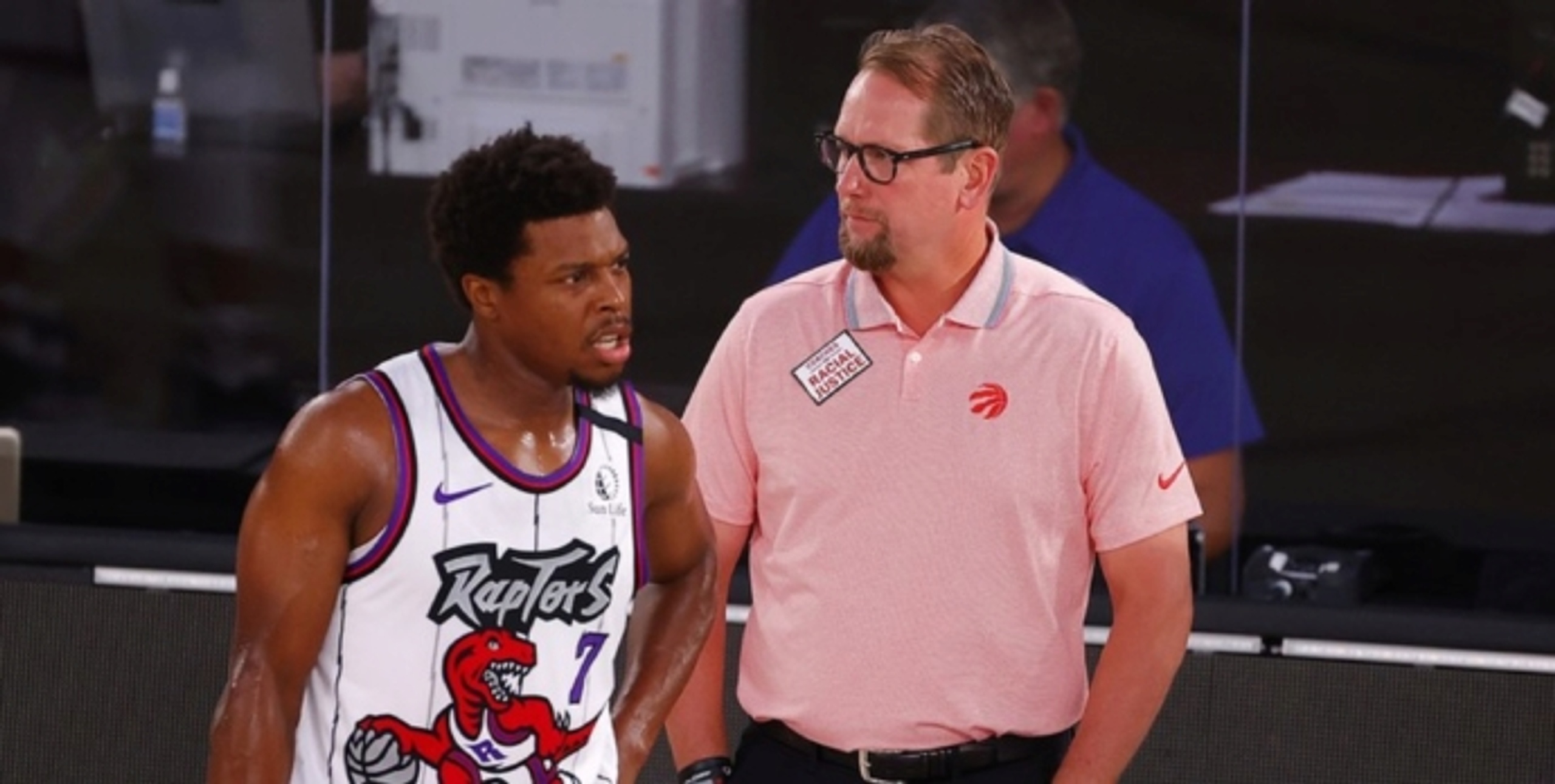 Toronto Raptors head coach Nick Nurse has been named the 2019-20 NBA Coach of the Year, the NBA announced.

Coaches were awarded five points for each first-place vote, three points for each second-place vote and one point for each third-place vote.  The voting was conducted based on regular-season games played through March 11.  The seeding games, which were played July 30 – Aug. 14 as part of the season restart, did not count toward voting for the NBA Coach of the Year Award or the league’s other traditional end-of-season awards.

In games played through March 11, Nurse led the Raptors (46-18, .719) to the second-best record in the Eastern Conference and the third-best record in the NBA even though the team’s top five players in scoring average missed at least 11 games each.  During this period, Toronto ranked second in the league in defensive rating despite a 28-game absence for starting center and 2012-13 Kia NBA Defensive Player of the Year Marc Gasol and the departure of two-time Defensive Player of the Year Kawhi Leonard in the 2019 offseason.

Nurse was named the NBA Eastern Conference Coach of the Month for games played in October/November (14-4) and January (12-3).  He guided the Raptors to a franchise-record 15-game winning streak Jan. 15 – Feb. 10.