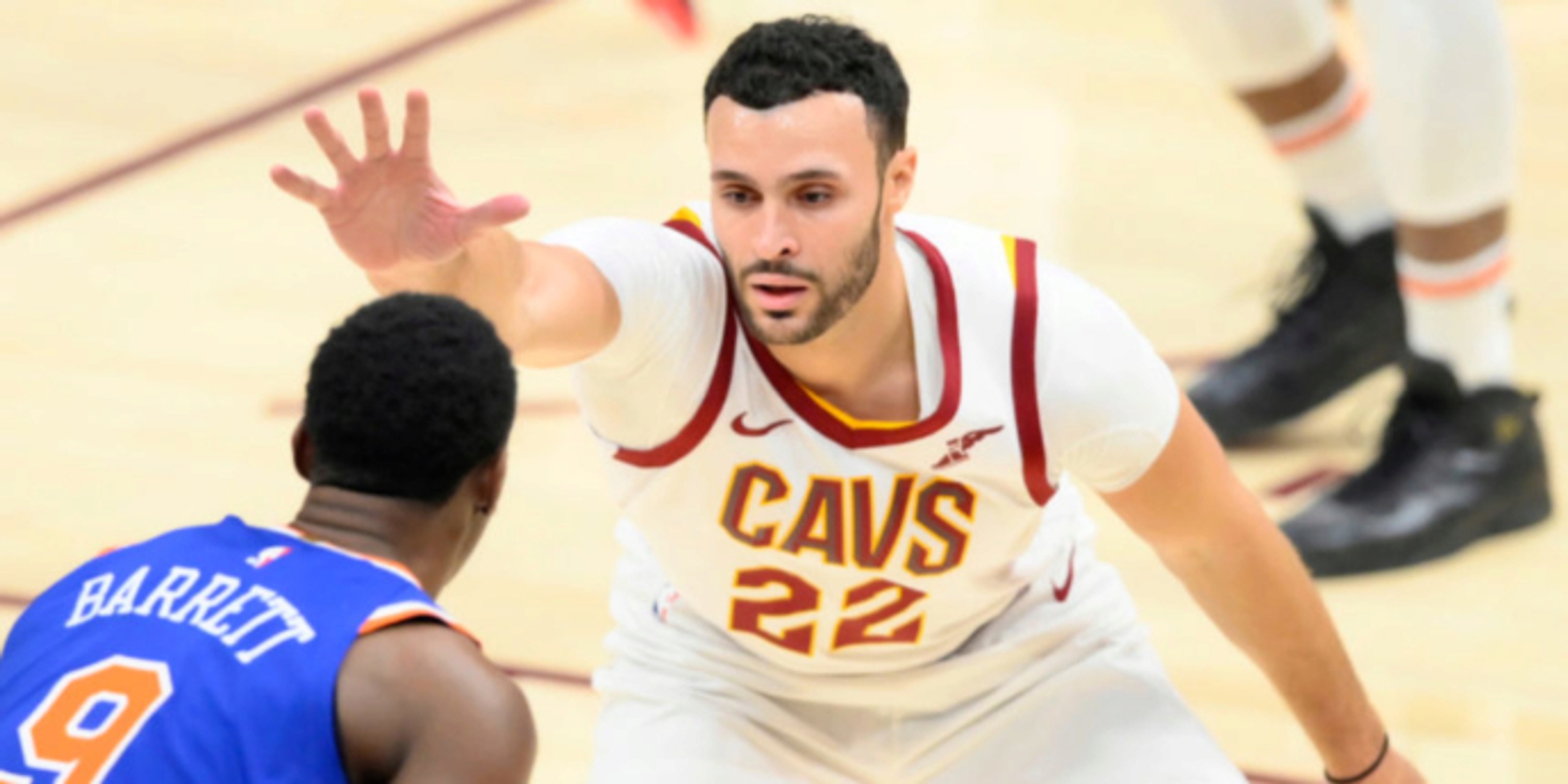 Feisty Cavaliers feel themselves growing as a team

Entering Monday night, the Cleveland Cavaliers were one of five undefeated teams in the NBA.

They led the league with 94 team assists, the most they’ve recorded since the 1992 season in the first three games. 42 of those assists were made by non-guards, which was good for second-most in the NBA coming into the week. As a result, the Cavs had converted a league-high 43.4 percent of their threes.

On the defensive end, Cleveland also came into the week leading the NBA in steals with 38 takeaways. They were also boasting the second-best defensive rating among the Association with a 100.3 defensive rating.

That’s throwing a lot of numbers at you, but the point is this: the Cavs have been playing for one another and the efforts have shown early on in this season. On both ends of the floor, there’s just a different feel under the guidance of head coach J.B. Bickerstaff and his mixture of developing youth and established veteran talent.

But when you go cold, everything tends to come unraveled. You can’t rack up assists if you’re not making shots. You can’t put points on the board if it’s not going through the hoop. You tend to try and get it all back at once instead of sticking to the game plan. When all of that happens, you’ve got to make sure you’re defending each and every possession to give yourself a shot.

That’s exactly what happened in Cleveland’s first loss of the season, a 95-86 struggle against the New York Knicks at Rocket Mortgage FieldHouse. Despite playing the right way and generating open looks, nobody could seem to hit water if they fell out of a boat, and it looked like the all-of-a-sudden-confident Knicks were on track to run them off their own floor.

However, these Cavs are a different type of animal, which is precisely what Bickerstaff is trying to establish. They forced 25 turnovers in the game, including six in the final quarter where they made a run at cutting down the deficit. In the past, Cleveland would’ve mailed in a game where the shots weren’t falling, but they kept battling until the very end.

“Last year or the year before, if we were missing this many shots, this is a game where we probably would’ve lost by 20, 25, 30,” Collin Sexton said after the loss. “[Tuesday], we just continued to fight, continued to play hard, continued to scrap...I feel like we’re growing. I can see the growth just because I’ve been here three years now. I know what type of team we have. I haven’t ever played with a team yet like this, so I’m excited.”

Larry Nance Jr., who is filling in for an ailing Kevin Love, felt the same sentiment.

“[Tuesday] night is one of those nights that is gonna happen in an NBA season. You look at some of the underlying numbers -- it just wasn’t our night,” Nance said after Wednesday's practice. “Normally, if you give up 95 points to a team, that’s a win. Our defense has been consistent and awesome throughout. Last year or the year before, if our offense wasn’t clicking, that would’ve turned into a blowout really fast ‘cause we just weren’t mentally tough enough to handle it.

“This year, we’ve battled, we’ve fought. We kicked, scratched and bit [until the] last second. Collin was up there pressing with 30 seconds left. We were in it and after it. But it’s hard to win when you shoot 22 percent from three. Shots are gonna fall, we’re not worried about that.”

Bickerstaff was pleased with the effort that was put forth. It wasn’t a matter of a lack of desire; rather, it was a matter of trusting one another to get back into the game instead of individually taking it upon themselves. Darius Garland said the best thing that could’ve happened for the Cavs in that game was to “take the lid off the rim.”

Watching the team this year has been a breath of fresh air, and it’s really a carryover from when Bickerstaff took over back in February. They’re playing up-tempo basketball off opponent misses, rarely getting stagnant and bringing a little bit of flash on at least one fastbreak possession per game.

Andre Drummond is swatting everything in sight via a block or a deflection. JaVale McGee is coming in off the bench doing the same, plus adding in a three per contest over his last few games. Sexton is scoring with the utmost aggressiveness, but has done so efficiently with a willingness to pass up a good shot for a great shot. Garland is his usual shifty self and is finishing with a soft touch around the rim, courtesy of an improved floater to get over the top of taller defenders. We still have yet to see Isaac Okoro come back from his ankle injury, and Cedi Osman's play off the bench had been superb in that role.

There’s a roster full of guys who can play multiple positions. Cleveland hasn’t had this luxury of size in quite some time.

It’s clear that Cleveland’s already put this loss to New York behind them, as they should with a six-game road trip coming up, starting with the Indiana Pacers in Indianapolis on New Year’s Eve.

“It’s about being honest. Telling people the truth is the most important thing in creating what we’re trying to create here," Bickerstaff said after the loss. “I think we’ll learn a lot. How we take the next step and the next step is when things don’t go your way, how do you respond?

"What’s Plan B? We’ve got to get back in the gym and continue to prepare ourselves and find our Plan B and execute our Plan B. You obviously hate to take the loss but you want to learn from it and be put in these positions so you can get better.”