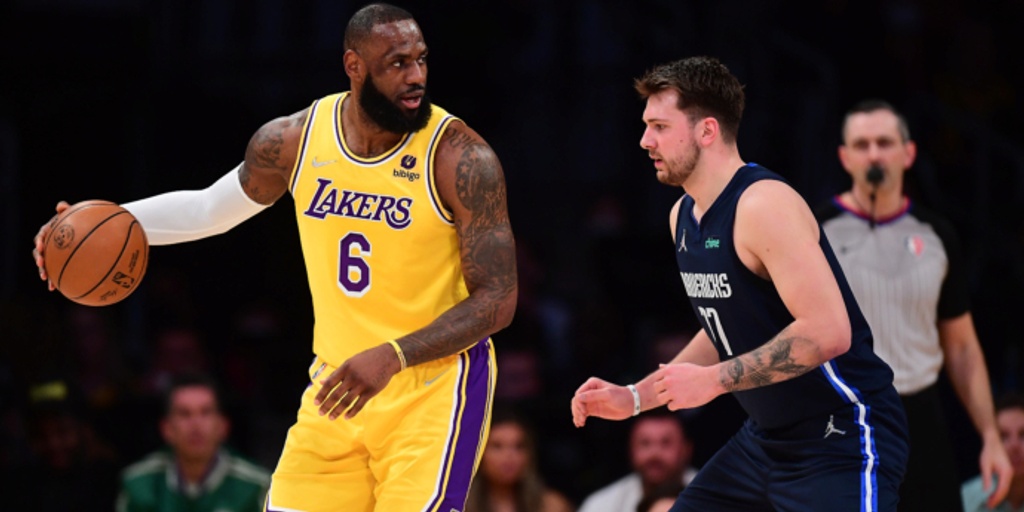 What is the ideal slate of NBA games for Christmas Day?

We've reached the dog days of the NBA offseason. The draft has passed, the fun part of free agency is over with, and the trade market is currently frozen in light of the Kevin Durant and Donovan Mitchell sagas reaching stalemates.

The closest thing we've gotten to on-court news this week came via Chris Haynes of Yahoo Sports. In a Laker-centric piece, he revealed their plans to run next season's offense through Anthony Davis — and what does that really mean? — and hopes that Russell Westbrook shoots better on corner threes.

If we're not getting games right now, and the transaction mill is essentially paused, the next best thing is... schedule news? Schedule news it is.

The Athletic's Shams Charania gave us an opening-night nugget on Saturday, reporting that the Golden State Warriors will open their season at home against the Los Angeles Lakers. A little later, Marc Stein gave us his second Christmas note of the weekend, following up Friday's report of a Lakers-Mavericks matchup with news that the Warriors would take on the Memphis Grizzlies on Christmas Day.

I want to hone in on the Christmas portion for a moment, because it's one of many things that I get irrationally annoyed about. In an ideal world, we simply wouldn't have basketball games on Christmas. It truly should act as a day off so players can spend time with their families. But if we're going to get games, we need high-level matchups. I want to see great teams — not historically great teams, but teams that are, or project to be, great during the season — face off. I want to see a mix of established and up-and-coming stars.

The league has nailed the latter with these leaked matchups, at the very least. Putting the Warriors and Grizzlies together on Christmas was low-hanging fruit. Stephen Curry is at his apex; Ja Morant played MVP-caliber basketball for a large portion of last season. Their playoff matchup screamed "this is a rivalry in the making" — it would make sense to capitalize on that.

I do wonder if we're going to get a fully maximized version of this matchup, and that's mostly because versatile Grizzlies big man Jaren Jackson Jr. will miss the beginning of the season as he recovers from right foot surgery. He was given a four-to-six month timeline; if it's closer to six months, we may not see him until December. The Grizzlies would likely be conservative with him, either putting him on a pitch count, holding him out of some games (likely back-to-backs) or some combination of the two.

It's easy to see the draw for Lakers-Mavs. LeBron James and Luka Doncic are the premier point-forwards in the NBA at this point. It screams torch-passing in a way, with LeBron on the downslope of his otherworldly career and Doncic coming off his first deep playoff run.

I just don't know what to make of either of these teams right now.

With all due respect to new head coach Darvin Ham, I think it's fair to say that the Lakers aren't exactly sold on their starting point guard. Both LeBron and Davis have missed chunks of games over the past two seasons; you'd hope both will be available by the time Christmas rolls around.

On the Mavs front, I'm curious to see what they're going to look like without Jalen Brunson. Sorting out the frontcourt combinations with Chrstian Wood (shout out for the low-risk, moderate-reward move), JaVale McGee, Maxi Kleber and Dwight Powell should be interesting. This could be a case of both teams trying to find themselves by the time their matchup comes around.

The other three games have yet to be released, but here's what I'd like for the slate to look like.

If the league wants a cross-conference matchup, Suns-Bucks would be a fun Finals rematch in place of Heat-Bucks. While I'd love to see Nuggets-Timberwolves, I think something like Clippers-Pelicans — with Kawhi Leonard, Paul George, Brandon Ingram and the triumphant return of Zion Williamson — will end up being too hard to pass up.

[UPDATE: The Nuggets and Suns will reportedly face off on Christmas, according to Mike Singer of the Denver Post.]

And if we don't see fireworks with the Brooklyn Nets before the season starts, surely they're going to get a game, right? A Nets-Celtics first-round rematch would be on the table. Nets-Clippers would have all the star power you'd want. And of course, the storylines for a Nets-Sixers game would write themselves.

The NBA has some tough choices to make, but this is also a testament to how much talent is in the league right now.