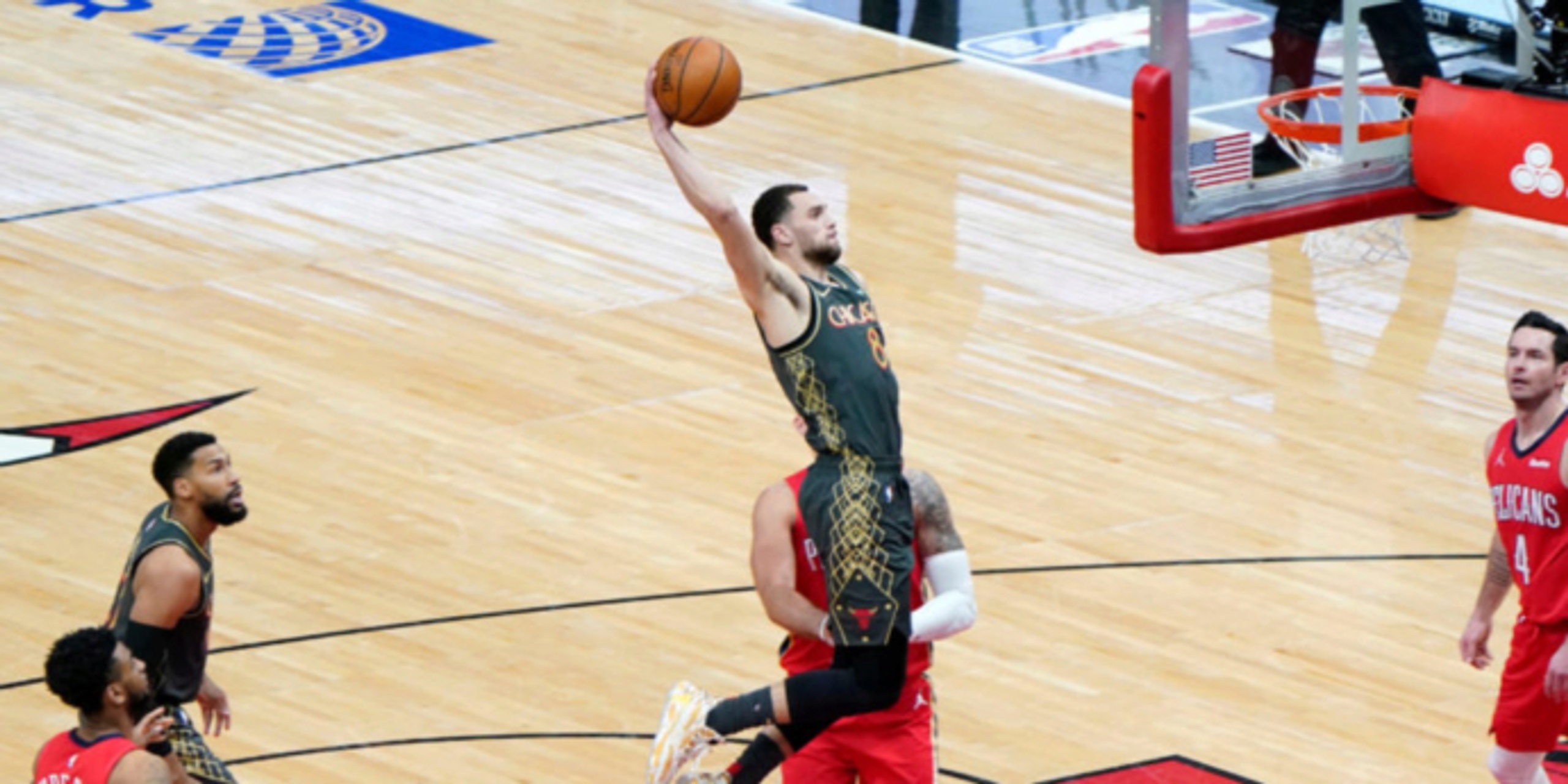 Zach LaVine, Coby White are first teammates with 8 threes in a game

Chicago Bulls teamates Zach LaVine and Coby White made NBA history on Wednesday. They became the first pair to each knock down eight or more three-pointers in the same game during the Bulls' 129-116 win over New Orleans.

LaVine exploded for 46 points in the victory, along with seven rebounds and four assists, and canned nine of his 14 three-point attempts. The second-year White scored 30 points and dished out seven assists while making eight threes.

Behind their efforts, Chicago also set a new franchise record with 25 threes in a game. They improved to 10-14 in the win, while the Pelicans dropped to 11-13.