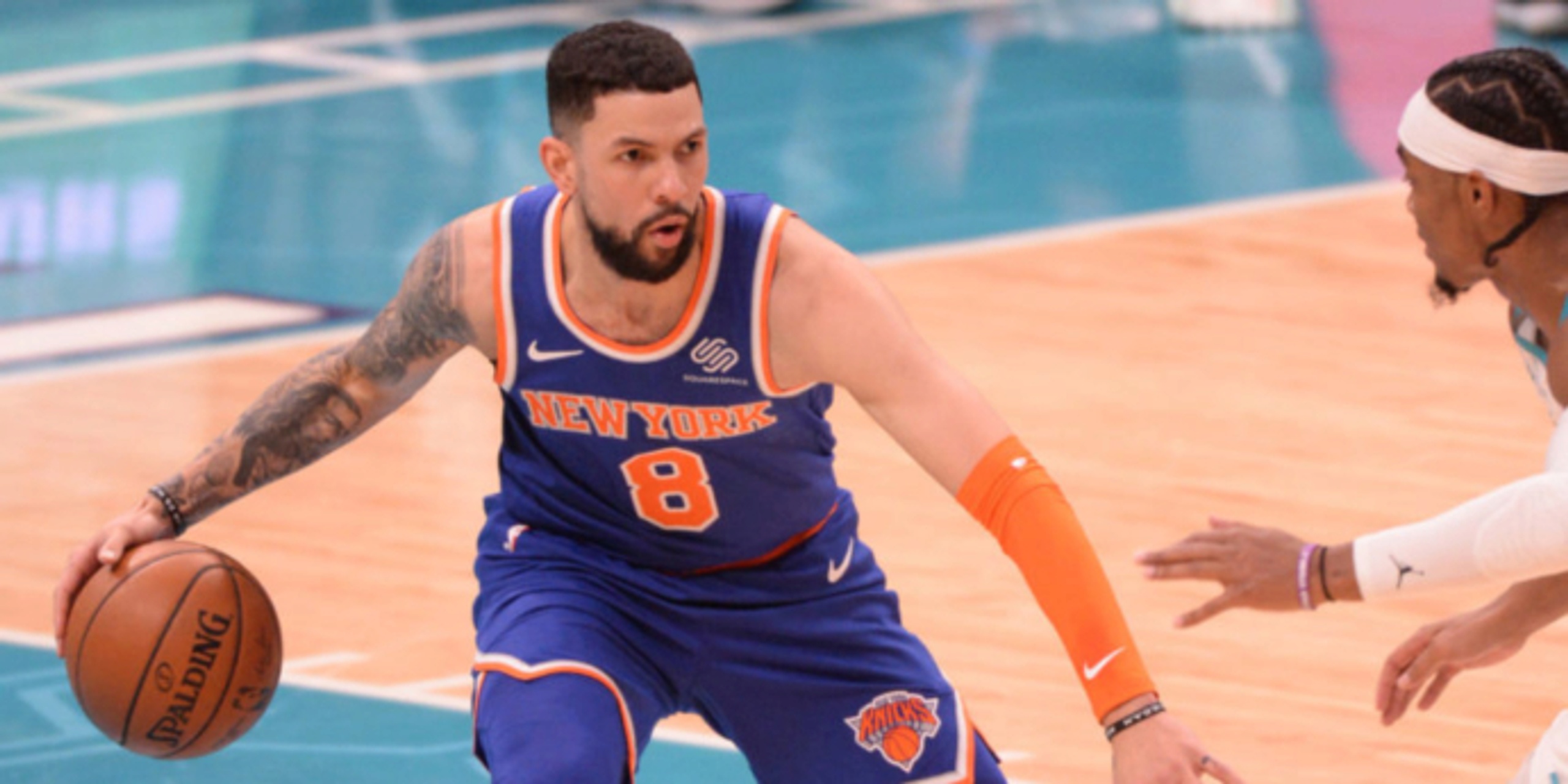 While the NBA’s trade deadline is one of the busiest days of the year, there are plenty of names that are talked about, but ultimately don’t end up being traded. That doesn’t mean that the player movement is done for the year. In fact, this year may see bigger names bought out and signed than you see them traded.

The buyout market often brings more hope than it does productivity. The last player to receive a buyout and then play over 100 minutes in the playoffs for a team that won a championship was Peja Stojakovic for the Dallas Mavericks all the way back in 2011. More often than not, this type of move isn’t made for a difference-maker. But this is as abnormal of a season as we’ve seen in the NBA, so this very well may be the year that things change.

Below are some of the players that could end up in the buyout market after the dust settles.

The Cavaliers have been shopping Drummond ever since the team jumped in and acquired Jarett Allen from Brooklyn as part of the James Harden deal. The issue with shopping Drummond on the trade market was that few teams had the ability to absorb his cap hit of nearly $30 million. He hasn’t played for Cleveland since the beginning of February and will be recieving a buyout. Signs seem to indicate him heading to the Los Angeles Lakers, although the Boston Celtics and Dallas Mavericks also may have interest.

The Spurs very rarely make trades during the season, and despite publicly announcing earlier this month that the organization had agreed to part ways with Aldridge, no team traded for him and he will be bought out by the Spurs. While Aldridge isn’t the player he once was, he still is a player that can help a winning team make a push in the playoffs. His numbers this year are the lowest since his rookie year in the NBA, but never underestimate what a change of scenery can do for a player with a desire to win. The Miami Heat and Phoenix Suns are two teams to watch here, and it’s worth noting he did take meetings with both franchises prior to signing with the Spurs in 2015.

When the New York Knicks traded for Derrick Rose earlier this season, it made Austin Rivers a very expendable player -- and one who likely won’t finish the season in New York. If he’s bought out, he’s capable of providing a scoring punch off the bench for a team that needs it. The Milwaukee Bucks could be a relatively intriguing fit. Rivers was dealt to the Thunder as part of a trade that saw George Hill end up in Philadelphia, but still could be bought out.

Ever since signing a max deal with the Heat a few years back, Whiteside has been a bit of an afterthought in the NBA. Now, he’s in Sacramento and not seeing the floor too often. He’s played in 27 games off the bench for the Kings, averaging just 14.7 minutes per game. Maybe he can be an end of the bench “break glass in case of emergency” big man on a team that has a roster spot available.

Dieng isn’t going to change the equation for a team that’s vying for a championship, but he can add a bit of frontcourt depth to a team that needs it. Dieng isn’t very mobile, but has a reliable jumper and can protect the rim at a passable level. He’s also a good fit in almost any locker room.

The Rockets parting ways with McLemore could mean that a contender adds a depth piece in their backcourt. While McLemore hasn’t had a great year in Houston this is a situation that could change with a new change of scenery, or serve as an insurance policy for a team with higher-end guards.

Teague was part of the trade that sent Evan Fournier to the Boston Celtics on Thursday, and was told that he will be waived and hit the open market, according to The Athletic. Teague hasn't been very effective this season in Boston, and didn't have a great year last year between Minnesota and Atlanta. It could, however, make some sense for him to head back to the Hawks after Rajon Rondo was traded away for Lou Williams. He could provide veteran leadership to the franchise that was home to his best days.

Like Teague, the Magic acquired Porter Jr. on Thursday. Porter Jr. was sent to Orlando with Wendell Carter Jr. and a pair of first-round picks for Nikola Vucevic. It's not a certainty that Porter Jr. is bought out by Orlando, but if he is there will be interest on the open market for him. He could be a wing defender off the bench for a team like Boston, Milwaukee, or Golden State if it does happen, though.

Parker hasn't lived up to the expectations that come along with being the No. 2 overall pick, as he once was. He's been on the Kings this season but has played in just three games and will be released, according to The Athletic. It's tough to envision Parker making an impact on a contender right now, but he could be the ultimate buy low lottery ticket for a team should he be able to stay healthy and earn playing time.