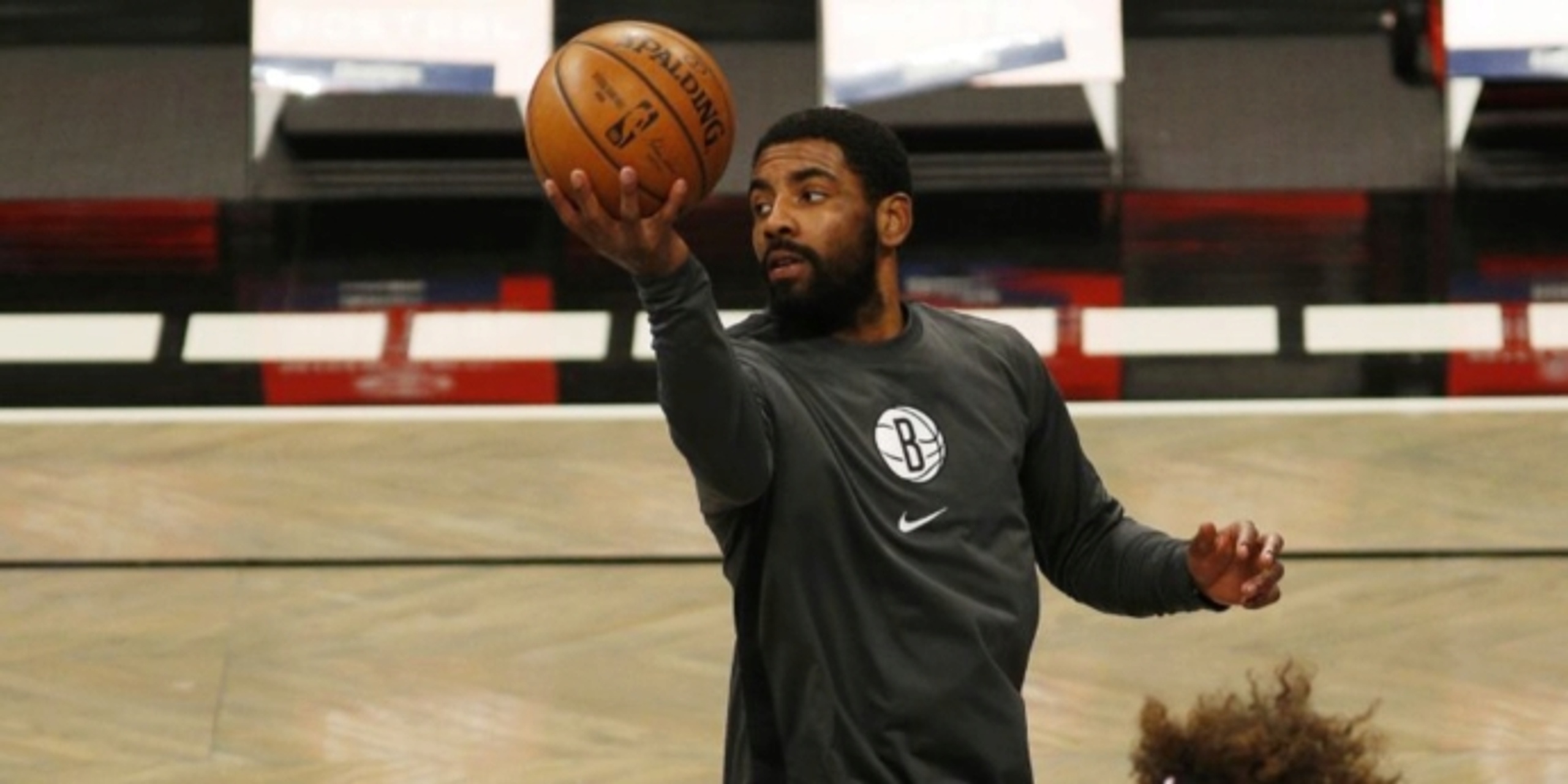 Communication between Kyrie Irving and the Brooklyn Nets "has been minimal, but the front office has made it clear that they’re unhappy with the superstar’s actions," according to Anthony Puccio of The Association. Puccio adds that "the team's patience is growing thin."

Irving has missed the last four games due to "personal reasons" and the Nets have refused to provide any details. Nets head coach Steve Nash found out about Irving's absence moments before the team's game against the Philadelphia 76ers on Thursday.

After videos surfaced showing a maskless Irving dancing in a club and celebrating his sister's birthday, the NBA announced that they were investigating the situation. If they determine that the videos are recent and that he broke the league's health-and-safety protocols, it's possible that Irving could be punished or forced to quarantine.

“We are aware of a video on social media featuring Kyrie Irving at a family gathering. We are reviewing the circumstances with both Kyrie and the NBA in order to determine compliance with health and safety protocols. Kyrie remains away from the team due to personal reasons. A date of his return has yet to be finalized. In the meantime, we will continue to stay focused on our organizational goals.

"Kyrie will have the opportunity to address his absence when he is ready to do so.”

Irving is expected to miss at least the next two games, and he could be sidelined even longer.

The Nets are currently 5-6, which is the 10th-best record in the Eastern Conference.