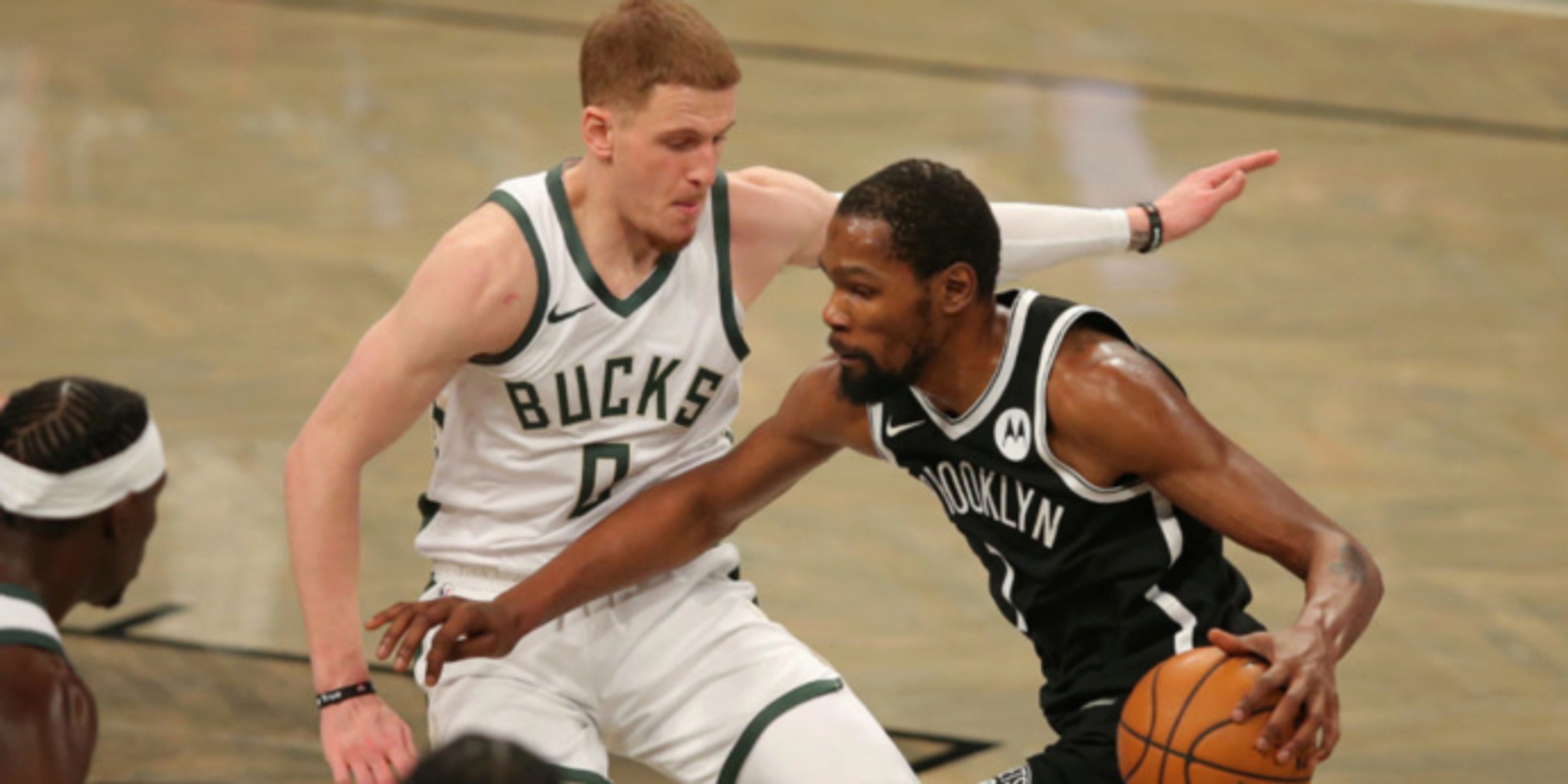 Kevin Durant off to hottest scoring start in NBA career

Entering the 2020-2021 NBA season, Kevin Durant's return from an Achilles tear was one of the must-follow storylines around the NBA. And through 11 games, the superstar forward has silenced doubters.

Durant is off to his strongest scoring start ever. According to CBS Sports, the Nets' leader has put up a whopping 337 points through his first 11 games -- more than any other season in his career. Durant is averaging 30.6 points per contest while shooting 54.1 percent from the floor and 48.4 percent from deep. Those shooting splits would each be career highs if he managed to keep them up for the remaining 61 games.

In last night's marquee matchup against the Milwaukee Bucks, Durant put up 30 points, nine rebounds and six assists to help the Nets win in a 125-123 showdown. His smooth shooting stroke was on full display, even with some tenacious defense from Bucks win Khris Middleton. During Brooklyn's four-game winning streak, the 32-year-old has averaged 33 points per game, including a season-high 42 against the Orlando Magic.

The Nets figure to be in the NBA title hunt if Durant continues at a blistering pace. After acquiring James Harden this past week, Durant should see more one-on-one matchups with Harden and Kyrie Irving relieving some of the pressure. This could allow Durant to keep setting records as one of the best all-around players in basketball.