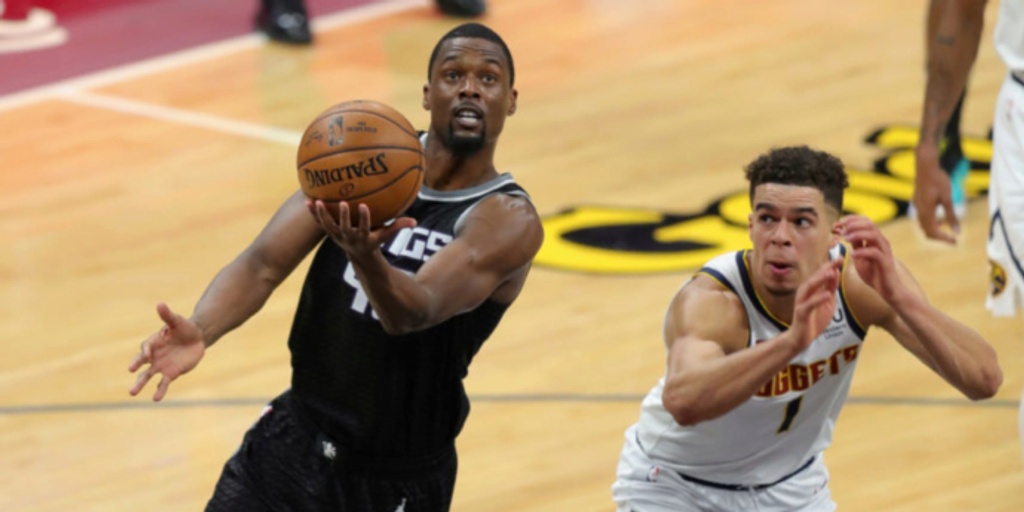 Celtics monitoring Harrison Barnes, Kings have 'no interest' in trading him

Sacramento Kings forward Harrison Barnes is reportedly known to be on the trade radar of the Boston Celtics.

ANALYSIS: Amick also adds, "To this point, sources say teams have been given the impression that the Kings have no interest in moving Barnes."

The 28-year-old is averaging 16.7 points, 6.5 rebounds and 3.5 assists while shooting a strong 41 percent from long range. At $22 million, his contract would make sense for the Celtics as they look to use a $28.5 million traded player exception. Danny Ainge has said in the past that he is looking for "shooting with size" in a potential deal.