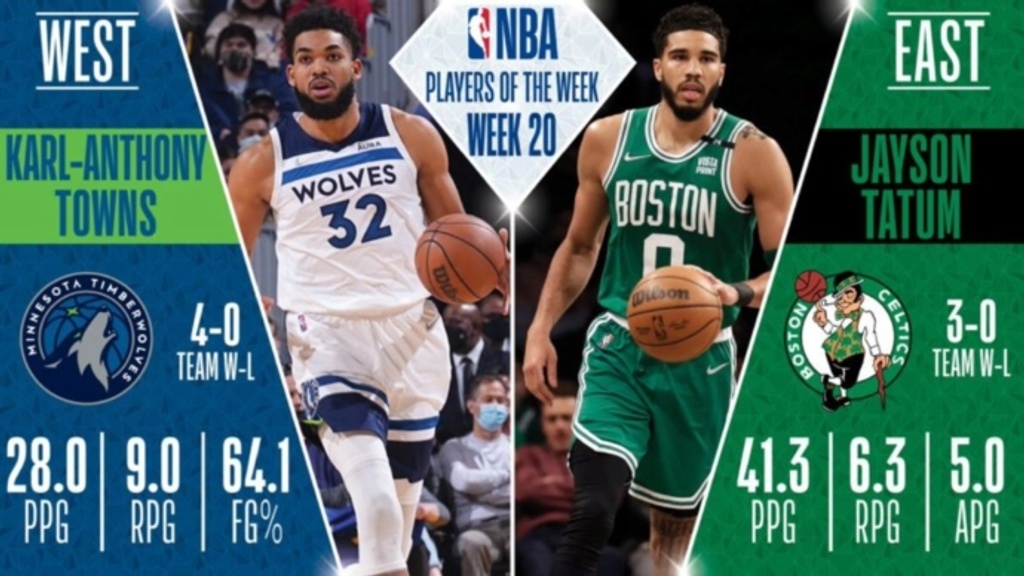 The NBA has named its Players of the Week for the first week of March.

Jayson Tatum and Karl-Anthony Towns were announced as Players of the Week in their respective conferences. Tatum averaged 41.3 points, 6.3 rebounds, and 5.0 assists a game to help the Celtics go undefeated while Towns averaged 28.0 points, 9.0 rebounds, and put up a field goal percentage of 64.1% to help Minnesota do the same.

Minnesota Timberwolves center Karl-Anthony Towns and Boston Celtics forward Jayson Tatum have been named the NBA Western and Eastern Conference Players of the Week, respectively, for Week 20 of the 2021-22 season (Feb. 28 - Mar. 6). pic.twitter.com/O8kxL2nX6c