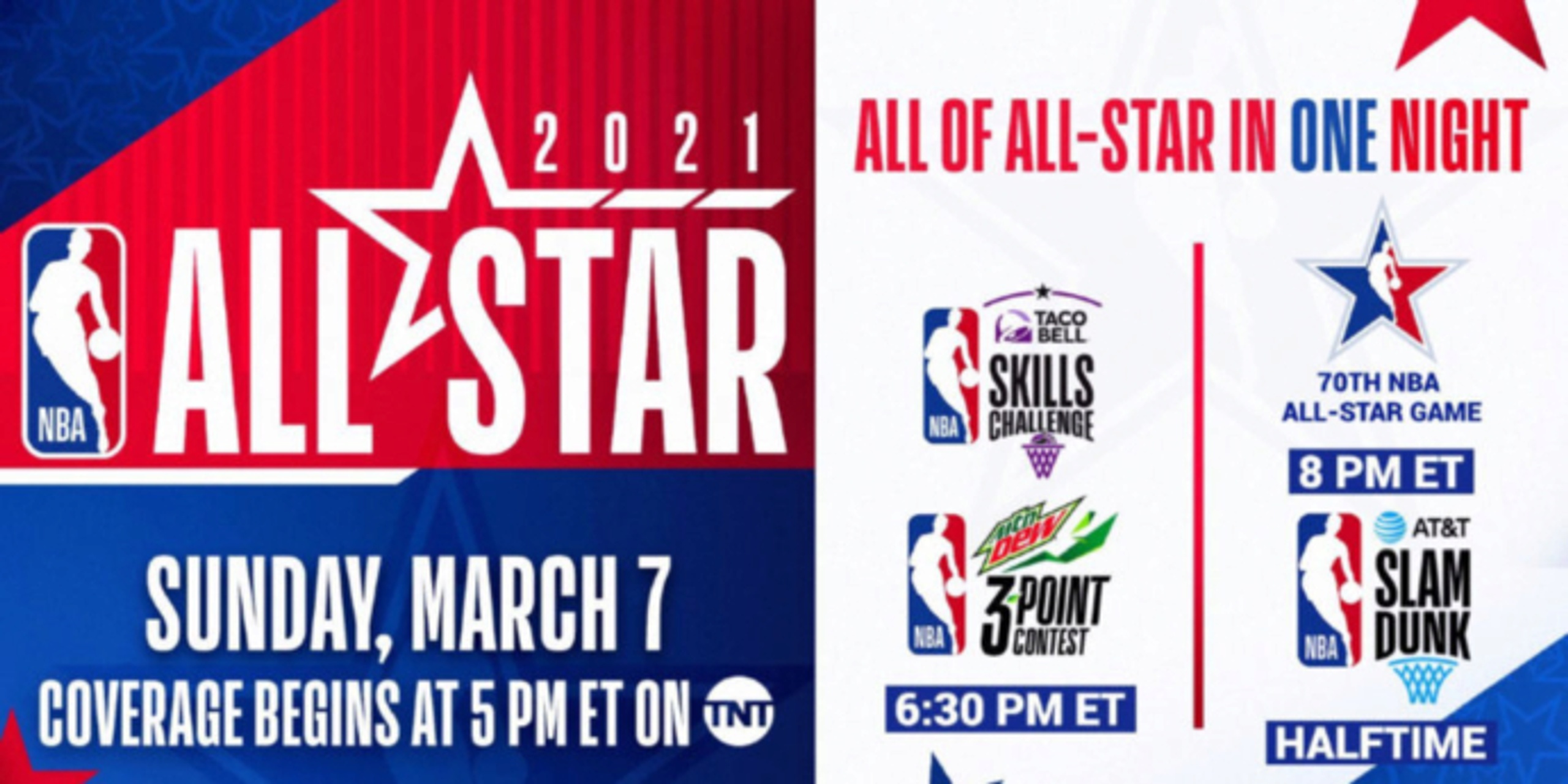 The NBA announced the procedure for their All-Star festivities for March 7. The Slam Dunk Contest will be at halftime, while the Skills Challenge and Three-Point Contest will be pregame. The league also noted that it will commit over $2.5 million in funds to support HBCU institutions.

Here's a portion of the league's statement:

NBA All-Star 2021 will be held on Sunday, March 7 at State Farm Arena in Atlanta, home of the Atlanta Hawks, where the league’s annual global celebration of the game will take place on one night for the first time, with oncourt action beginning at 6:30 p.m. ET on TNT.  As part of this year’s events, the NBA and National Basketball Players Association (NBPA) announced that they will commit more than $2.5 million in funds and resources toward Historically Black Colleges and Universities (HBCUs) and support and awareness around equity and access to COVID-19 care, relief and vaccines.

TNT’s NBA All-Star coverage will begin at 5 p.m. ET with TNT NBA Tip-Off presented by CarMax, followed by the Taco Bell® Skills Challenge and MTN DEW® Three-Point Contest starting at 6:30 p.m. ET.  Coverage of the 70th NBA All-Star Game will begin at 8 p.m. ET, with AT&T Slam Dunk taking place at halftime. The game will follow the same format as last year, with the teams competing to win each quarter and playing to a Final Target Score during the untimed fourth quarter.

In partnership with the Thurgood Marshall College Fund (TMCF), UNCF (United Negro College Fund), National Association for Equal Opportunity (NAFEO) and Direct Relief’s Fund for Health Equity, the NBA, NBPA and NBA All-Star 2021 partners, including AT&T, MTN DEW® and Taco Bell®, will highlight the importance of HBCUs and raise awareness around the disparate impact of COVID-19 on communities of color.  In addition, All-Star will feature special performances by HBCU musical groups and unique storytelling and content by distinguished alumni and students.

For NBA All-Star 2021, the NBA and NBPA have established additional measures to supplement the league’s current Health and Safety Protocols.  These include private travel to and from Atlanta, the creation of a “mini bubble” environment within a single hotel for players and coaches, and enhanced PCR testing.  More information is available here.  Additionally, for the well-being and safety of the greater Atlanta community, there will be no fan activities, ticketed events or hospitality functions as part of All-Star.

“NBA All-Star in Atlanta will continue our annual tradition of celebrating the game and the greatest players in the world before a global audience," said NBA Commissioner Adam Silver. "In addition to the festivities on the court, the All-Star Game will honor the vital role HBCUs play in our communities and focus attention and resources on COVID-19 relief, particularly for the most vulnerable.”

Additional details regarding NBA All-Star 2021 and the date of the NBA All-Star Draft will be announced in the coming days.

MORE:
NBA News

Bulls, Cavaliers are the most-injured teams over the past 3 seasons
NBRPA names Dave Cowens, Grant Hill, others to Board of Directors

Featured News

NBA Expansion Mock Draft: What would a new expansion team look like?
22h
What is the ideal slate of NBA games for Christmas Day?
17h
NBA passes 70 million Instagram followers, ranks top-10 among brands
2 days
How can the Thunder and Shai Gilgeous-Alexander balance their needs?
2 days
Tom Izzo agrees to five-year rollover contract with Michigan State
3 days
Bill Russell’s No. 6 jersey to be retired throughout NBA
3 days
How Rudy Gobert and Karl-Anthony Towns can work as Timberwolves' duo
3 days
Subscribe to our newsletter
SUBSCRIBE
Follow Us



Basketball News
Home
Podcasts
Scores
Draft
Stats
News
Charts
Contact
Contact Us
Advertise With Us
Terms Of Use
Privacy Policy
Do Not Sell My Personal Information
Cookie Policy
Download Our App!
Stay up-to-date on all things NBA
Copyright © BasketballNews.com 2020. All Rights Reserved.
