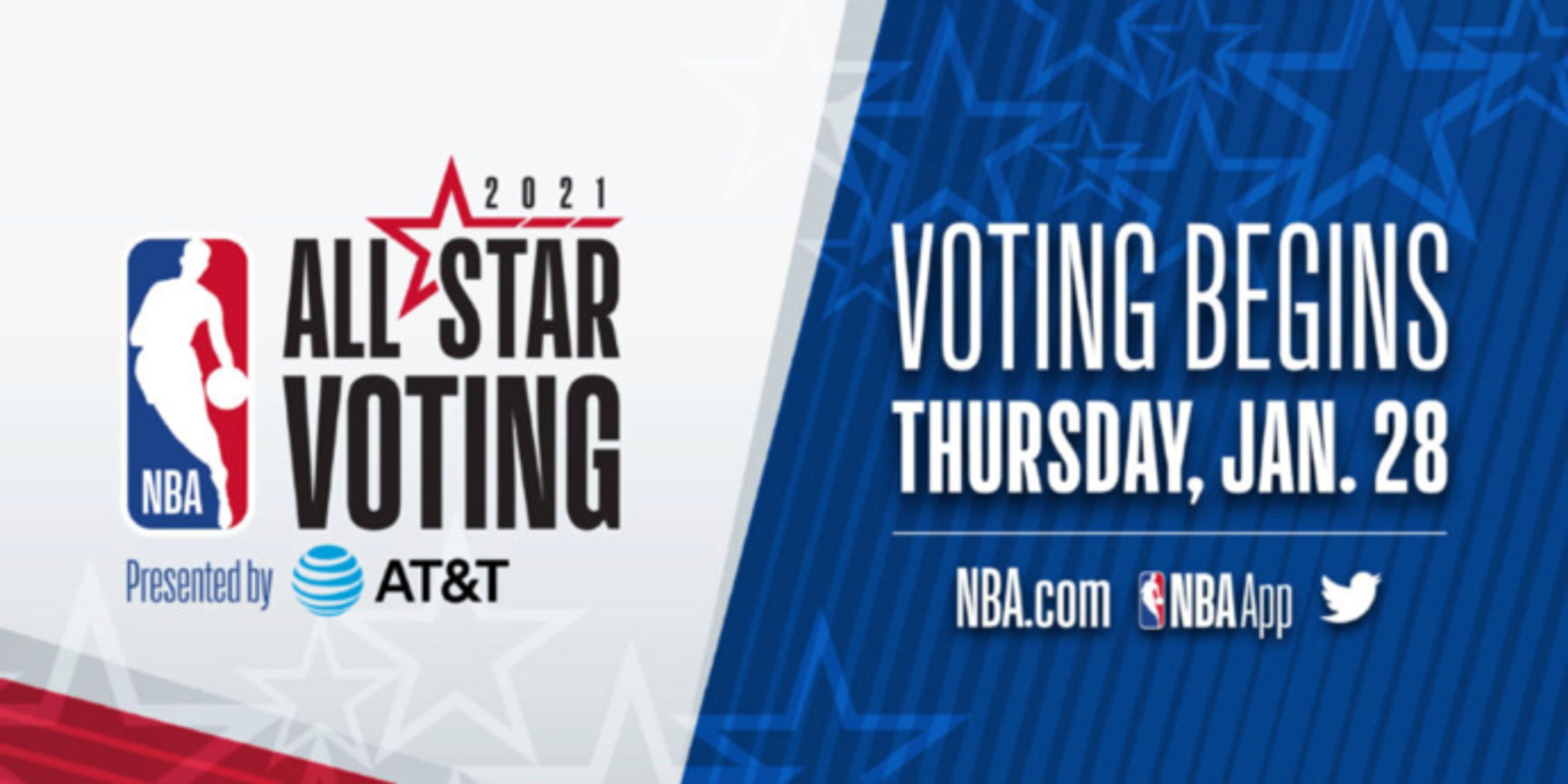 "NBA All-Star Voting 2021 presented by AT&T, the official 5G wireless network of the NBA, will tip off tomorrow, Thursday, Jan. 28 at noon ET and conclude on Tuesday, Feb. 16 at 11:59 p.m. ET, giving fans the opportunity to vote for the NBA All-Star starters.

"Discussions surrounding a potential NBA All-Star Game are ongoing.Throughout the voting period, fans may submit one full ballot each day via the NBA App and NBA.com, as well as vote for up to 10 unique players per day on Twitter.  All current NBA players will be available for selection.  Five “2-for-1 Days” will allow fans to have their votes count twice on Jan. 30, Feb. 2, Feb. 4, Feb. 13 and Feb. 16 through Twitter, NBA.com and the NBA App voting platforms.  All “2-for-1 Days” will be designated from midnight ET – 11:59 p.m. ET.

"NBA players and media will join fans in selecting the NBA All-Star starters.  Fans will account for 50 percent of the vote, while all current players and a media panel will account for 25 percent each.  Players and media will be able to complete one ballot, featuring three frontcourt players and two guards from both the Eastern Conference and the Western Conference.After all votes are tallied, players will be ranked in each conference by position (guard and frontcourt) within each of the three voting groups – fan votes, player votes and media votes.

"Each player’s score will be calculated by averaging his weighted rank from the fan votes, the player votes and the media votes.  The two guards and three frontcourt players with the best score in each conference will be named NBA All-Star starters.  Fan voting will serve as the tiebreaker for players in a position group with the same score.Fan voting updates will be shared on Thursday, Feb. 4 and Thursday, Feb. 11.