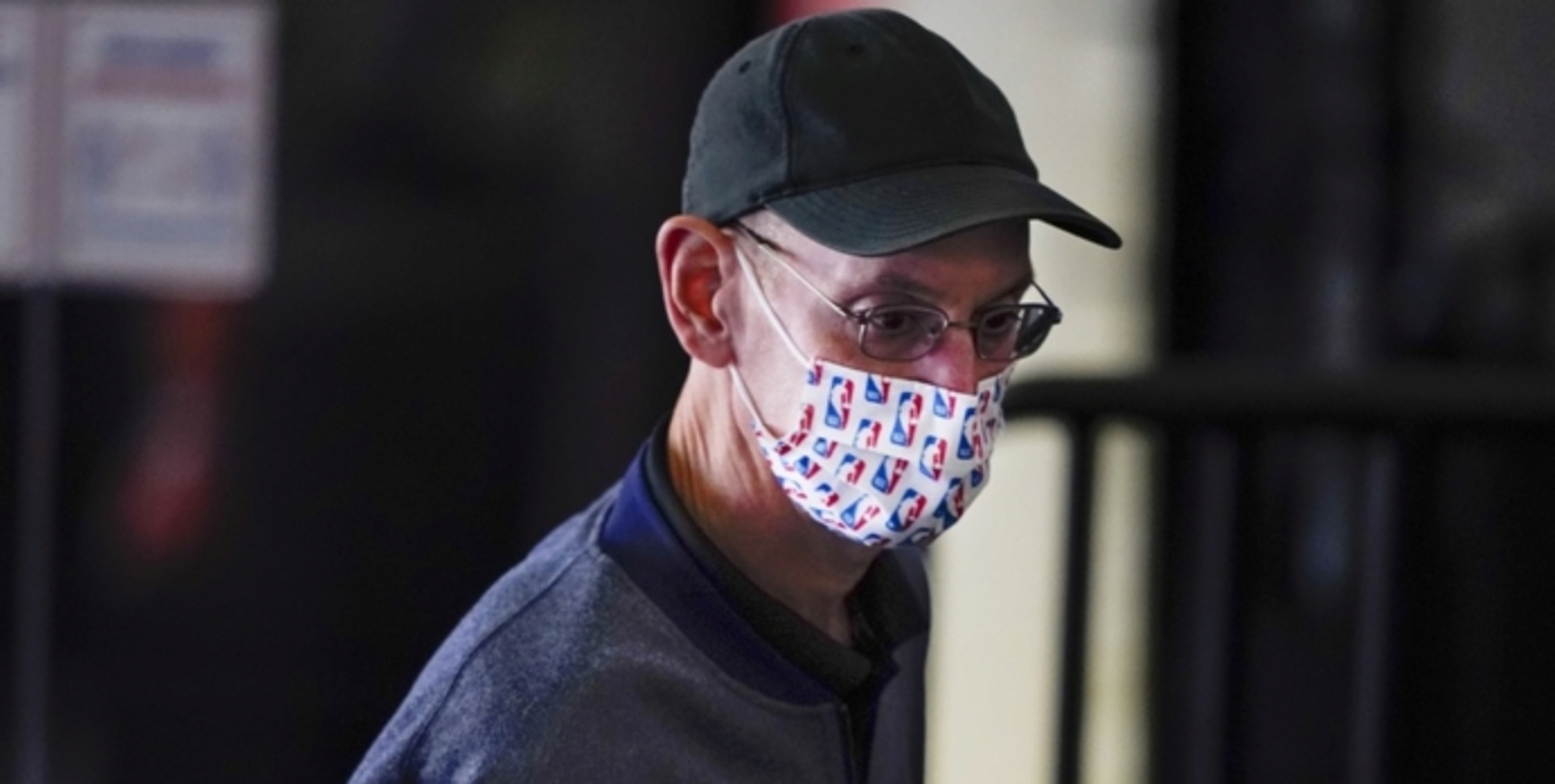 Without quantifying exactly how many positive tests there have been, Silver said there have been some cases among the approximately 6,500 workers at the ESPN Wide World of Sports complex in Lake Buena Vista, FL, where the NBA has been operating since July.

No NBA players have tested positive.

But the workers who come in and out of the facility have always been an infection risk, and Silver’s disclosure was somewhat shocking.

“As I mentioned earlier, there’s 6,500 people working to stand up this campus, and many of them go on and off the campus and many of them are not tested on a regular basis. There’s a program, there’s voluntary testing, and some of them have tested positive,” Silver said. “I think it just demonstrates that these protocols we’re all following are working, the fact that somebody could test positive, be isolated, get treated and haven’t affected others, and with a bit of luck, honestly, too.”

The NBA deserves a ton of credit for putting the bubble together in such short notice, and they've done a fantastic job of keeping the campus safe for everyone in attendance.

Silver’s news conference represented the first time in months that he has been available to the media, and he touched on a wide array of subjects. However, he did not have a lot of firm answers regarding league timetables other than saying the Nov. 18 NBA Draft is a date that will likely stick.

The NBA continues to monitor what is happening in other major sports leagues to determine how to proceed forward with next season, and plans are subject to change on a daily or even hourly basis depending upon developments around the country as the pandemic continues.

One positive test among the two remaining teams could alter the schedule for the NBA Finals, and everyone representing the NBA in the bubble is tested on a regular basis.

The irregular and voluntary aspects of worker testing had not been previously disclosed.

“We always have to recognize that something could happen. I don’t anticipate it and everything has worked well, but it’s just how vigilant everybody has to continue being on this campus,” Silver said.

The availability of quick COVID tests later this year will be one of the factors impacting whether the NBA can return and play in front of fans, which is something Silver has said is his goal if it can be done safely.

But with the coronavirus in the United States continuing to change in different geographical regions, it is a fluid situation.

“In terms of what we’ve learned, I think first and foremost it’s a message — I don’t want to sound too grandiose — to the country, that the basic protocols that we’re all following are working,” Silver said. “I mean, the testing is only needed to demonstrate that at this point. By wearing a mask, by exercising appropriate protocols - hand washing, appropriate cleanliness, by maintaining physical distance - as the cameras can show, as you are all sitting in this room, that’s what’s working.

“What our athletes are doing are taking off their masks and breathing each other’s air. That’s where — we’re seeing this in the NFL, too - you need to test on a regular basis. Not because the testing obviously prevents anyone from getting it, but by quickly isolating that player, it’s going to avoid spread and avoid infecting others, as well.”

Silver was responding to a question about what COVID-related lessons can be learned to help the NBA moving forward.

“I think we’re learning that it can be done, that you can strike a balance between public health and economic necessity, and that’s what we’re seeing in this country,” he added. “They’re all valid, and it’s not just whatever the scientists say and it’s not just whatever the politicians say. Ultimately, the people in government have to make these decisions. But all of these are public-health issues, not just COVID-19.”

Silver also said he did not expect a vaccine to be widely available anytime soon.

Based on everything reported, there’s almost no chance that there will be a vaccine before the start of next season - at least not one that is widely distributed. Because of this, it’s possible we’ll see fans in the stands even if there’s not a vaccine (especially if rapid testing becomes widely available). It may not be 19,000 people in the building, we’ll see, but with appropriate protocols in terms of social distancing and with advanced testing, the NBA should be able to resume play in front of fans.

There’s still some time to figure that all out, and the specifics may depend on the region too.

“Many of these decisions we also have to deal with state by state, and in some cases city by city, restrictions on how many people can gather, as well,” Silver said. “Again, I’m hopeful that based on what we’re learning, based on protocols, based on testing, we will be able to have games with fans next season prior to full distribution of a vaccine.”