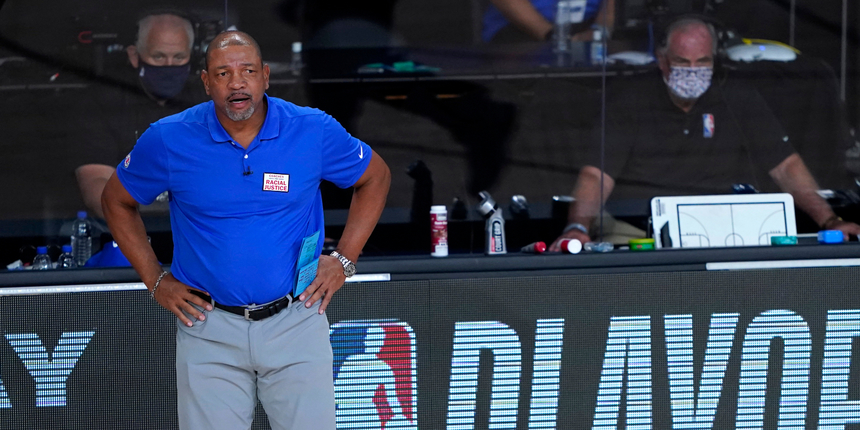 Doc Rivers is 'a serious candidate' for 76ers

Update: Source: Doc Rivers is currently with the Sixers brass and will watch Game 1 of the NBA Finals with them. A job offer is expected to follow soon.

Original report: According to Shams Charania of The Athletic, the 76ers and Doc Rivers are expected to meet locally in the team's hometown.

ANALYSIS:  We knew it wouldn't be long before Rivers found himself back in the head coaching conversation; in just three days, he's already drawn interest from multiple teams. The Sixers have been looking for answers and a new voice, and with superstar talent in the building, the former Los Angeles Clippers leader looks like he will be signing with Philadelphia, according to sources.

Rivers had met with the 76ers earlier Wednesday and apparently the talks went well as they are now likely to offer Doc a job later tonight.