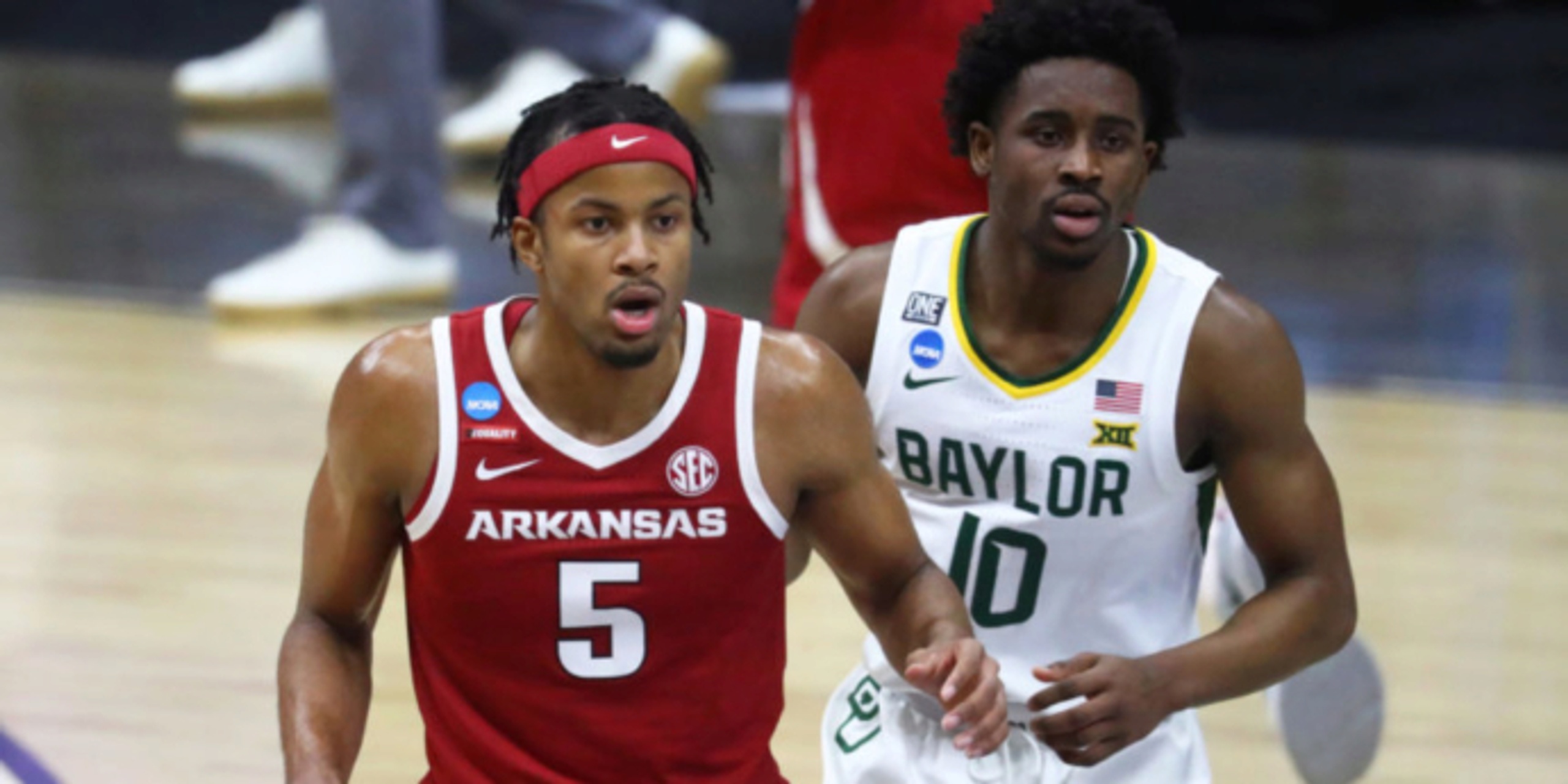 In today's NBA, three-point shooting and consistent defensive pressure are at a premium. That's how Arkansas shooting guard Moses Moody has made a name for himself ahead of the 2021 NBA Draft.

The freshman was a focal point with the Razorbacks this past season as they surged to the NCAA Tournament. Before that, he was a key cog in the legendary Montverde Academy high school squad that consisted of three other NBA Draft entrants in Cade Cunningham, Scottie Barnes and Day'Ron Sharpe.

Now, Moody is off to the league, where he'll bring a modern skill set that every team should covet.

"I'm very adaptable," Moody said at the NBA Draft Combine in Chicago. "I can obviously knock down shots, I can defend multiple positions [and] I can pass pretty well."

Moody averaged a strong 16.8 points and 5.8 rebounds per game while shooting 35.8 percent from the three-point arc last season. At Arkansas, he got to show off more of his strength and athleticism in a creator role, which he thinks is an underrated facet of his game.

"I think I'm more athletic than I'm given credit for," Moody said. "And then obviously my off-dribble game, I've got a little bit more of that than I've been shown."

He's most comfortable firing away from long range, with a quick, consistent form that allows him to maximize every touch.

"I like to shoot. That's the player I've always been. And I like to play with as little dribbles as possible," Moody said.

BasketballNews.com Lead NBA Draft Analyst Matt Babcock sees Moody as a lottery pick, projecting him as the No. 10 overall selection to the New Orleans Pelicans in his latest mock draft.

"Standing 6-foot-6 with a 7-foot wingspan, Moses Moody is one of the best shot-makers in this year’s draft," Babcock writes. "Although he is lacking quickness and overall burst, he is a disciplined and reliable team defender with plus length. He has the ability to impact both ends of the floor, making him a viable option in the first round for teams that want a 3-and-D type of a player."

Moody sees himself in a similar role. Though he believes he could play as many as four different positions on the court, the sharpshooter compares himself to other scoring 2-guards that maximize their usage.

"Khris Middleton right now, he's playing really well," Moody said. "I feel like I could compare to a Klay Thompson, guys like that. Maybe even go as far as CJ McCollum."

Moody has already met with a number of NBA squads, including the Sacramento Kings, Golden State Warriors and others. But he feels confident he could slot in seamlessly with any squad that calls his name on July 29.

"I think that's one of my best factors," he said. "Just that you can stick me in anywhere, and I'll figure it out."