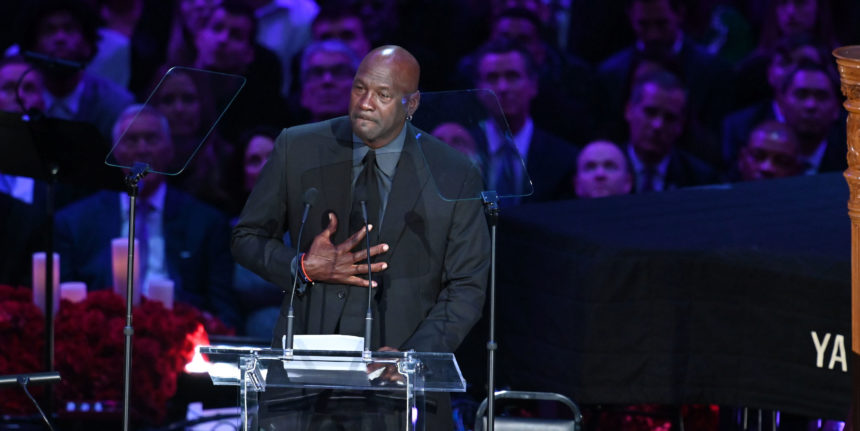 This Saturday, the late Kobe Bryant will be inducted into the Naismith Memorial Basketball Hall of Fame by his childhood idol, Michael Jordan. But before Jordan steps to the stage for his highly anticipated speech on Bryant, he shared his last text messages with Bryant to ESPN's Jackie MacMullan. These texts are from December 8th, 2019, over a month before the deadly helicopter accident occurred.

“This tequila is awesome,” Kobe texted, referring to Jordan’s Cincoro Tequila, a bottle of which was sent to Bryant at the launch.

“Thank you, my brother,” Jordan responded.

“All good. Yours?” Jordan replied.

“Happy holidays,” Jordan texted back, “and hope to catch up soon. Coach Kobe??!”

“Ah, back at you, man,” Kobe wrote. “Hey, coach, I’m sitting on the bench right now, and we’re blowing this team out. 45-8." Jordan added that he loves that last text, “because it shows Kobe’s competitive nature.”

MacMullan went on to ask Jordan how he feels going into Saturday and he said: "I was thinking, at first, I might be a little somewhat nervous about it, but then I realized I'm not going to be nervous about showing emotions for someone I absolutely loved. That's the humanistic side of me—people tend to forget I do have one."

The Basketball Hall of Fame announced that its Friday afternoon press conference with the Class of 2020 inductees, leading into Saturday night's induction ceremonies, will all be aired live on NBATV from 2-3:30 ET, with the actual enshrinement ceremony being aired on ESPN, Saturday at 5:30 PM ET.