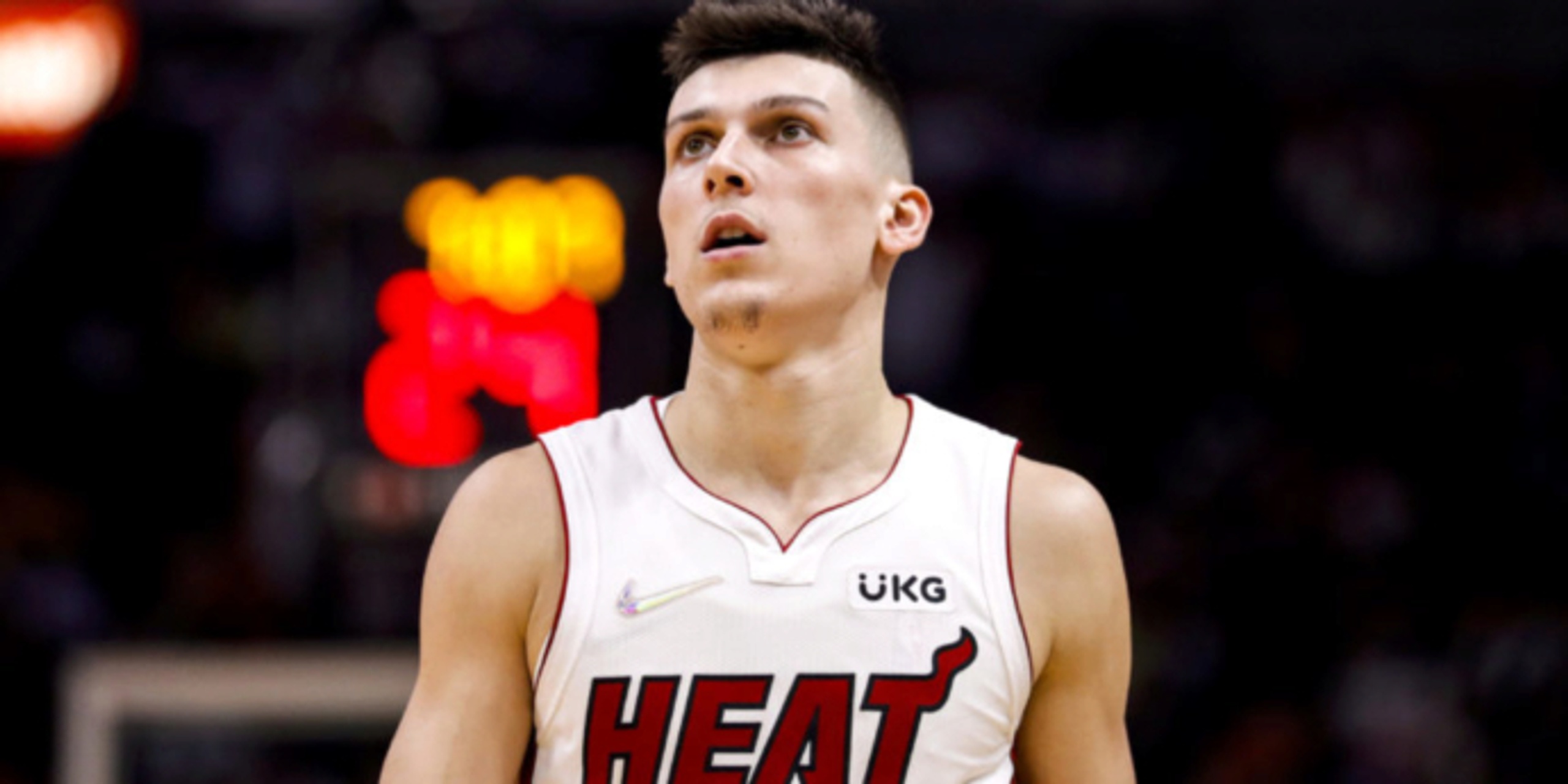 Tyler Herro is pulling up to the party

Don't watch the ball when you're watching Tyler Herro.

You normally reserve that type of request when trying to get a better handle on team defense. Peep the scheme, learn the cadence of rotations — you know, the nuts and bolts of the less-appreciated end of the floor.

But I'm not referencing defense in this case. Don't watch the ball with Herro, even when he has the ball.

You may miss out on the slightly tighter handle, the cleaner in-and-out dribbles he uses to reject picks. You'll miss the head fakes he uses to sell his moves. Might even miss the snarl he unleashes on occasion after big buckets.

But that's okay. You can come back to that, eventually.

To fully understand the leap Herro has made this season — one that's taken him from a solid secondary to a 20-point scorer and Sixth Man of the Year front-runner — you have to start with his footwork.

It's light. It's coordinated. Balletic, even. Some may say it's among the league's best. But it's the foundation of everything he does.

Herro's shooting touch is easy to see, but it means little if he isn't able to access defensive windows to showcase it. His improved handle helps him navigates space, but his footwork unlocks a new world of real estate. Take this three from Miami's recent win over the Washington Wizards. Look at how economical this is from Herro.

You'll notice just how delicately he moves — on his toes, ready to change directions or speeds at a moment's notice. Look at how he utilizes his right foot to both sell the drive (while sending Deni Avdija stumbling), and to explode backwards into a stepback jumper.

While Herro isn't able to consistently blow by guys off the strength of his burst or handles, his ability to decelerate and gather allows him to generate ridiculous separation.

Because of this, Herro has become Miami's most versatile — and most trusted — shot-maker. Over two-thirds of his two-point attempts have been unassisted this season, a massive leap from last season (54%). 33% of Herro's threes have been unassisted, a lower but still noticeable rise from the 27.1%. clip he posted the season before.

Herro isn't touching the paint as often as he did last season, but he is converting at-the-rim shots at a career-best mark (69%). He's added strength — eating five meals a day to add body mass during the summer — to make it easier to ward off defenders on his way to the basket. Being able to stop and pop is a valuable weapon, but it's even more dangerous if it can be complemented by all-out drives.

He is driving more frequently — and getting fouled more often on those drives. He's done a better job of absorbing blows, but he also has counters to make his rim trips more fruitful. Wrong-foot finishes. Early, gliding gathers. He's crouching even lower on drives to gain inside leverage on defenders, creating clean finishing windows for himself.

And that's just what he's able to do on the ball. Off the ball, Herro's a smart mover in and outside of structure. He's a threat to pop outside or cut to the rim when the Heat go to their vaunted split action, the East Coast version of the Golden State Death Machine. Herro's knocking down 70% of his shots off cuts, and nearly 43% of his relocation threes, per Second Spectrum.

Herro's leap has been one of the biggest reasons the Heat have been able to stay afloat near the top of the Eastern Conference, despite injuries to their two best players. His 20.6 points per game ranks second on the Heat, but leads all (regular) bench scorers in the league by a pretty solid margin. The difference between Herro and second place Kelly Oubre (16.0 points per game off the bench) is roughly the same as Oubre's gap to 12th place Cedi Osman.

Herro made waves before the season when he said he should be talked about in the same class as Luka Doncic, Trae Young and other young stars in the league. He may not be in that class, but that assertion doesn't seem as ludicrous as it did before the season started. He's balling, and there isn't much reason to believe he can't get even better.