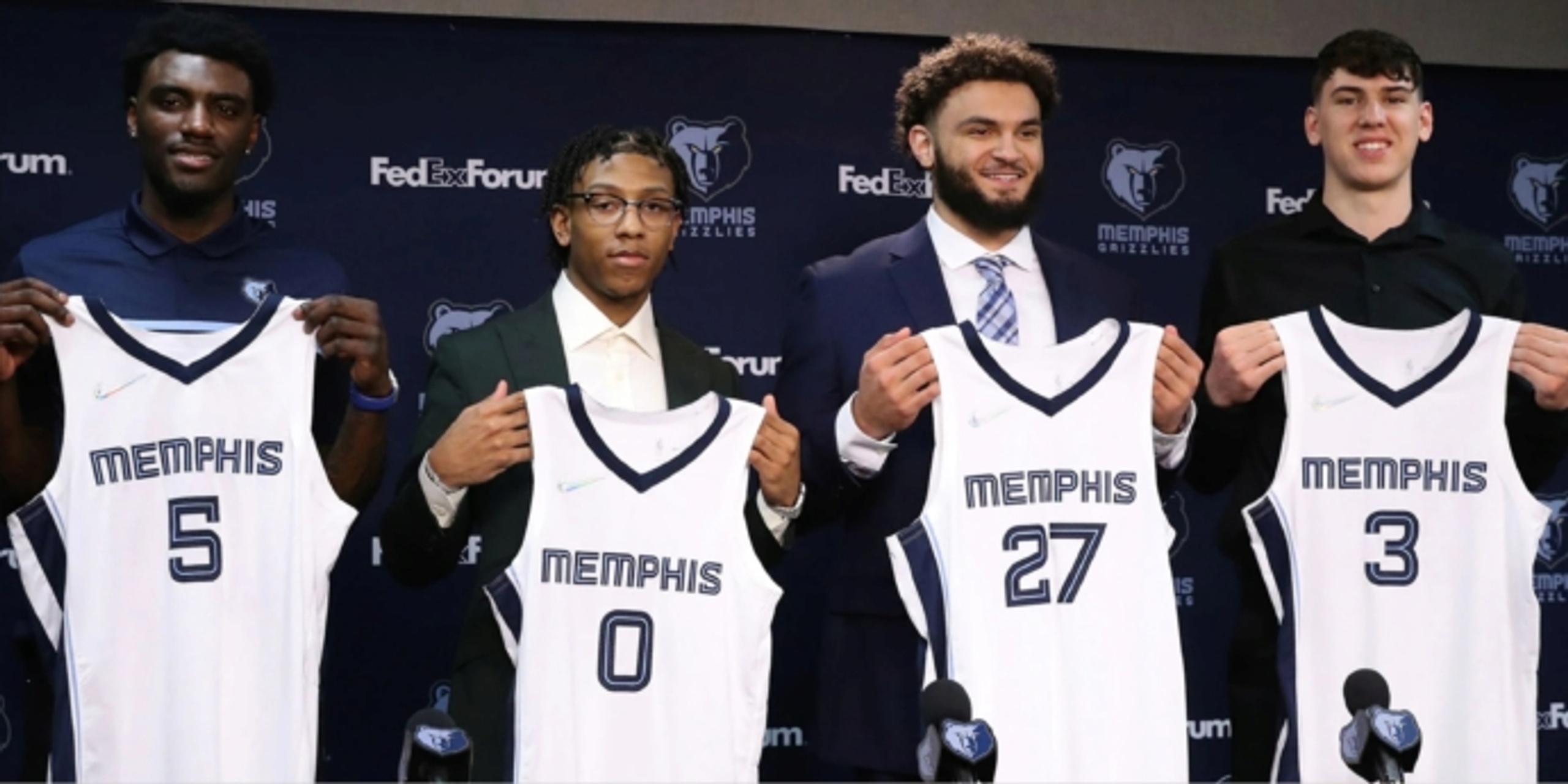 The Memphis Grizzlies have nailed the NBA Draft since Zach Kleiman took over the front office. In recent years, he and his staff have clearly identified their kind of prospects and honed in on these players.

Several months after Kleiman was promoted to Memphis' executive vice president of basketball operations on April 2019, he selected Ja Morant with the No. 2 overall pick.

Later that draft night, the Grizzlies traded up to draft Brandon Clarke with the No. 21 pick. Clarke was a fringe top-10 player on many big boards, but continued to slip on draft night due to his age (23) and limited wingspan (6-foot-8, which is the same as his height). Many of Memphis' picks fit this description; by unsubscribing from groupthink, the Grizzlies have managed to find sleepers that other front offices overlooked due to perceived issues.

Clarke went on to deliver the most efficient season from the field in NBA history for a rookie (61.8% field-goal percentage), and he was the Grizzlies' biggest impact player during their first-round series against the Minnesota Timberwolves during the 2021-22 NBA Playoffs.

The Grizzlies did not have a first-round pick in 2020, but sent two second-round picks to the Boston Celtics in exchange for the No. 30 pick. Kleiman then selected Desmond Bane, who was still on the board because of his age (22) and wingspan (6-foot-4, despite standing at 6-foot-6).

Bane had the highest college PER of any Grizzlies draft pick in franchise history. All Bane did was become a Most Improved Player candidate in his sophomore season, and he is currently emerging as one of the most lethal shooters in the league.

In the second round, following the Bane selection, Kleiman moved up again to get Xavier Tillman Sr. out of Michigan State; Tillman was another 22-year-old with first-round talent who slid because of age. He hasn't had the same impact as Clarke or Bane, but he's had his moments over the last two seasons.

The 2021 NBA Draft is yet another prime example of Kleiman doing things his way. The Grizzlies moved up from No. 17 to No. 10, with players such as James Bouknight, Moses Moody and Chris Duarte on the board. Most assumed that Moody was the no-brainer pick for the Grizzlies, but Kleiman and Co. had a different plan; Memphis selected Ziaire Williams out of Stanford. Most mock drafts had Williams as a mid-to-late first-round pick, but the Grizzlies were not going to take any chances and risk missing out on their guy.

Then, in back-to-back years of the draft, Memphis bought back into the first round by acquiring the No. 30 pick to gain a cheaper, controlled contract. The Grizzlies dealt the No. 40 pick and two future second-round picks in exchange for the No. 30 selection, where Santi Aldama was the choice. Most teams didn't have Aldama atop their draft board at that spot, as a number of prospects with late-first grades had slipped, including JT Thor, Ayo Dosunmu and Joe Wieskamp. However, the Grizzlies were determined to add the 6-foot-11 forward who can dribble, pass and shoot — providing versatility and spacing.

Leading up to the 2022 NBA Draft, multiple outlets reported that Memphis was interested in moving up again. The Grizzlies were rumored to be after the Sacramento Kings' No. 4 pick and the New York Knicks' No. 11 pick (and they likely inquired about some selections in between).

Here's what we know: the Grizzlies have a type, and they'll do whatever it takes to get their guys — even if that means trading up. Outside of Morant, every draft pick from Kleiman and Co. has been the result of Memphis moving up in the draft to snag its target.

Should a team go after the best player available or prioritize the best fit for its roster? This is one of the main debates that surfaces every year around the NBA Draft. For the Grizzlies, the best player available is the guy who is the best fit. For Memphis, best fit doesn't just refer to someone who fills a positional need. They are looking for the player who best fits the current mix of players as a person and a player. And unlike other teams, the Grizzlies aren't focused on a player's age and wingspan.

“What we really care about is: Who is the person and are they good at basketball?” Kleiman said.

Armed with picks No. 22 and No. 29 in this year's first round, it felt inevitable that the Grizzlies were going to trade up and snag their guy. Was it going to be Tari Eason from LSU? AJ Griffin seemed like a perfect fit. Even Jalen Duren made sense. But when it comes to Memphis, identifying the team's targets without inside knowledge is a crapshoot.

Then, it happened: Memphis packaged their two first-rounders to move up to No. 19. Malaki Branham was there, slipping out of the teens. Christian Braun and MarJon Beauchamp were also on the board. However, the Grizzlies opted for Jake LaRavia out of Wake Forest. This was their guy. With the San Antonio Spurs rumored to like LaRavia at No. 20, they made sure to go get him.

Now, would Memphis once again try to trade up into the end of the first round for the third year in a row?

The @memgrizz today announced the team acquired the draft rights to David Roddy (the No. 23 overall pick in the 2022 NBA Draft) and Danny Green from the Philadelphia 76ers for De'Anthony Melton. pic.twitter.com/M5zHBVvjtR

The Grizzlies didn't wait for the last pick of the first round this time, jumping back in four selections after LaRavia's to surprise everyone once again. Jaden Hardy, Andrew Nembhard and Patrick Baldwin Jr. had all been linked to Memphis during the pre-draft process. Instead, it was David Roddy, the 6-foot-6 defensive lineman forward from Colorado State.

As the second round progressed, a few players began to fall. EJ Liddell, Bryce McGowens and Kennedy Chandler were sliding despite having first-round grades. Then, Memphis struck again, acquiring the No. 38 pick for a future second-rounder and cash. Here, the Grizzlies selected Chandler.

"We were shocked that Kennedy slipped to where he was,” Kleiman said after the draft. "That wasn't the first team that we called trying to get in using a second, trading in and trying to get a point guard who fits what we're about.”

Kleiman still had No. 47 even after trading up twice. Memphis selected Vince Williams Jr. out of VCU, a 6-foot-5 wing with a 7-foot wingspan.

After their second-round exit against the world champion Golden State Warriors, it was clear Memphis needed shooters and guys who could defend and play in the half-court. All four of the organization's draft picks shot better than 38% from deep last season and averaged over 2.0 stocks (steals and blocks) per game.

While they vary in size and position, the Grizzlies selected four players who can dribble, pass, shoot and defend. And though shooting was the priority in this draft, they stuck to their plan, searching for good people who are also good at basketball.

After an eventful draft night, they ended up with four players who can contribute in a multitude of ways early in their careers.