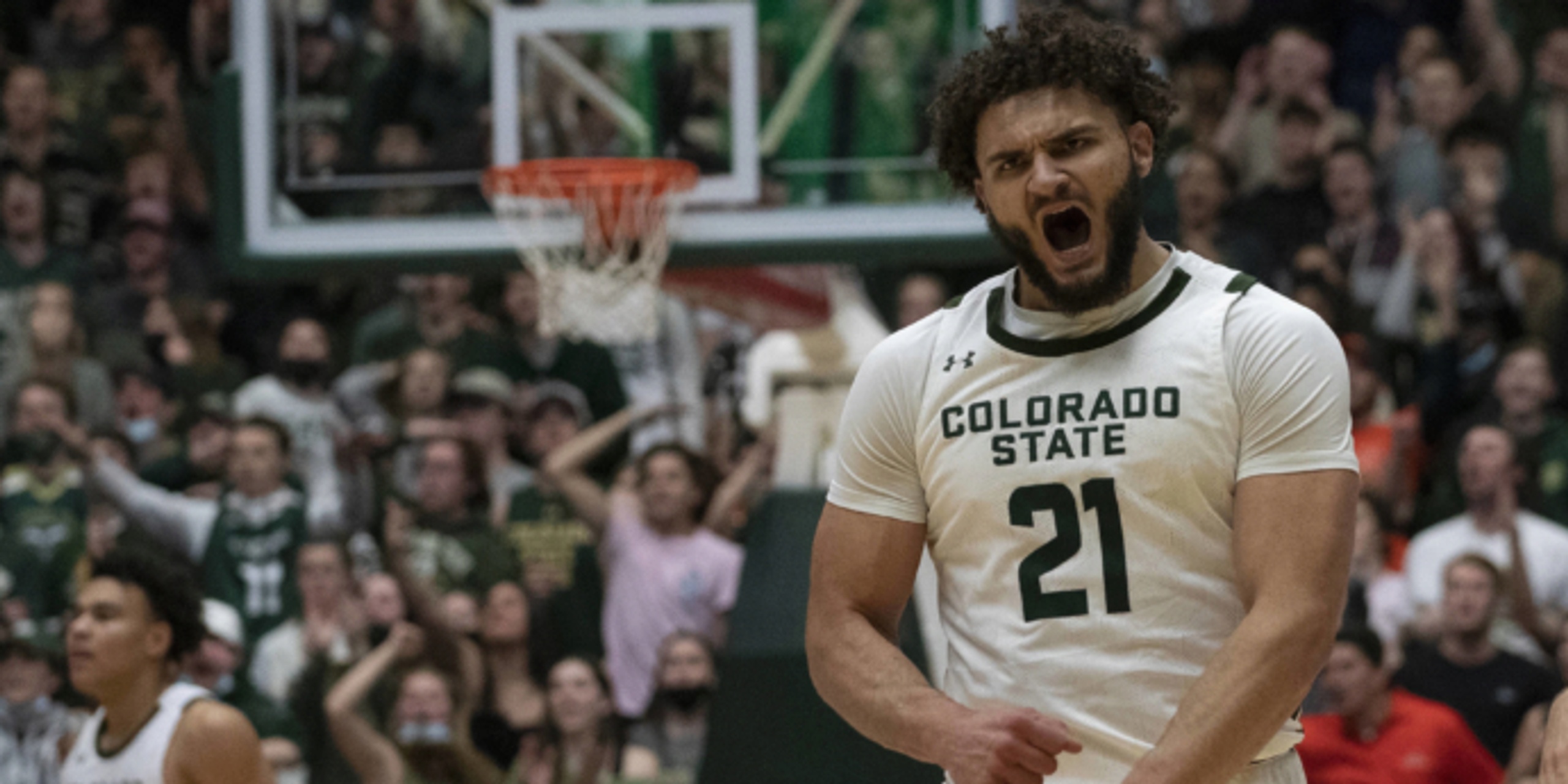 Listen to your coaches, kids.

Even if you disagree with them, it may get you to the doorstep of your dreams.

“Ever since I got to Colorado State, I was kind of annoyed with how much they wanted me in the post just 'cause I knew that one day I'd have to be a guard,” Roddy told BasketballNews.com in a phone interview. “But we pretty much had the best of both worlds. Actually, halfway through my freshman year, we started working on those mid-post work and footwork and everything, and we've been working on that literally every day for three years. Now, it's just muscle memory and I don't even have to think about my reactions or my moves.

“So it's something that I initially hesitated with, but now, it's got me to [two] days away from draft day. It's a crazy, crazy story, and it's just been fun to keep getting better at that and using that as a tool. Coaches were right."

We hear it every year, but Roddy truly is one of the most uniquely built, imposing and talented prospects in this upcoming 2022 NBA Draft. How many players do you see with a 6-foot-6, 260-pound frame in basketball? Even if you have that answer, you can probably count on one hand how many of them bring the blend of talent he does.

“I think I can use my build to have a lot of versatility. I can stretch the floor and I can guard small forwards, and I can also guard the bigger power forwards in the league. My defensive versatility is something that is there and has the potential to be really good and really impactful for a team, as well as my offensive threat as well,” Roddy said.

Taking it to the tape, Roddy reveals that he’s studying much of Grant Williams’ game. He points to the Boston Celtic forward’s similar build, his 3-and-D prowess, his ability to knock down big shots and his success guarding 1-through-5 as similarities and things that Roddy can do in order to get on the court during his first couple of years in the NBA.

BasketballNews' Senior NBA Draft Analyst Matt Babcock has Roddy going to the Denver Nuggets at No. 30 in his latest 2022 NBA Mock Draft:

Despite not being heavily recruited out of high school, David Roddy far exceeded expectations while at Colorado State. Roddy possesses brute strength, a high basketball IQ and three-level scoring abilities. He also has tremendous vision, creativity, and a terrific feel for the game.

"You should draft me because I have a great professional mindset,” Roddy said in an elevator pitch. “You'll never have to worry about me off the court. I'm an unselfish guy and a guy that can do any specific role that you need. Very versatile, fun guy to be around, and always have a positive attitude."

Roddy began his pre-draft process in April, electing to forego his senior season and take his chances at getting to the next level. After a shift of scenery (leaving Fort Collins, Colorado to train in Phoenix with Octagon and Phil Beckner, as well as in Dallas with Tyler Relph), he’s gone through 15-plus workouts with teams around the NBA. Roddy feels that each session since declaring has gone better than the next, and he’s continued to gain a greater understanding of the mental approach needed in the professional ranks.

Earlier this week, Roddy finished his pre-draft workout schedule with a visit to Boston. When asked which workouts stood out the most, Memphis and Cleveland came to mind.

“Just overall, I shot it extremely well and competed well," Roddy said. "There really isn't one (in particular performance-wise), but I think metric-wise and measurements and score-wise, I would say Cleveland would be my best."

Roddy’s feedback from the teams he’s worked out for has been "pretty positive."

“Just keep improving your game, keep trying to get in better shape as well. I think that's the biggest adjustment between the NBA and college, as well as just my defensive versatility. Just continue to get better,” Roddy said of what he's been told. “Defending off the ball and on the ball. There's a bunch of bigger, faster, stronger athletes. Adjusting to that, as well as just keep on shooting and keep on honing basically your all-around game.”

Choosing to go west instead of staying local in Minneapolis, Minnesota, the Breck School alum trusted the visions of head coach Niko Medved and Dave Thorson. The Colorado State staff heavily recruited the three-sport athlete Roddy daily, and it also helped that they were coincidentally from his home state.

Year-by-year growth and improvement were the overlying themes of Roddy’s experience with the Rams. From learning the ropes as a freshman and becoming a high-usage player over the following two-and-a-half seasons to helping steer Colorado State to the school’s first NCAA Tournament appearance since 2013, he’s grateful for what he and the team were able to accomplish.

“Man, I think (it was) one of my biggest achievements, one of the team's biggest achievements as well. We just had such a fun year,” Roddy said. “It's just so many lifelong memories that we made over this last season that, we'll come back 10 years from now and always talk about the Virgin Islands tournament or the big games that we were in, or even the little things. The team meals, the UNO games after our snack at night and how competitive they were.

“So many fun experiences we had over this year, and it was a really special year, so I can't take that for granted... I grew and improved in pretty much every aspect of my life (in those three seasons)... My coaches have helped me both on the court and off the court just to be a better person and a better leader. On the court, my teammates, they pushed me so much to be one of the most competitive groups that I've been with, as well as to just enjoy the moment. I think there's just so many things that I've learned that I can take into my professional career that we've been working on every day. And so, I'm just super, super grateful for everybody who's been along with me through this journey.”

Roddy finished strong with the Rams, producing 19.2 points, 7.5 rebounds, 2.9 assists and 1.2 steals per contest on a sizzling 64.5% True Shooting percentage as a junior. The dominant campaign earned him Mountain West Player of the Year and a second consecutive All-MWC First Team honor.

Though he makes his money as a terrific back-to-the-basket and face-up player closer to the basket, the strides that he made with his three-point shot pop off the stat page. Vaulting from 19.5% to 27.8% to a legitimate 43.8% perimeter marksman in college is nothing to understate.

In fact, Roddy deposited a career-high 7 triples in a career-best 36-point winning effort against Creighton last November, and drilled 4 each in three other games after not making more than 3 in a single contest in the two seasons previously.

“I would say a ton of reps, a ton of self-reflection and allowing yourself to fail as well,” Roddy said of the drastic improvement. “I think that's something that not a lot of people can handle, I would say. It's a really rough adjustment period to say to yourself, 'Okay, hey, I really need to work on this. Let's make a routine or a practice that can help me develop in those ways.' But for me, it was just mental confidence as well.

“I trusted the work, and having big games where I made a lot of threes my junior year kinda gave me a sigh of relief. After that, I really just had fun and started just shooting 'cause I knew I could."

Despite being a go-to guy in Fort Collins, Roddy often displayed what he could outside of scoring with great impact, something that he’ll need to do in the pros to find floor time early. He believes those intangibles can translate to the NBA on a consistent basis.

“I think that's something that's special about my game and something that's starting to be noticed even more is that I can kinda make those glue-guy plays,” Roddy said. “I love getting my teammates open; it helps the team. I can get rebounds as well as make the right play — making the one-more pass, making the great screen and certain Xs-and-Os plays or ATOs.”

Part of what makes Roddy’s skill set so distinctive is that he’s applied what he’s learned from the football and track programs he participated in at Breck. He was an All-State quarterback and a discus champion at the Class-A level, and if it weren’t for the close-knit recruiting process and seamless relationship-building he found with basketball vs. the numbers game on the gridiron, who knows if he’d still be throwing the pigskin?

That’s in the past now, but he’s thankful for the experiences those other sports gave him.

“Football is something that is near and dear to my heart. I still love football kinda the same way I love basketball. I think the physicality is the biggest thing — not being afraid of contact, not being afraid of bigger guys,” Roddy said. “I think that's first and foremost what really helps me on the court, as well as being a quarterback. Kinda understanding defensive schemes, and reading a defense is something that's very important in football. And so, I just kinda carry that over with my passing ability in basketball. I love to get guys open and love to make them look good, so I think that's something that's a part of my game that sometimes is underappreciated, but is something that I am definitely willing to do at the beginning of my career as well. 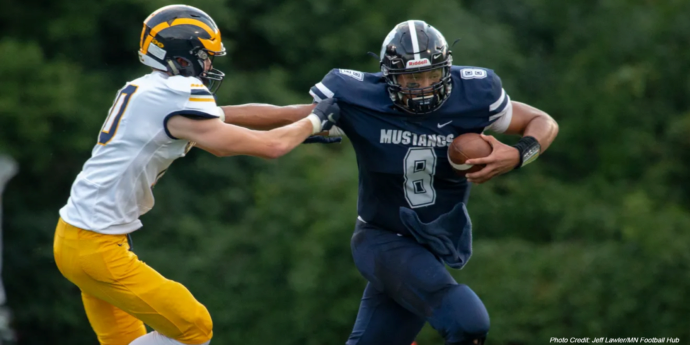 “Track is a unique sport because it's so individual, and so you really have to push yourself, and it's really technical as well. So I bring that to basketball to master my form of shooting, master footwork and how important balance is and everything. So those two work hand-in-hand with track and basketball, and man, I definitely loved and learned a lot from track."

The youngest of five boys in the family, Roddy’s brothers and his father, Pierre Sr., will undoubtedly have their eyes glued to the television on Thursday evening. David, though, says his mother Darcy has become his strongest support system throughout this journey.

“She's just helped me so much over the past year-and-a-half, becoming just a better man and just a better basketball player as well,” Roddy said. “She just kept me along with my faith and is super, super helpful in teaching me things about scripture and keeping my confidence up as well.”

Outside of the family, it’s been Colorado State assistant and former March Madness and Northern Iowa hero Ali Farokhmanesh.

“He's pretty much my big brother and mentor," Roddy said of Farokhmanesh. "For him, it's really exciting to have one of his guys go through this process, and I'm just trying to relay all the messages to him as much as possible."

Taking it day by day, it hasn’t quite hit Roddy yet that he’s going to be an NBA pro in a little over 48 hours. He’s admittedly had tunnel vision since declaring.

But the pre-draft process is over now. It’s time to look around and appreciate what those long hours in the gym have led to.

“It's been a long journey, but time has been flying, so I really have enjoyed it and learned a lot,” Roddy said. “As soon as I lift my head up, it'll be draft night, and that's gonna be crazy."