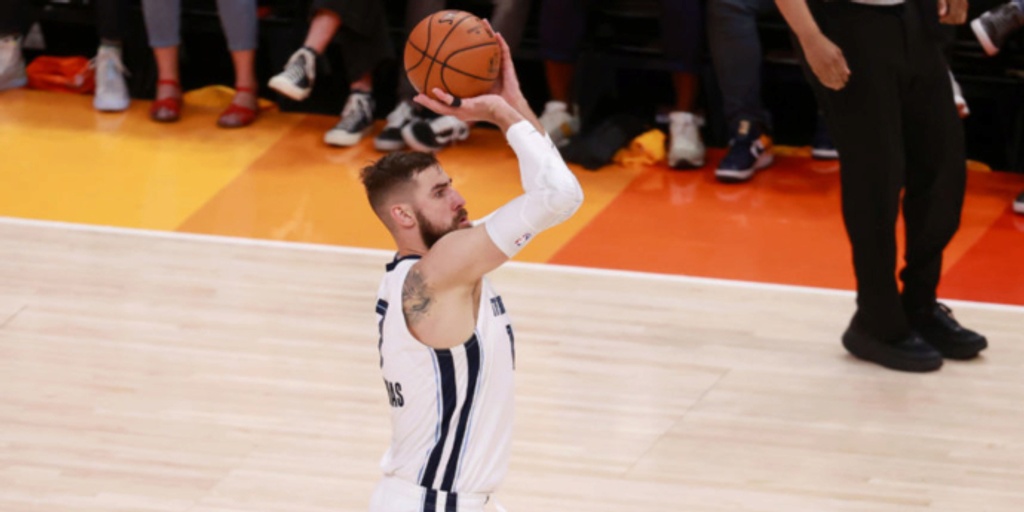 Memphis is finalizing a trade to send Jonas Valanciunas and 2021 Nos. 17 and 51 picks to New Orleans for Steven Adams, Eric Bledsoe, 2021 picks Nos. 10 and 40 and a protected 2022 first-round pick via the Lakers, sources tell ESPN.

ANALYSIS: Draft week trades are officially underway. The Grizzlies move up in the draft, and get some extra draft assets, in exchange for taking on Adams and Bledsoe's large contracts. The Pelicans slide back slightly, but pick up a productive center in Valanciunas. The 29-year-old averaged 17.1 points and 12.5 rebounds per game last season.

Wojnarowski also added that this move clears up cap space for the Pelicans -- which could prove valuable if they want to match an offer sheet on Lonzo Ball or pursue a free agent such as Kyle Lowry.

Chris Haynes of Yahoo Sports reports that Bledsoe may not be done moving, saying the guard "is not expected to stay in Memphis."