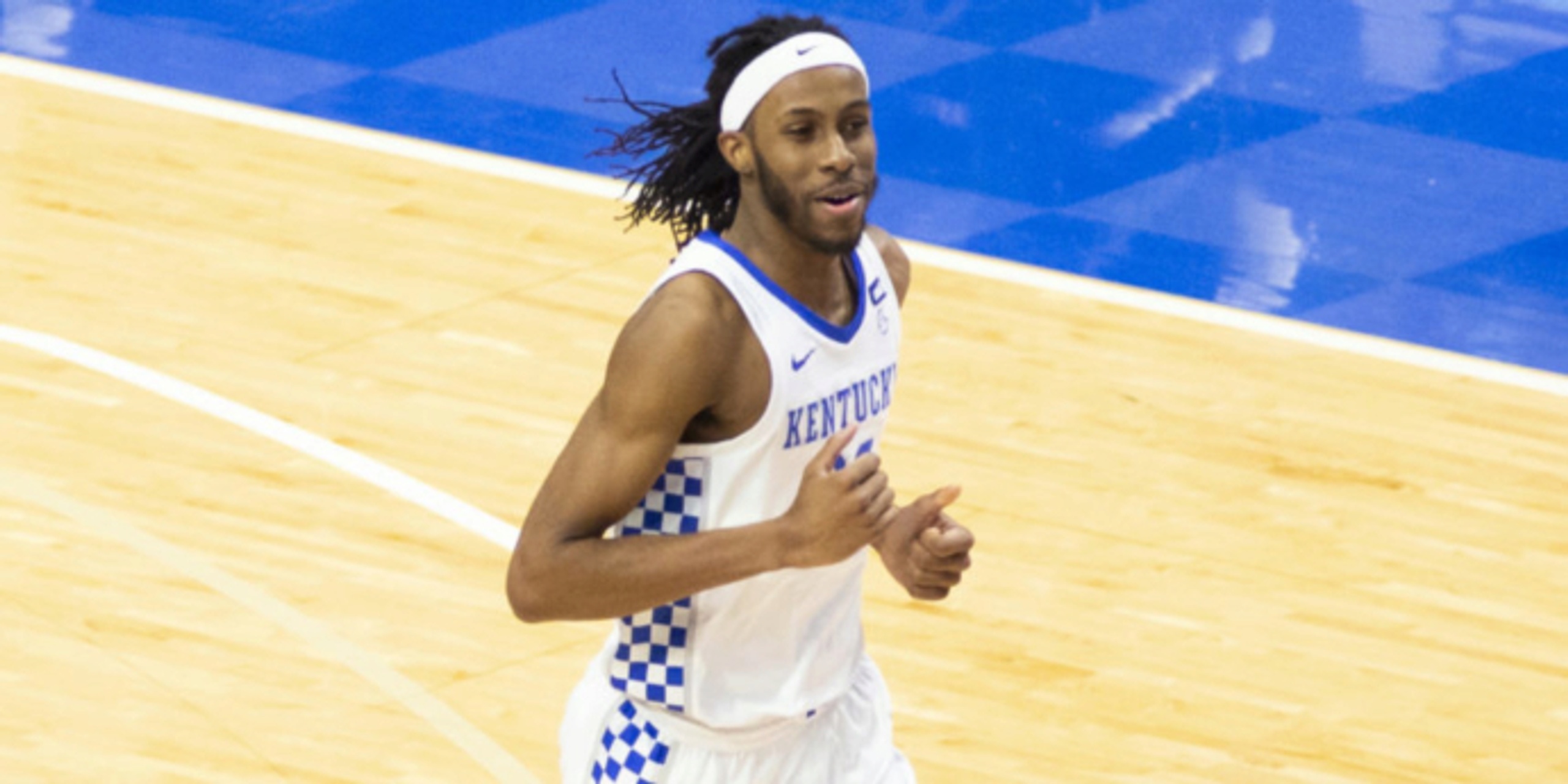 The 2021 NBA Draft is just beyond the horizon, and Isaiah Jackson is just days away from taking his powerful rim-running game to the highest levels of hoops.

The Kentucky freshman is a potential first-round pick due to his energy, bounce and relentless effort on defense. Every blocked shot energizes the 6-foot-10 center.

"I take great pride in my defense," Jackson said to reporters on Friday. "I think that's my game -- just playing defense. I have an offensive game, too, but I like to key in on playing defense.

"Blocking a shot, getting a rebound, getting a steal or something like that, that's where I get my fire from."

Jackson certainly stamped that reputation in college. He averaged a monster 2.6 blocks per game with the Wildcats, along with 8.4 points and 4.5 rebounds per contest. But Jackson also thinks he has more to show in the NBA than he flashed at Kentucky.

"Last year with Kentucky, I really didn't get to show my stretching the floor, three-point ability, but I feel like I can do that real well," Jackson said. "I've been working on that all summer, really with everything, but I've been keying in on my jump shot and being more consistent. And that's another thing: I'm a more consistent player, I can, every night, just bring it, like the toughness, running the floor, everything."

With Brooklyn, Jackson worked out in front of general manager Sean Marks and his staff, as well as head coach Steve Nash. He feels he can jump in and contribute immediately for a playoff contender.

"I feel like I can bring it all," Jackson said. "Especially in the playoffs, where [Kevin Durant] is playing the five, I feel like I can play that role, and put KD at the four and let him do his thing. I feel like with some of the older guys, like Blake Griffin, I feel like I can fill that role as well. Helping him, keeping him from not having to play as many minutes as he's been playing."

To say "the league is evolving" feels outdated in and of itself at this point. Plenty of teams, including the Rockets, play a five-out system that relies on the center being able to operate all over half-court. Jackson believes he is versatile enough to play that type of modern style. He considers his ideal role to be as a stretch-4 or 5 who can also guard multiple positions.

"I have confidence in my shooting ability... I've never been a traditional big, back-to-the-basket-type big," Jackson said. "I've always been more of a, like, mid-post-type player or stretched-out-type player. So I think I can fit in real well."

Jackson brings a competitive spirit reminiscent of fiery NBA players past. He says Kevin Garnett made him fall in love with basketball, and he idolized the relentless energy Garnett radiated every night.

"To this day I still look up to him -- how he plays, everything about him [and] how he brings that grittiness, toughness to the game. Watching him growing up, he really inspired me to play basketball," Jackson said.