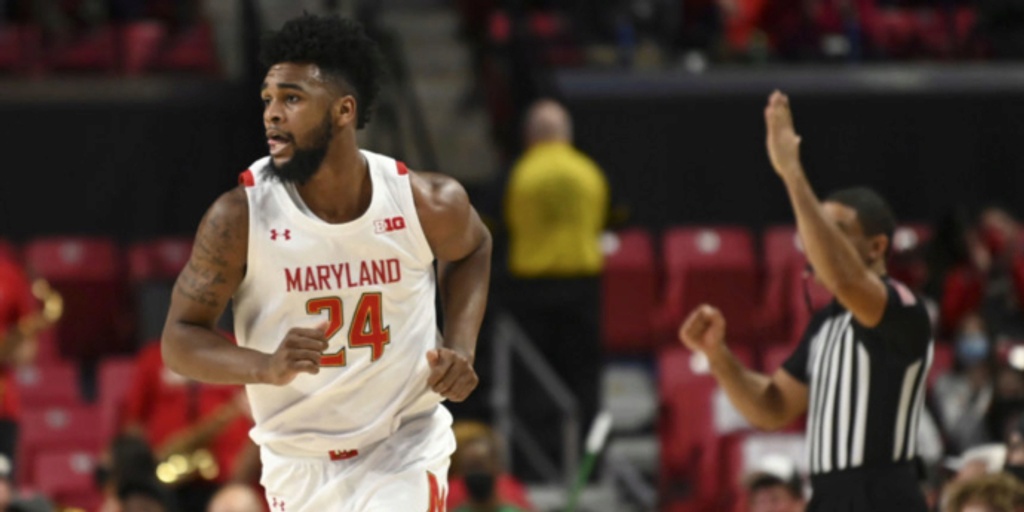 After a recent loss to No. 4 Purdue, the No. 17 Fighting Illini (13-5, 6-2 B1G) visited the Maryland Terrapins with hopes to rebound with a win. Illinois was without junior big man Kofi Cockburn, who has dominated the interior as one of the best centers in the country this season — averaging 21.1 points and 11.8 rebounds per contest. Cockburn was out due to concussion protocol.

Maryland (10-9, 2-6 B1G) and interim head coach Danny Manning are led by senior Eric Ayala. The athletic wing is averaging 16.3 points per game, followed by Fatts Russell and Donta Scott who are both averaging 12.0 points per game. Coming into tonight, the Terps led the head-to-head matchup 12-7 all-time.

Scott scored 25 off the bench for the Terps, while the Illinois bench provided only 13 points as a unit. Russell, Hakim Hart and Qudus Wahab combined for 36 for Maryland.

Alfonso Plummer got started early for the Illini by scoring five of the team’s first seven points. He flashed a nasty step-back three right off the bat, displaying the tough shot making that has him second in the Big Ten in three-point shooting. Ayala answered soon after with a deep pull-up triple of his own to give the Terps the 18-17 lead.

Maryland took a 37-35 lead into the break behind 10 points from Scott and 8 from Russell and Wahab. Plummer led all scorers at the half with 14, connecting on 4-of-6 from behind the arc.

The two teams started trading threes at the start of the second half, with the game tied 51-51 at the 13-minute mark. Illinois appeared to be gaining momentum, but Maryland never quit and fought their way to a lead with seven minutes to go behind a nice run from Julian Reese. The Terps held a 70-63 lead at the under 4-minute timeout, much thanks to Scott who was a menace on the inside all night — he led all scorers with 25 points on 9-of-12 shooting from the field.

In the end, the Fighting Illini simply could not get stops when they needed them. Maryland pulled away down the stretch, securing an 81-65 victory. Coach Manning said, "We wanted to create paint touches. With Kofi being out it gave us an opportunity. Our guys continue to grind and work very hard."

Illinois remains winless against ranked teams this season, but the team is still in contention for the conference title. I believe their next game against Michigan State is a must-win.

Illinois will host No. 14 Michigan State on Tuesday.