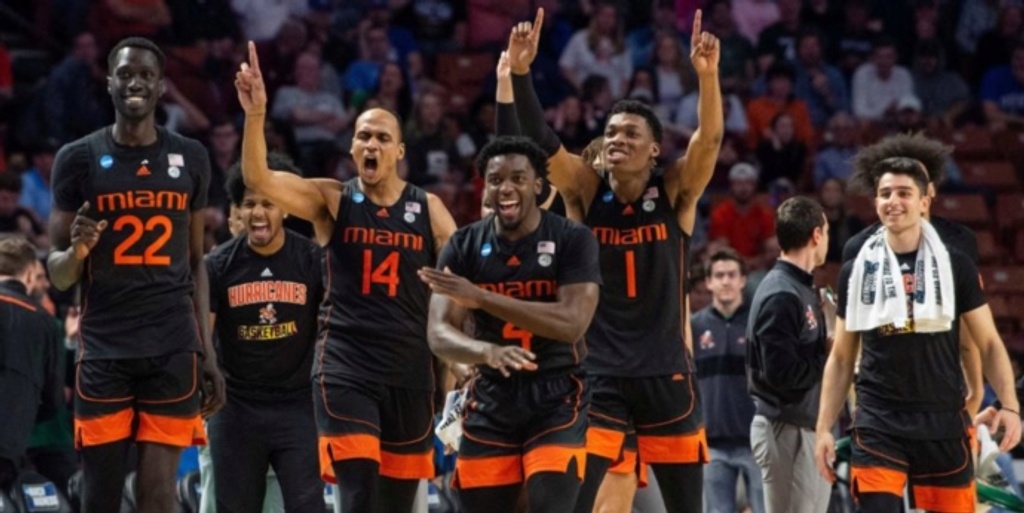 The Sweet 16 field is official!

The final eight tickets to the Sweet 16 were punched yesterday, wrapping up the round of 32. Here's a recap of Sunday's action.

Iowa State defeats Wisconsin 54-49, will face Miami
The 11th-seeded Cyclones pulled off another upset, defeating Johnny Davis and Wisconsin. Iowa State took the lead with 16:16 to play and were in control the rest of the way. Gabe Kalscheur had an incredible game, scoring 22 points on 10-of-19 shooting. After a couple years of real struggles, head coach TJ Otzelberger, Tyrese Hunter and Co. continue their phenomenal season and advance to the Sweet 16.

Duke defeats Michigan State 85-76, will face Texas Tech
The final score here does not reflect the course of the game. Potential No. 1 pick Paolo Banchero led all players with 19 points in a strong outing, as Gabe Brown led the Spartans with 18. Sparty led by two with 2:50 to play, but Trevor Keels and Jeremy Roach hit some massive shots down the stretch. Coach K and the Blue Devils advance to the Sweet 16, where they have a date with the Red Raiders.

Miami defeats Auburn 79-61, will face Iowa State
Miami led wire to wire in a game that, quite frankly, wasn’t close. The starters carried the load in this one as they scored 75 of the team's 79 points. Isaiah Wong scored 21 points and Kam McGusty had 20 for the Canes as they outscored Auburn 46-29 in the second half. This was an incredible statement win for the Canes; they will meet Iowa State in the Sweet 16 for a shot at the Elite Eight. 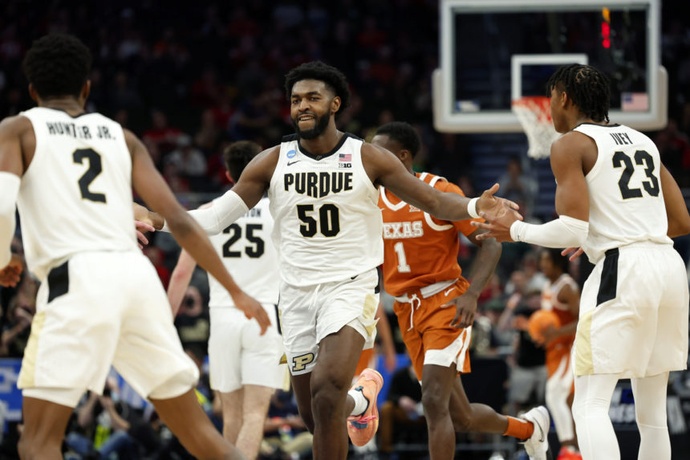 Purdue defeats Texas 81-71, will face Saint Peter’s
Purdue held a 14-point lead in the first half, but the Longhorns battled back and took a 44-42 lead of their own in the second. The Boilermakers would slam the door shut late in the contest, led by Trevion Williams' 22 points. Jaden Ivey also posted 18 points in the win. They move on to the Sweet 16 where they'll take on the red-hot Peacocks.

Houston defeats Illinois 68-53, will face Arizona
This one was tied at 40-40 with 11:26 to play, but Houston would put on a clinic for the remainder of the game. Taze Moore scored 21 points to lead the charge as the Cougars played tremendous team basketball, especially in the second half. Head coach Kelvin Sampson mentioned “Culture Play” while alluding to the nature of the win, a method they’ll no doubt need to win again in the Sweet 16.

Villanova defeats Ohio State 71-61, will face Michigan
Villanova appeared in total control early in the second half, but the Buckeyes stormed back. After Ohio State had cut the lead to two points, the Wildcats hit some big threes and clutch free-throws, and they were able to hold on. Collin Gillespie led the way with 20 points, while Caleb Daniels provided 11 big points off the bench. Villanova now has a big matchup with the Michigan Wolverines in the Sweet 16. 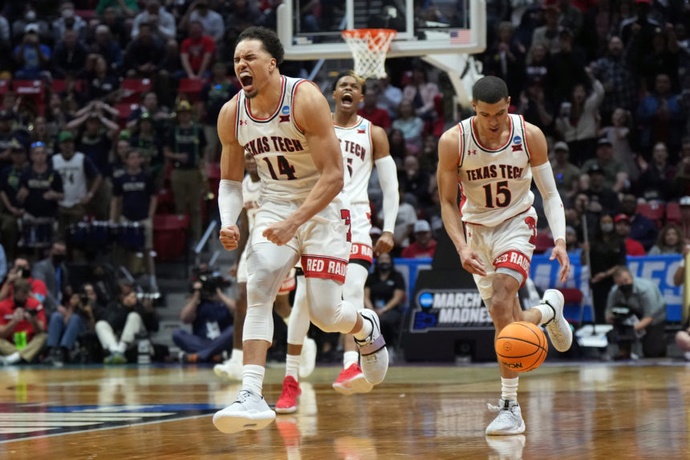 Texas Tech defeats Notre Dame 59-53, will face Duke
This one went down to the wire as the teams traded leads for much of the second half. Kevin McCullar knocked down a pair of free throws with 40 seconds to play, extending his team's lead to 57-52, and they would hold on from there. The Red Raiders added a transition dunk just moments later and the celebration began. Kevin Obanor led all with scorers 15 points to go with 15 rebounds. Duke awaits, in a highly anticipated matchup.

Arizona defeats TCU 85-80 in OT, will face Houston
This one was wild. After a huge Bennedict Mathurin three, they headed to overtime where Mike Miles Jr. and Mathurin traded buckets. The Cats would hang on to win 85-80, thanks to 30 points from Mathurin and 28 from Christian Koloko. They will look to continue their potential championship journey in a huge matchup with Houston. This will be must-see action.