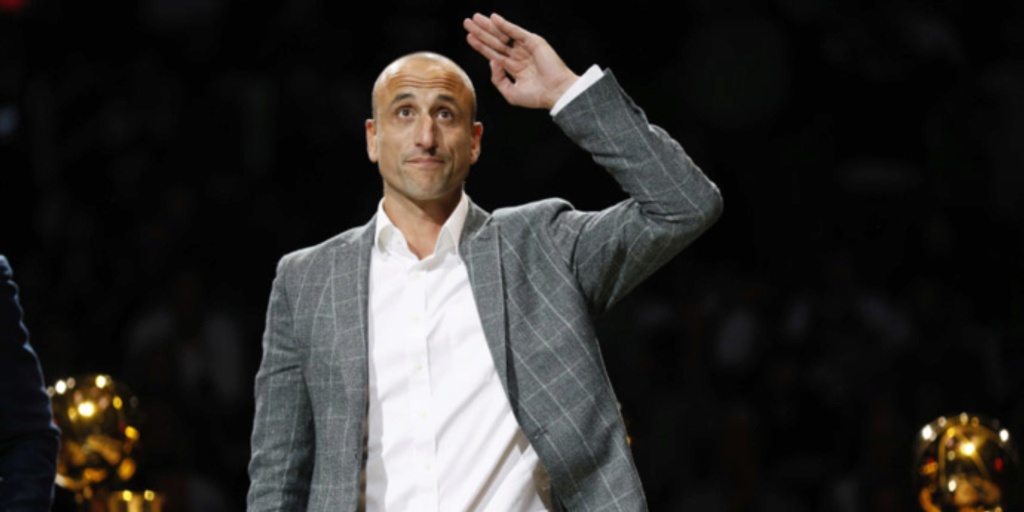 Manu Ginobili names his most unstoppable NBA players, past and present

Even though he is retired now, Manu Ginobili keeps close ties with the NBA and is a special adviser for his former team, San Antonio Spurs. In the recent shooting of a video to celebrate the NBA’s 75th anniversary, he shared some of his views about the game today and why he thinks he would be an excellent fit for the style of basketball that is played right now in the league.

Throughout his Hall-of-Fame career, Ginobili built a reputation of being an incredible competitor and teammate, and a true winner that helped form an NBA powerhouse that lasted for almost two decades. Manu was a fantastic shooter, slasher,and often a floor general that created plays when the Spurs needed them the most. He believes today’s NBA would suit his game the best if he were in his prime.

“If I could choose which era, I’d like to play now," Ginobili said, as reported by KENS5.com. “Fast paced. A lot of threes. A lot of possessions. I would have loved to have played in this time and be 28 (years old) now."

Interestingly enough, Manu also talked about the best offensive players he had the opportunity to go up against in his career. There are a few familiar former and current NBA players who he considers the most talented and, as he also described them, are basically unstoppable.

“Well, I would think offensively, there are three guys, four, that are basically unstoppable one-on-one,” Ginobili said. “Michael Jordan is the first one. Kobe [Bryant], KD [Kevin Durant] and Steph [Curry].”

Manu is still a big fan of the game and watches them regularly, and obviously has a few favorite players who he observes more carefully than the others. As a true competitor, Manu shares he would love to face-off with Zach LaVine or Donovan Mitchell because he admires their game and loves their flashiness on the court.

“I would like to play in my prime when I was fast enough," Ginobili said. "For example Zach [LaVine], even though I played against him, would be a great player to match up against. Donovan Mitchell, he’s impressive and [has an] impressive set of skills.”

Rumors are circulating that Manu will be back on the NBA sidelines sooner than later because of a potential coaching job with the Spurs next season. Apparently, after Pop retires, Manu could be assigned to the coaching staff (even though the exact details of this arrangement are still unclear). Nevertheless, it would be great to have him back in the NBA and on the sideline. There is no question the Spurs' players could use his experience and knowledge to get back on the winning track.