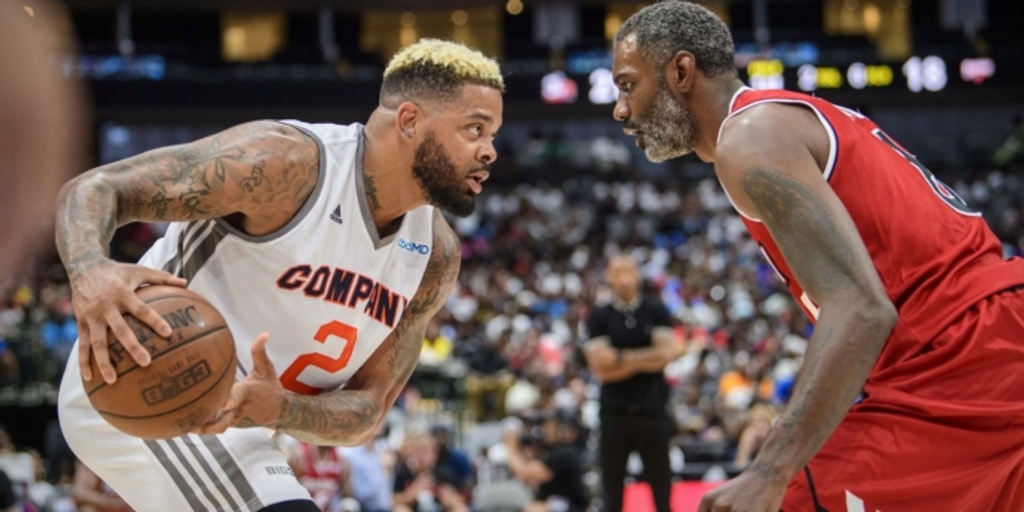 A jury convicted a 25-year-old man of capital murder Friday in the killing of former Texas Tech basketball star Andre Emmett, who had brief stints with the Memphis Grizzlies and New Jersey Nets after college.

The Dallas County jury deliberated about four hours before finding Larry Daquan Jenkins guilty of the September 2019 slaying. Jenkins was then sentenced to life in prison without the possibility of parole, since prosecutors weren’t seeking the death penalty.

Prosecutors say Jenkins and two other men followed Emmett, who was 35, from a nightclub to his Dallas home. After he parked in his garage, they confronted him and demanded two chains and a watch he was wearing. A witness told police that Jenkins, whom police had placed at the crime scene, was the one who fatally shot Emmett before the three fled.

Police released home surveillance video footage of the crime to obtain tips on the thieves’ identities. Keith Johnson and Michael Lucky were arrested a month after the slaying and await trial on capital murder charges. Authorities say cellphone data also placed Jenkins at the nightclub and Emmett’s home, and he was arrested a year later.

Emmett was a guard for the Texas Tech Red Raiders for four years, three under head coach Bob Knight, and set a team career scoring record by the time his collegiate run ended in 2004.

In the NBA, he played eight games with the Memphis Grizzlies and six with the New Jersey Nets. He also played two professional seasons in the NBA Development League — now called the G League — three seasons in Europe and two in China before attaining stardom in the BIG3, a three-on-three basketball league founded by actor and rapper Ice Cube. The league retired Emmett’s jersey last month.