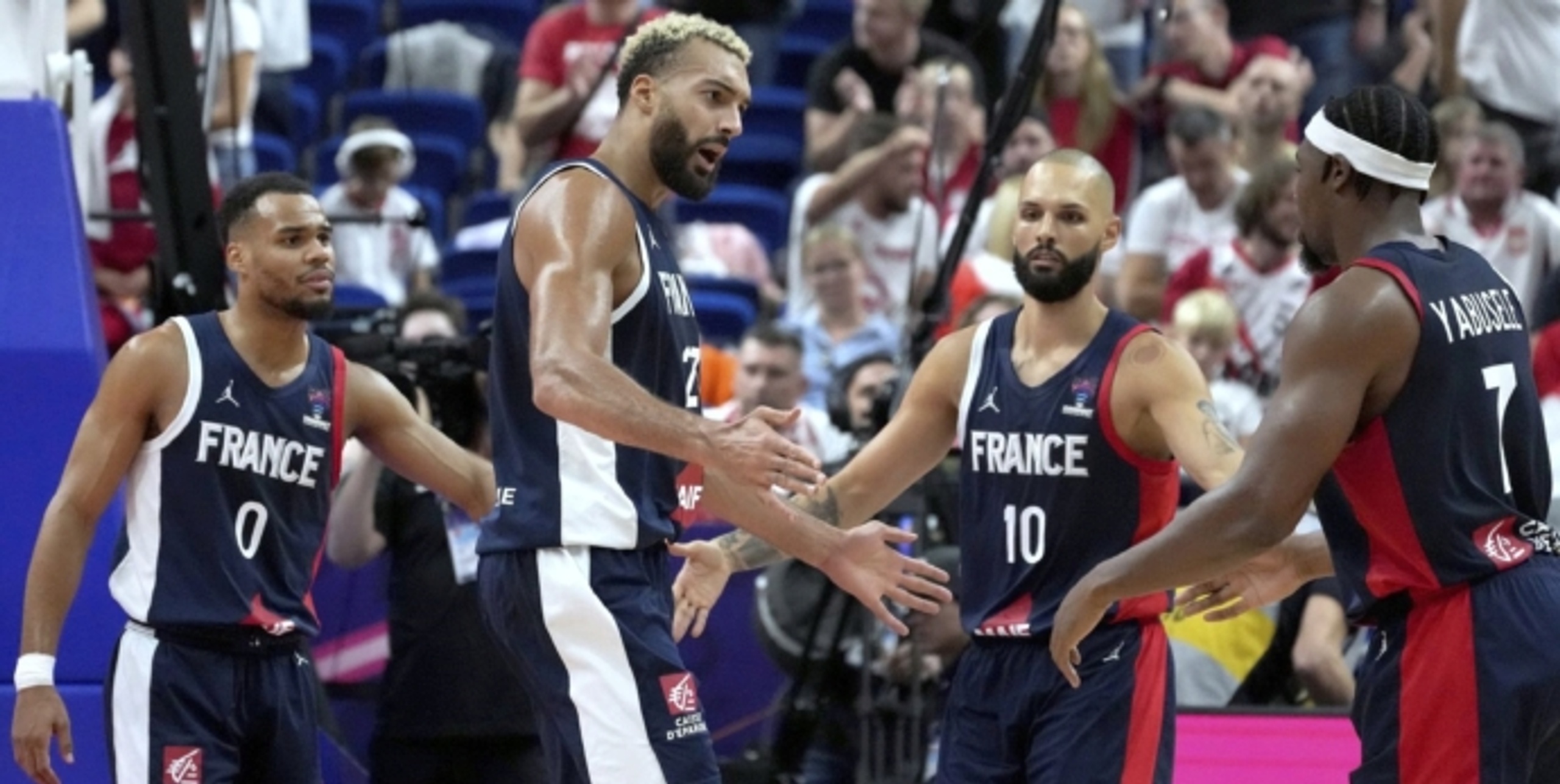 France sent a message on its way to grabbing a spot in the EuroBasket championship game and a showdown with Spain.

Guerschon Yabusele scored 22 points, and France rolled past Poland 95-54 in the semifinals of the European championships on Friday.

“We just played our basketball,” Yabusele said. “We were really good on defense and we were really aggressive. We made everything hard for them.”

The 41-point margin was the largest ever in a EuroBasket medal-round game played under the current tournament format, one more than 40-point wins posted by Croatia over Greece in the 1993 bronze-medal game and by the Soviet Union over Poland in the 1967 semifinals.

Elle Okobo and Evan Fournier each had 10 points in a rare easy one for France, which had outscored opponents by a total of 11 points in its first seven games of the tournament — plus won each of its last two contests in overtime, benefitting in both from missed free throws in the final moments by Turkey and Italy.

"We started the game with will and determination,” France coach Vincent Collet said. “That is what made the difference.”

Next up for France: Spain, which defeated host Germany 96-91 in Friday’s other semifinal. The gold- and bronze-medal games are Sunday.

It’ll mark the fifth time in the last six EuroBaskets that either Spain or France has won gold; the exception was 2017, when Slovenia prevailed. It’ll also be a rematch of the 2011 EuroBasket final, where Spain topped France.

“We worked really hard to put ourselves in this position,” said France center Rudy Gobert, who had six rebounds and three blocks. “Now we’ve got one more game to go. When we started preparations, the goal was to win the gold medal and now we’re in position to make it happen. So, one more game.”

Playing for gold represents the latest big chance for France, which captured its last major crown by winning EuroBasket in 2013. Since then, the French have won two bronzes at the World Cup (2014, 2019), a bronze at EuroBasket (2015) and silver at the delayed Tokyo Olympics that were contested in the summer of 2021.

Every stat Friday showed France’s dominance. It shot 62%, compared with 32% for Poland. France held a 40-21 edge in rebounding, a 22-9 edge in points off turnovers and a 40-16 advantage from points in the paint.

“Like a lot of games in this tournament, it could go south, it could go north,” Poland coach Igor Milicic said. “This game went south.”

A.J. Slaughter and Michal Michalak led Poland — which made the semifinals by upsetting defending champion Slovenia 90-87 on Wednesday — with nine points apiece. It was Poland’s third loss of the tournament, all coming in blowouts. The others were a 30-point defeat to Finland and a 29-point loss to Serbia in the group stage.

“We tip our hats off to France,” said Slaughter, a Kentucky-born guard who helped Western Kentucky to upset wins as a No. 12 seed in both the 2008 and 2009 NCAA tournaments. “They played a really good game tonight. ... But we still have our heads high. We still have a medal game on Sunday. We’ll come back, play with pride and see if we can leave here with a medal.”

Lorenzo Brown scored 29 points, and Spain used a 13-0 run in the fourth quarter to rally past host Germany in the second semifinal.

Germany led by 10 points late in the third quarter, before Spain took over. Juancho Hernangomez scored seven of his 13 points in the game-deciding run, one where Spain turned a 77-70 deficit into an 83-77 lead with 4:04 remaining.

“I cannot find the words to congratulate my players,” Spain coach Sergio Scariolo said. “Probably this medal is the least expected, but to me, the most satisfactory. Built upon hard work, togetherness, team basketball, defensive effort, desire to overcome our limits ... and guts in the fourth quarter.”

It was Spain’s fifth consecutive win at the tournament, the last four of them coming by 10 points or less.

“When you bring intensity to the game, anything can happen,” said Usman Garuba, who had a team-high seven assists for Spain.

And it was Brown’s highest-scoring game of the tournament, plus more than doubled his per-game average entering Friday; he was averaging 13.4 points in Spain’s first seven games.

Dennis Schroder led all scorers with 30 points for Germany, but managed only two points in the fourth quarter. Franz Wagner and Andreas Obst each scored 15 for Germany, while Daniel Theis added 10.

“We had a tough five, six minutes,” Herbert said.

EuroBasket ends Sunday, and from there, Schroder is headed to Los Angeles. The agency that represents him, Priority Sports, said Friday that Schroder — who has averaged 21.6 points and 7.3 assists per game at EuroBasket — agreed on a $2.6 million contract with the Lakers for the coming season.