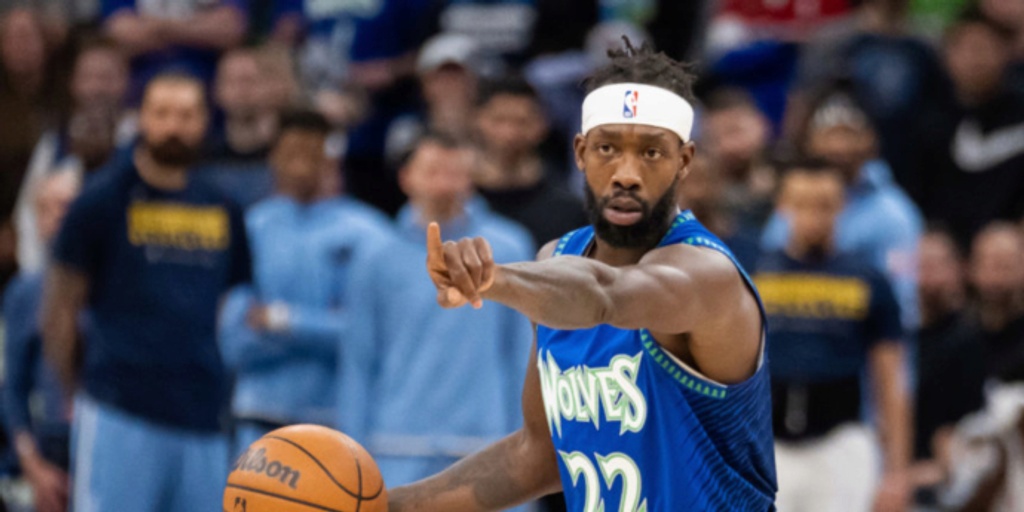 Making sense of the mess in Minnesota: What happened in Game 3?

If I told you that Ja Morant had the first triple-double in Grizzlies playoff history and Desmond Bane hit the most threes in a playoff game in franchise history, one might assume that Memphis cruised to a Game 3 victory in Minnesota.

It was anything but an easy win for the Grizzlies; in fact, it would be better described as improbable.

Taylor Jenkins made the decision to start Kyle Anderson over Steven Adams in Game 3, but it seemed as if the adjustment did not matter. The Timberwolves punched the Grizzlies square in the mouth, opening the game on a 12-0 run led by Patrick Beverley's 8 points in that span.

The adjustments by Chris Finch were clear. They were going to attack Morant on defense and then double him as the pick-and-roll ball-handler. It was a masterclass in gameplanning for the Timberwolves and they were executing it to perfection.

Beverley was telling his teammates to get out of the way so he could go at the All-Star guard. This happened several times in the first quarter. The 10-year NBA veteran made it clear that the gameplan was to attack the poor defending Morant, so he did it over and over. The result was either going to be a foul or a bucket and not only did Beverley score eight of the first 12 points, Morant had two fouls in the first quarter, causing him to check out of the game six minutes earlier than normal.

Since Game 1, Minnesota has had the same strategy on defense. In the clip above, watch as Morant drives into the paint. Minnesota has four guys with a foot in the paint, with D'Angelo Russell a step outside himself. Why can the Wolves pack the paint and take Ja out of his game? Look who is on the floor for Memphis.

Brandon Clarke and Kyle Anderson strike fear in nary a soul when it comes to perimeter shooting, allowing for three bodies on Ja any time he drives. The only true threat on the floor is Desmond Bane, while Tyus Jones is a capable shooter. The activity of Minnesota forces Morant to turn it over here.

Karl Anthony-Towns did do one thing well in Game 3 and that was hedging, switching and doubling the ball-screens on Morant. This clip is just one of several moments early in the game when Minnesota blitzed Morant, getting the ball out of his hands early or forcing him into a tough shot.

The gameplan was there. The Wolves were executing it. Until they weren't.

Up 18 points to end the first quarter, Minnesota scored eight straight to open the second, giving them a 47-21 lead at the 10:28 mark. Memphis proceeded to go on a 23-4 run to pull within seven points at the half.

At this moment, Memphis had to feel as if they seized momentum and the Timberwolves had to be feeling the pressure, right? Except, Minnesota started the second half the same way they started the game — absolutely dominating the Grizzlies.

The Wolves' lead ballooned back up to 25 points with three minutes left to go in the third quarter. It seemed as if Memphis gave everything they had just to claw back in it, only to lose it again. It was embarassingly bad basketball.

Bane, one of the heroes for Memphis, was asked about his thoughts on the game afterward:

Me: “Where did that rank in terms of weirdest games you’ve ever played?”

Twice. Memphis went down 20+ twice in one contest after it was a single-digit game. The Grizz could have mailed it in down 25 with 15 minutes of game time remaining. But according to Rob Fischer of GrindCity Media and Bally Sports, Coach Jenkins' message in the huddle was simply to go out there and just play good basketball.

Target Center was rocking, booing Morant every time he caught a pass and erupting at every Wolves basket. According to Devin Walker, the Grizzlies' social director, the in-house DJ even had "Whoop That Trick" in the queue to troll the Grizzlies, as it is their song of choice following a playoff victory.

Even still, Memphis ended the third on a 13-4 run, down 16 heading into the final frame — much more manageable to do the improbable than down 20+.

It was 83-67 after Memphis scored the final 5 points of the third quarter. At the 8:33 mark, less than four minutes into the fourth, Bane drilled his sixth three to knot the score at 83-83.

In 4:32 of game time, the Grizzlies went on a 21-0 run, coming back from all but certain death. The energy in the Target Center belonged to the visitors as fans sat in disbelief. Even crazier, it wasn't Ja Morant, Jaren Jackson Jr. or Dillon Brooks leading the charge.

After a Tyus Jones three to give Memphis their first lead, 86-85, Desmond Bane and Brandon Clarke scored the next 13 points for Memphis to not only complete an improbable comeback but to put the game away for fans to make an early exit.

“I don’t really know how we did it” — Taylor Jenkins

When you do the improbable, sometimes there is no explanation. During the 21-0 run, Minnesota shot 0-10 and turned it over five times. No one player from the Grizz had a historic showing to will their team to victory. Their coaches believed in them and, more importantly, they believed in each other.

So, what's next for Minnesota? Can the young Wolves put that loss behind them and dominate the way they did for two quarters of play? Can they overcome the growing pains that come with being a young team in their first playoffs for a franchise that's been starving for postseason play?

Chris Finch should have called a timeout to stop a 21-0 run. Karl-Anthony Towns has to be a better leader on and off the floor. There's a mess in Minnesota that can be cleaned up with a win on Saturday, but a 3-1 deficit heading back to Memphis may cause a long look at how the team builds for the future.