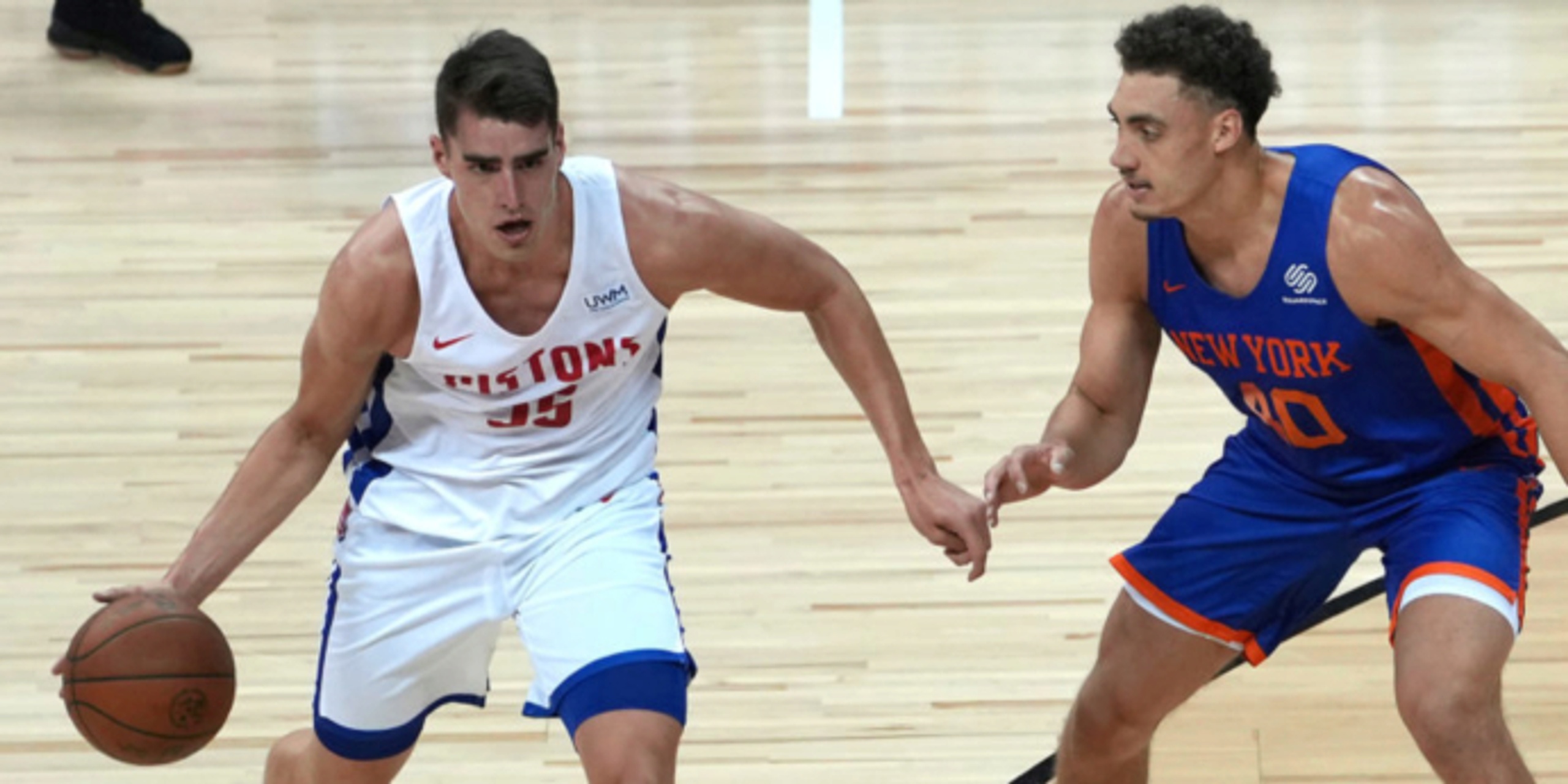 Luka Garza is showing he belongs in the NBA

Luka Garza, the 2020-21 NCAA Player of the Year, is showing his worth during 2021 NBA Summer League. After being selected with 52nd pick in the 2021 NBA Draft by the Detroit Pistons, Garza has become a folk hero in the Sin City thanks to his outstanding performances.

A four-year starter for the Iowa Hawkeyes, Garza was one of the most productive big men on the college level in recent years. With a non-stop work ethic, wanting to always expand his game to new heights, Garza became one of the best players in college basketball over the last few seasons, winning Big Ten Player of the Year in 2019-20 and 2020-21.

Garza is on the roster bubble fighting for a permanent spot with the Pistons, but his Summer League outings should be turning heads within Detroit’s front office. Garza is stuffing the stat sheet with supreme efficiency, shooting an impressive 42.9% on three-pointers while averaging 13.5 points, 8.2 rebounds, 2.0 assists and 1.2 blocks in only 19.8 minutes per game. He’s rehaped his own physique to make a strong first impression on the NBA level; Garza has lost over 20 pounds since leaving Iowa.

For a player with such an illustrious college resume, Garza feels an even bigger motivational chip upon his shoulders as he fights for a roster spot.

“I know for sure that I’m coming out here with one mindset [that] is to win -- help my team win in any way I can,” Garza said after the Pistons’ win over the Los Angeles Lakers on Saturday. “I want to show everybody that I’m a guy who can help a team win in the NBA. Obviously this is Summer League, but I feel confident I can have this positive impact on my team in the regular season as well. So, whatever role it means, I know for me it doesn’t matter. I’m going to get to where I want to go because I’m going to work as hard as I can. And I feel like I’m just really grateful and blessed the Detroit Pistons took a chance on me when, obviously, 51 other picks passed on me.”

As a late second-round pick, Garza will need to fight for a two-way contract or a spot on the bottom of the Pistons’ regular season roster. Either way, the results Garza is showing in Las Vegas demonstrate his college success is translatable to the pros, no matter the role. In Summer League action, Garza is showcasing his potential as a multi-faceted big man who can score in bunches off the bench.

Looking ahead to Garza’s likely future in the pros, especially early on, he will be put into a 10-15 minute role as a backup center who can adequately space the floor and continuously make the smart read on the court.

When you compare Garza’s per-36 minute stats in summer league to his final season at the University of Iowa, they’re very similar. Translating his proficient production onto an NBA floor is an encouraging sign for Garza in terms of maintaining a long-term roster spot in Detroit or elsewhere:

“Good results happen when you put in the work,” Garza said.

After the Pistons traded Mason Plumlee on draft night to the Charlotte Hornets, they drafted Garza at No. 52 overall as a depth big who will compete with Jahlil Okafor for backup minutes behind Isaiah Stewart and Kelly Olynyk.

Pistons GM Troy Weaver should give Garza a legitimate look at a small role within their rotation next season. For a team with little chance of making the playoffs, potentially right back near the top of the lottery odds, the Pistons have little to lose by seeing what they could have with Garza. We’ve already seen what Okafor can provide, and it may not be enough for him to maintain a roster spot over Garza. This has the makings of a battle that will sort itself out throughout training camp and the preseason.

In the meantime, Garza is making it very interesting for Detroit. If the Pistons hit on a long-term reserve big, it’s another feather in the cap of a strong offseason put together by Weaver.