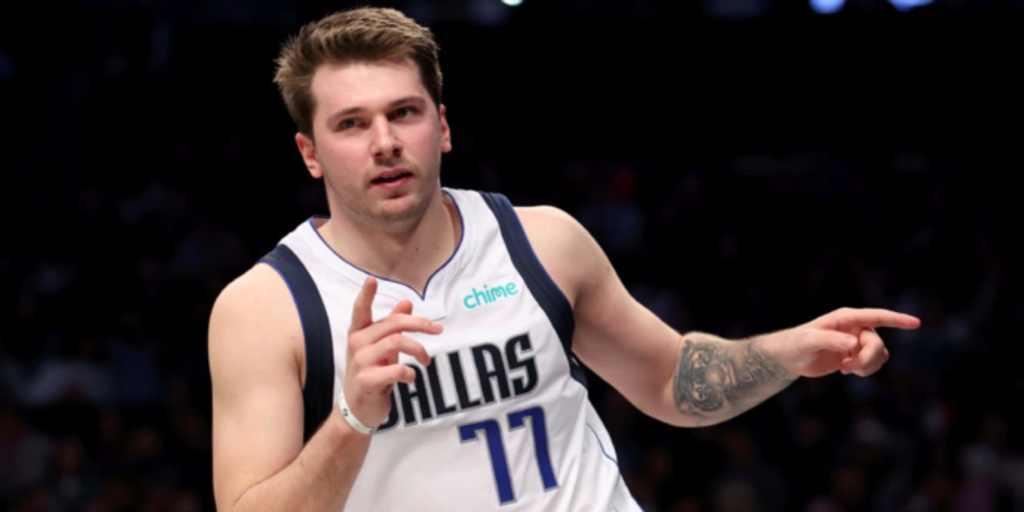 On the latest episode of JJ Redick’s podcast, “The Old Man and the Three,” Dallas Mavericks star Luka Doncic joined the show to discuss a wide variety of topics.

At one point, Doncic discussed what it was like adjusting to life in the United States and making the transition to the NBA. Prior to being drafted in 2018, he had only ever spent two weeks in the US — all in Santa Barbara, California, where he was training at P3. He didn’t know any US cities before the Mavs selected him No. 3 overall, so he had no idea what to expect when he arrived in Dallas.

"It's a great city, man,” Doncic said. “I always say that with Dallas, you have everything, but not too much. You have great restaurants, great people, great everything. I love Dallas.”

He added that the Mavs ended up being the perfect situation for him because he had a great veteran mentor in Dirk Nowitzki.

The hardest part of Doncic's transition to the NBA had nothing to do with basketball; it was the fact that his family and friends back home in Slovenia were seven hours ahead of Dallas, so he was always texting them when they were asleep and vice versa. He also had to improve his English, which he says he did by watching a ton of “Friends” and “Fresh Prince of Bel-Air" re-runs.

As far as his on-court transition, he was surprised at how quickly he was able to thrive in the NBA.

"Yeah, I was surprised,” Doncic said. “I didn't expect in my second year — when I started playing way better than my rookie year — to [do that]. When I came to the NBA, I never expected to be this good of a scorer. I was never really a scorer. I was really surprised.”

Doncic explained that even though NBA players are way more talented than EuroLeague players, it’s “100% easier” to score 30 points in the NBA because of the larger court, rules and defensive schemes. Also, in the EuroLeague, he explained that it’s more about team basketball than individual scoring.

Other than that, he pointed to the fame as the biggest difference between his NBA lifestyle and EuroLeague lifestyle. He mentioned that Real Madrid's soccer team is way more popular than the basketball team (and there’s a huge gap between the two), so even though he was the EuroLeague MVP, he didn’t have to deal with the level of fame that he does now.

Be sure to check out the full conversation between Doncic and Redick below: