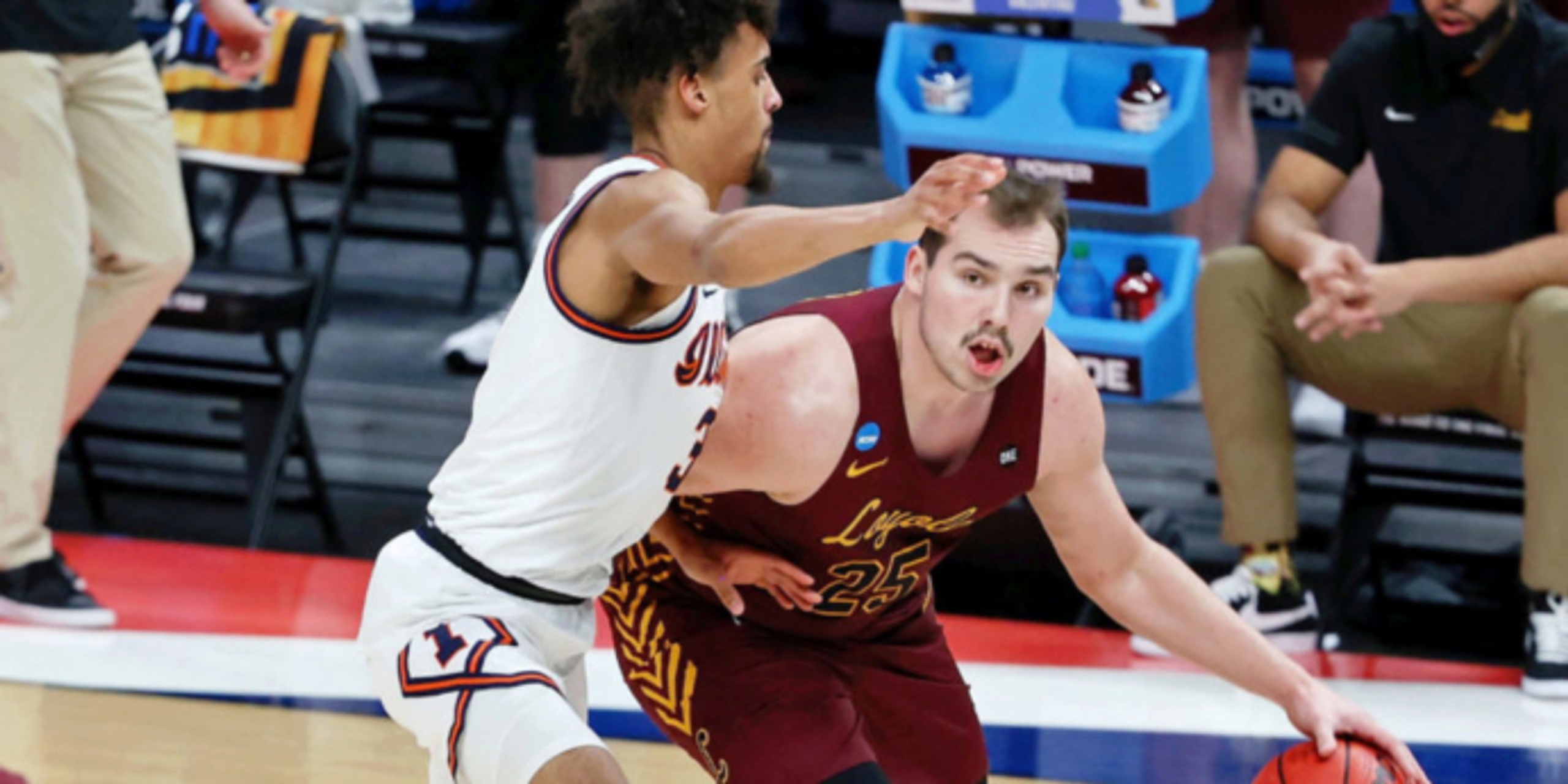 The first No. 1 seed in this year's Men's NCAA Tournament has fallen.

Eighth-seeded Loyola Chicago took down Illinois to open the Round of 32. The Ramblers (26-4) advance to the Sweet Sixteen behind a dominant wire-to-wire effort. Senior center Cameron Krutwig notched a double-double with 19 points and 12 rebounds to lead his team.

First team All-American Ayo Dosunmu finished with just nine points for the Fighting Illini as Loyola Chicago effectively stopped one of the best all-around players in the country. Illinois fell behind by double digits early in the second half, and inefficient scoring coupled with costly turnovers proved too much.

"As we play the Fighting Illini, we ask for special help to overcome this team and get a great win," she said. "We hope to score early and make our opponents nervous. We have a great opportunity to convert rebounds as this team makes about 50% of layups and 30% of its 3 points. Our defense can take care of that."