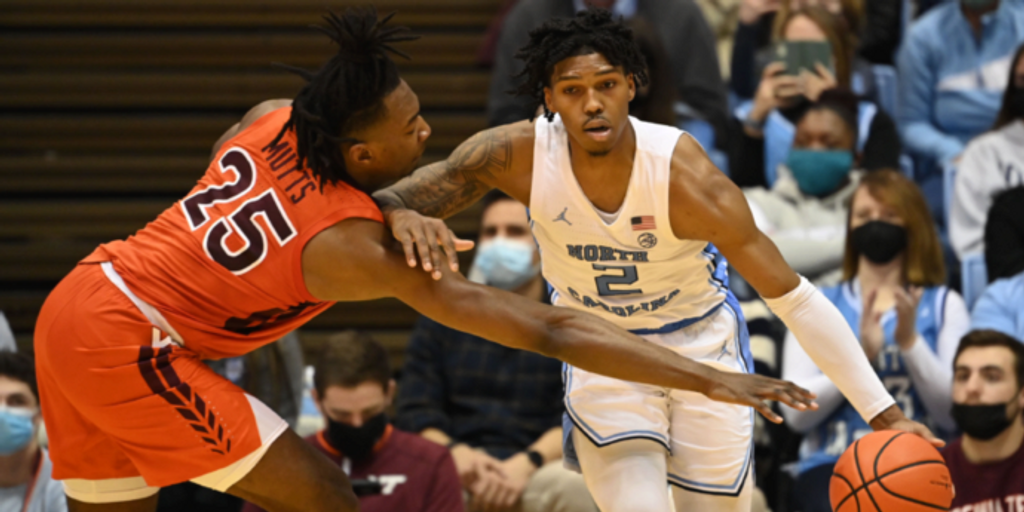 Chapel Hill, NC — Caleb Love led all scorers in this one with 22 points, as North Carolina beat the Virginia Tech Hokies 78-68 at home. The Tar Heels were able to win the battle of the dirty work in this one with a rebounding margin of plus-11 and by hitting 22 of 26 from the free-throw line. Keve Aluma led Virginia Tech in scoring with 19 points.

Desperately needing a conference win, the Hokies (10-9, 2-6 ACC) have an opportunity over the next week to make a jump in the standings. They are led by upperclassmen Keve Aluma and Nahiem Alleyne. Aluma is averaging 15.7 points and 6.8 rebounds per game, while Alleyne is a reliable shooter, hitting 35.2% from deep and 92.1% from the free-throw line.

The Tar Heels (13-6, 5-3 ACC) entered standing No. 6 in the conference standings on a two-game skid, and needing to get back on track. Potential 2022 NBA Draft pick Caleb Love drives the offense. He is scoring 14.6 points per game while shooting 41.9% from deep, a significant improvement from last year. Junior center Armando Bacot leads the team in points and rebounds, averaging a double-double at 16.9 points and 11.3 boards per contest.

Carolina jumped out to a 17-6 lead, with Bacot scoring 12 of the team’s first 14 points. Aluma and Alleyne turned it on halfway through the period and were able to finish with 13 points and 8 points respectively. The Tar Heels led 37-33 at the break, with one of the biggest gaps being on the glass. They were plus-7 in rebounding at that point.

Virginia Tech senior Justyn Mutts scored 5 quick points to open the second half, giving the Hokies a 38-37 lead and the momentum. Love stepped up with a huge three and the teams traded buckets for the next few minutes.

Carolina stretched the lead to 8 points at the 11-minute mark behind three-point makes from Leaky Black and Brady Manek, and never looked back. They maintained the lead moving forward and secured the 78-68 win.

Manek, the Oklahoma transfer, was key in the second half and ended with 15 points on 4 of 8 from deep. Bacot posted another double-double with 14 points and 19 rebounds before fouling out. Sophomore Tar Heel guard R.J. Davis also provided 15 points. Mutts played well for the Hokies with a double-double of his own, scoring 18 points to go along with 10 rebounds.

The Tar Heels get a much needed win to stay alive in the ACC standings.