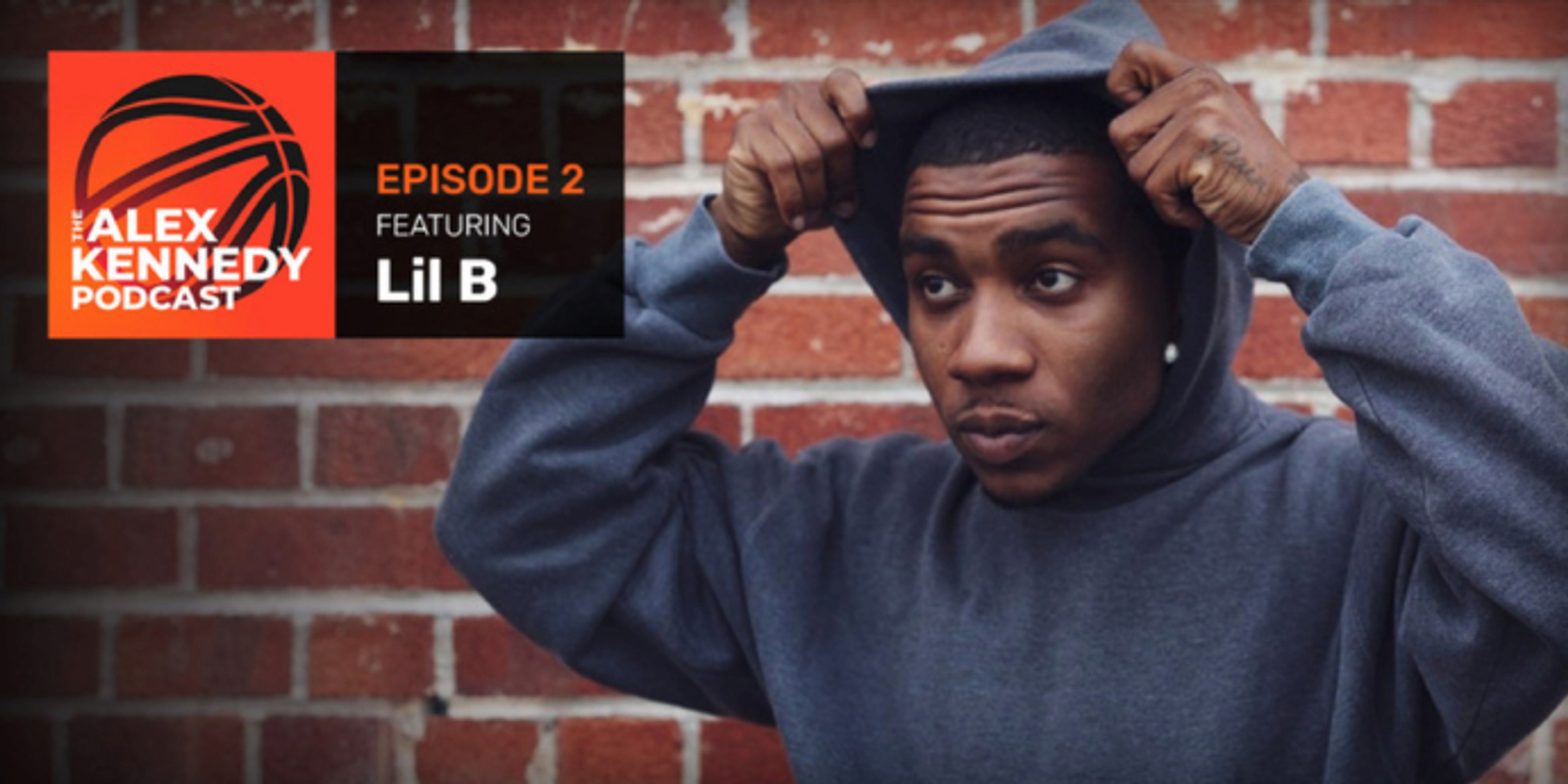 Lil B on his G-League tryout, cursing Durant/Harden, more

Alex Kennedy is joined by rapper, author, and lecturer Lil B. He discusses his love of basketball, his tryout with the Golden State Warriors' G-League affiliate, "the curse of the BasedGod," the story behind cursing Kevin Durant and James Harden, the challenges of being an independent artist, his advice for aspiring creators, his lectures at MIT and NYU, his high-energy live shows and more. Time-stamps are below!

:45: Lil B discusses what he's been up to and how he's holding up during quarantine.

4:05: In 2012, Lil B tried out for the Golden State Warriors' G-League affiliate (the Santa Cruz Warriors). He talks about what that was like and details his game.

12:25: Years ago, Lil B put "the BasedGod curse" on Kevin Durant. He talks about that situation and where that idea came from.

14:50: When Lil B cursed Durant, it became a huge story that the mainstream media covered. He was interviewed by ESPN, The Washington Post and many others. Was he surprised it blew up?

17:20: Is Lil B (or the BasedGod) retired from cursing people? Or could we see another player or team get cursed in the future?

18:15: He discusses how several Houston legends persuaded him to lift James Harden's curse.

19:55: Lil B lists the NBA players and teams that have been "blessed" by the BasedGod.

22:10: Lil B does a great job of promoting himself and staying visible (and he does this without a PR person). He talks about how he's proud of the fact that he's self-made and doesn't rely on a label.

24:10: Lil B says he has talked with Rich Paul and Klutch Sports about representing him.

25:50: What are the challenges that come with being an independent, unsigned artist?

29:40: Lil B shares what advice he has for aspiring creators.

34:50: Lil B puts on a great live show and they are known for being very high-energy. What are the keys to being a great performer and what separates his shows from others?

36:55: With 1.2 million followers on Twitter, Lil B has a huge following that's very passionate and supportive. He discusses their support and his interactions with fans.

39:45: Lil B has been described as one of the most influential rappers of his time. When he looks at today’s rap landscape, does he see his influence and fingerprints all over it?

41:25: Lil B finds out that the Milwaukee Bucks beat the Miami Heat without Giannis Antetokounmpo in Game 4 and reacts to the upset.

42:45: Lil B has given lectures at MIT and NYU. He talks about how those came together and what that meant to him.