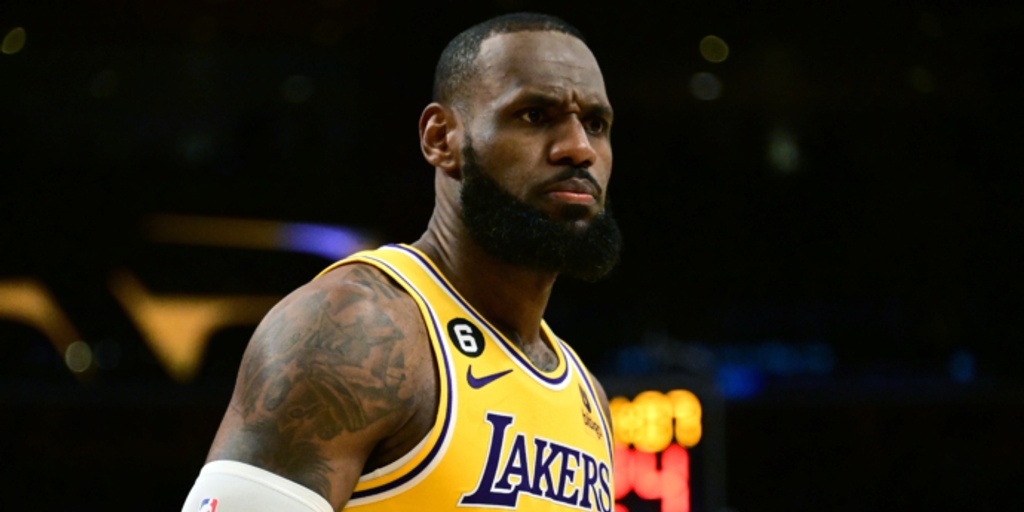 LOS ANGELES (AP) — LeBron James has questions about the disparity of media scrutiny he believes is being applied to a 1957 photo of Jerry Jones and the recent controversy surrounding Kyrie Irving.

The photo of Jones, captured by an Associated Press photographer, shows him standing among a group of white students at North Little Rock High School in Arkansas on Sept. 9, 1957. The group was blocking six Black students who were attempting to desegregate the school and news reports said that moments after the image was taken, the students were shoved down a flight of stairs.

The photo accompanied a Washington Post story last month that was about Jones’ legacy as owner of the Dallas Cowboys, including how the team has never had a Black head coach.

A lot of people are coming to the defense of #JerryJones “It was a long time ago”, “He was just a teenager”, “People evolve”, “He doesn’t deserve this” etc etc. Chuck Modi puts it all into perspective. Great discussion https://t.co/Evcw3Cgpgv pic.twitter.com/1HKMJj0oNu

James has spoken often about the Cowboys — he was a fan of the team for years before saying in October on Instagram Live that he has switched allegiances — but said Wednesday that he found it interesting that he wasn’t asked about the Jones photo.

“When I watched Kyrie talk, and he says, ‘I know who I am, but I want to keep the same energy when we’re talking about my people and the things they’ve been through,’ and that Jerry Jones photo is one of those moments that our people, Black people, have been through in America,” James said after the Los Angeles Lakers’ game on Wednesday night. “And I feel like as a Black man, as a Black athlete, someone with power and with a platform, when we do something wrong or something that people don’t agree with, it’s on every single tabloid, every single news coverage. It’s on the bottom ticker. It’s asked about every single day.

“But it seems like to me that the whole Jerry Jones situation, the photo, and I know it was years and years ago, and we all make mistakes, I get it. It seems like it’s just been buried under, like, ‘Oh, it happened. OK. We just move on.’ And I was just kind of disappointed that I haven’t received that question from you guys.”

Irving was suspended for an eventual eight games by the Brooklyn Nets earlier this season after the guard — a former teammate of James’ with the Cleveland Cavaliers — tweeted a link to a film containing antisemitic material.

James was asked by reporters about that last month, and he made clear that he thought Irving made a significant mistake.

“There’s no place in this world for it,” James said in November. “Nobody can benefit from that and I believe what Kyrie did caused some harm to a lot of people. ... We as humans, none of us are perfect. But I hope he understands how what he did and the actions that he took were just harmful to a lot of people.”

Jones told reporters last week that he was at that school entrance as “a curious kid.” He was 14 at the time.

“That was, gosh, 65 years ago, and (I was a) curious kid,” Jones said. “I didn’t know at the time the monumental event really that was going on. And I’m sure glad that we’re a long way from that.”