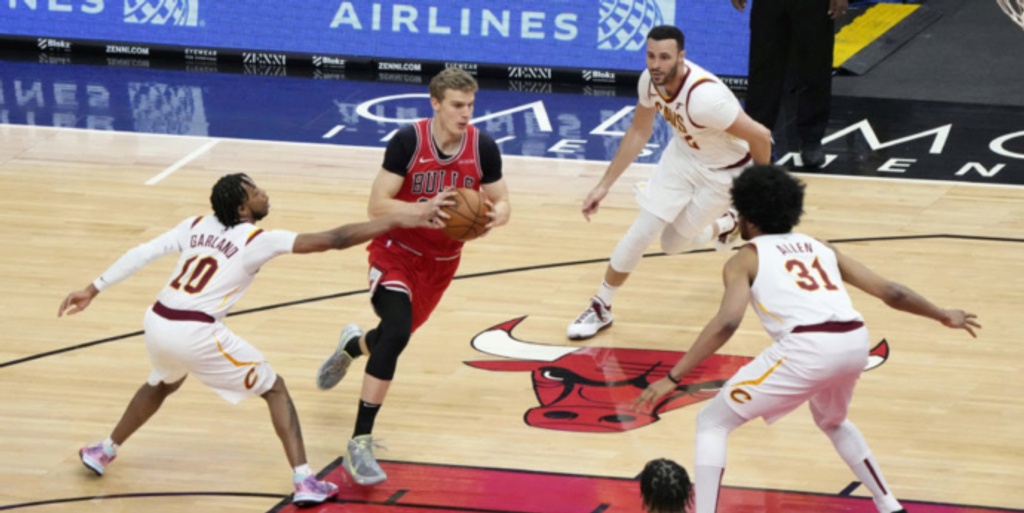 Lauri Markkanen came off the bench on Monday for just the second time in his NBA career, logging 22 minutes in the Bulls' 116-102 loss to the Golden State Warriors.

Markkanen finished with 13 points and six rebounds. The former seventh overall pick in the 2017 NBA Draft commented on the move postgame:

“I'm a team guy. I understand it,” Markkanen said. “And of course it's a little -- what was this, my second game off the bench? So the rhythm of the game is a little bit different. But I'll do whatever I can.

“I mean, I feel like we're all competitors and you always want to start," he added. "I feel like that's how everybody feels. And I know I'm a starter in this league. But I’m gonna play my role. I know Coach (Donovan) has a lot to handle with the new guys coming and so it's gonna be an adjustment.”

The 23-year-old is averaging 17.2 points and 5.8 rebounds per game while shooting over 39.1 percent from long range this season. He is in line to be a restricted free agent this offseason.