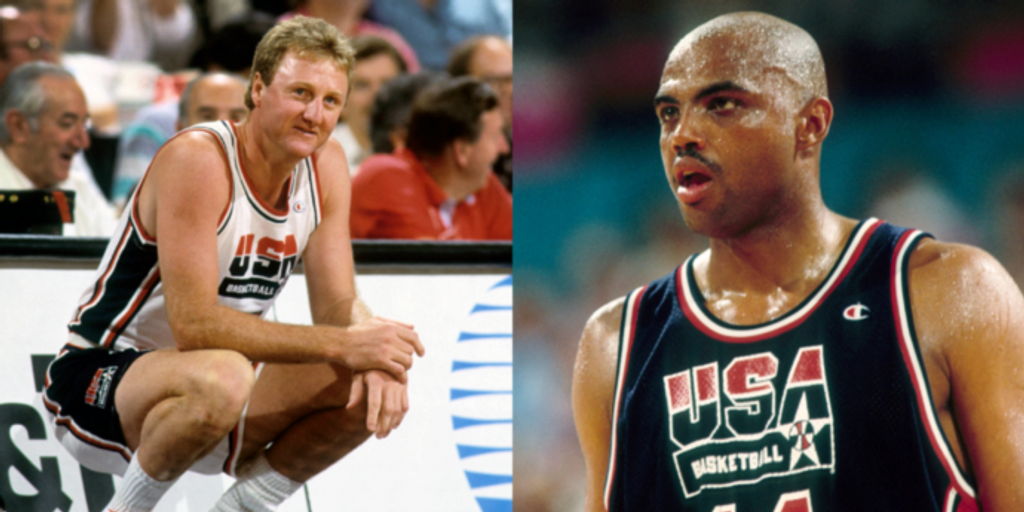 Larry Bird once beat Charles Barkley 1-on-1, but not in basketball

The legend of Larry Bird continues to grow each day as former teammates, reporters and friends share special moments with the Hall-of-Famer that are still unknown to many. Charles Barkley is no different. The two were former teammates on the famed 1992 Dream Team, and Sir Charles revealed that Bird beat him in one challenge — but it was outside of basketball.

Charles Barkley: “My head hurt For like two days.”

When Barkley said in an interview that his head hurt for two days, it wasn’t a result of any commotion or fist-fight between him and Bird, but rather because of beer drinking. The members of the '92 Dream Team, which many consider the greatest team assembled in the history of the Olympics, were competitive NBA players out to prove they were the best, on and off the court. Barkley and Bird hung out in Monte Carlo before the Barcelona Games began. With Bird, any normal thing could get competitive fast, as Barkley found out.

“One thing you don’t wanna do is drink beer with Larry Bird," Barkley said in a Dream Team documentary. "He drinks Budweiser, but Budweiser is the strongest beer in the world. And my head hurt for like two days.”

Even ordinary and safe bonding moments such as drinking beer prompted the Boston Celtics legend to prove he’s the best at it. This just shows that knowing the personalities of teammates could lead to better performance as a unit. Team dinners and activities provide a rare glimpse of what makes teammates tick.

Who’s the most competitive in the 1992 Dream Team?

When you put a bunch of superstars and legends in the game, things could get real competitive quickly. The players on the 1992 Dream Team played for pride, and some had an ego. Everyone knew they were the team to beat, but not everyone knew how they pushed each other so hard in practices. So much, that by the time games came around, it looked easy.

Barkley may have led the team in scoring with 18 points per game, but Michael Jordan’s commitment helped the team’s formation. What pushed Jordan to accept the invitation? Apparently, it was for self-interest, as revealed in "Dream Team: The Birth of the Modern Athlete" on Paramount Plus.

“I never had the chance to see how these other All-Stars prepare themselves for a game or practice. Or compete against them in practice each and every day [to see] what was their desire, their hunger, what drove them to eat, what drove them to play. That to me was why I played for the 1992 Olympic Dream Team," Jordan said.

Jordan and the rest of the Dream Team beat each other in practices, but they enjoyed activities that built their chemistry on the court and off of it. The guys on the team played hard and competitive, but they learned to play to each other’s strengths, which was a key factor in why the Americans dominated the 1992 Barcelona Olympics.