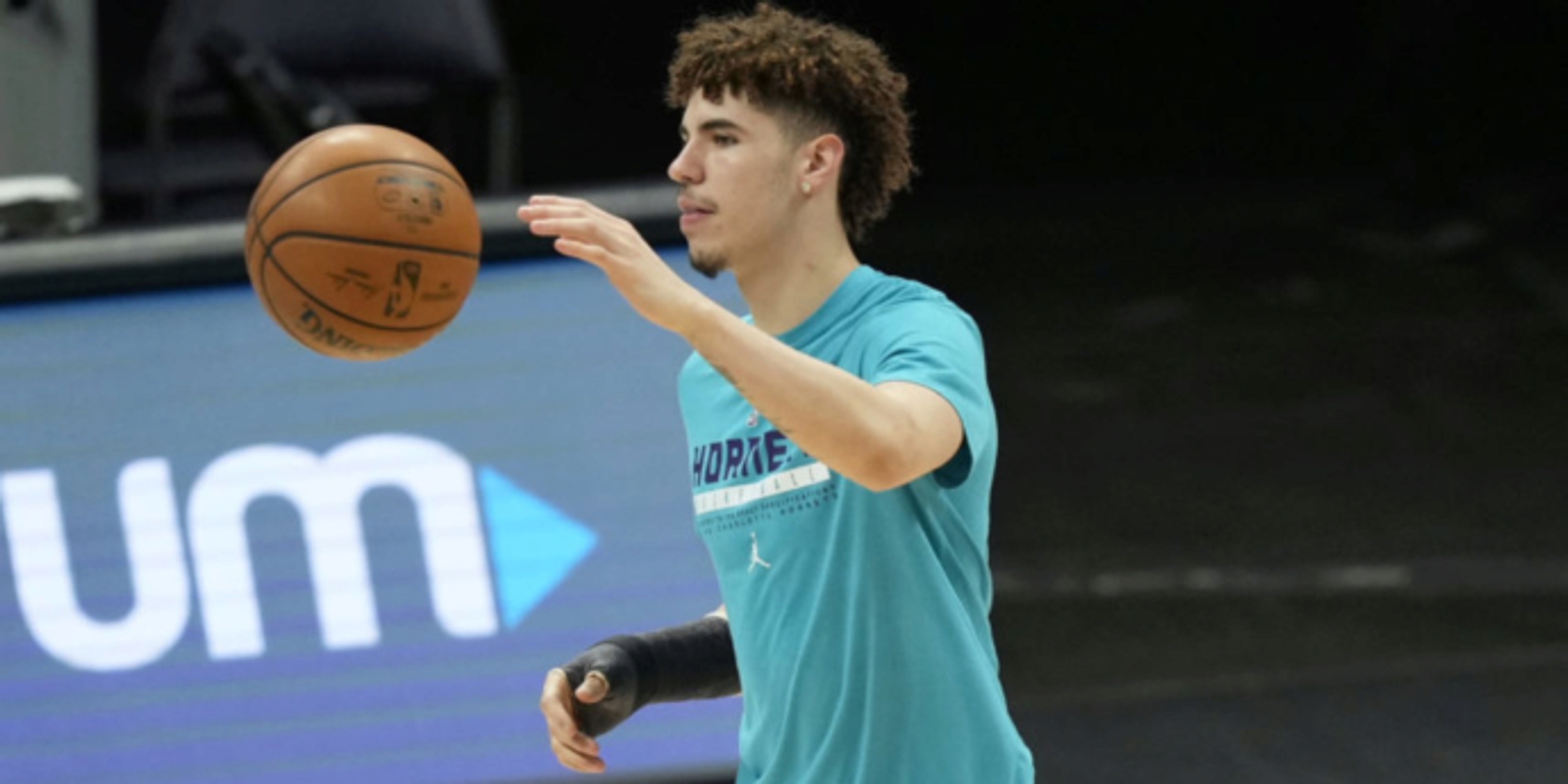 "The Charlotte Hornets announced that guard LaMelo Ball underwent further evaluation on his right wrist today by Dr. Michelle Carlson of The Hospital for Special Surgery in New York City. Ball’s cast was removed and a CT scan confirmed the wrist has healed. He has been cleared to return to individual basketball activity. Additional updates on Ball’s status and return to game action will be provided as appropriate. Ball sustained a fractured right wrist during the Hornets game against the LA Clippers on March 20."

Adrian Wojnarowski of ESPN added that there’s optimism that Ball could be ready to return to the lineup in 7-to-10 days, which is great news for the Hornets as they are in the midst of a tight playoff race in the Eastern Conference. Charlotte is currently 28-28, which puts them in the East's eighth seed.

In 41 games played this year, Ball has averaged 15.9 points, 6.1 assists, 5.9 rebounds, and 1.6 steals in 28.6 minutes per game. Before his injury, Ball was the clear-cut favorite to win the Rookie of the Year award. Depending on when he returns to the lineup, it's very possible that he still wins the award.