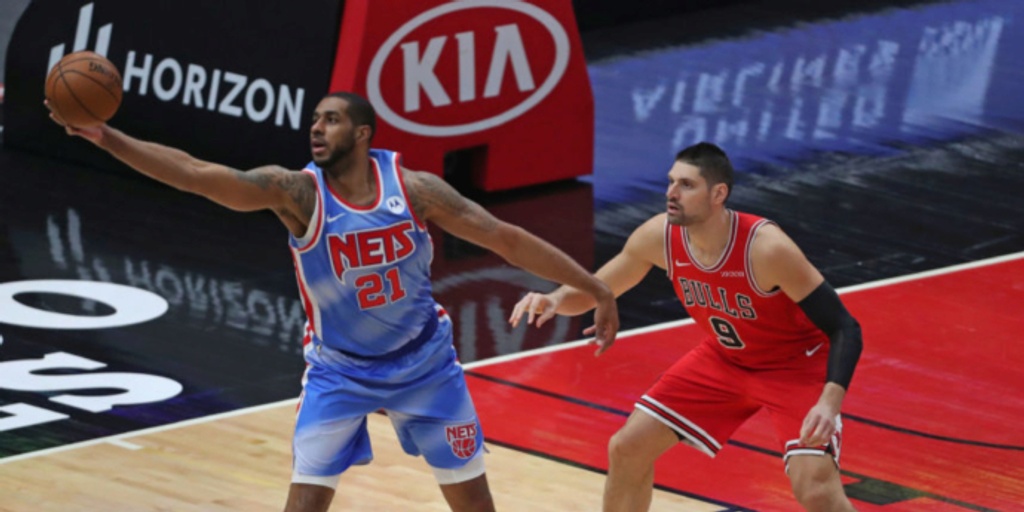 LaMarcus Aldridge: ‘I definitely wasn’t ready to hang it up’

In a wide-ranging interview with Shams Charania of The Athletic, LaMarcus Aldridge opened up on his career and his heart condition that led him to retire abruptly midway through the 2020-21 season.

"It was very tough. I definitely wasn’t ready to hang it up and I still felt like I had more to give to a team and I feel I had a lot to give to the Nets. I feel like they needed what I brought to the table, so it was really tough to walk away," he said in the interview.

Aldridge says he still battles depression from the shock of suddenly being away from the game. But he knew on April 10, when his heart started beating extremely irregularly, that he had to focus on his health.

"Basically, that night being so freaked out — and knowing I have kids, my mom, a lot of people depending on me and a lot of people that I want to see going forward — I just felt like I was blessed by God to play 15 years with this condition, and I didn’t want to push it anymore," he said.

Aldridge said the toughest part about his decision was losing the chance to potentially play for a championship with Brooklyn.

"That was the hardest part," he said. "Being in a position to get to the Finals and have an opportunity to be on that stage and be a part of history and make my mark. I had never been to the Finals. I’ve been to the West Conference finals, but not the actual NBA Finals. So it was a chance for me to make that next step, a chance for me to add to my legacy and see what it feels like."

Reflecting on his NBA career, Aldridge added that his time with the Portland Trail Blazers was rocky at first, as he felt the franchise didn't put their full faith behind him when he was drafted second overall. He also wishes he and current Blazers star Damian Lillard had developed a better relationship.

Aldridge retires as a seven-time All-Star and five-time All-NBA member. Lillard has advocated for Portland to retire his No. 12 jersey, and Aldridge hopes that happens one day.

"So I would love for them to retire my number. It would be a great honor for me to be up there and be part of that great history."