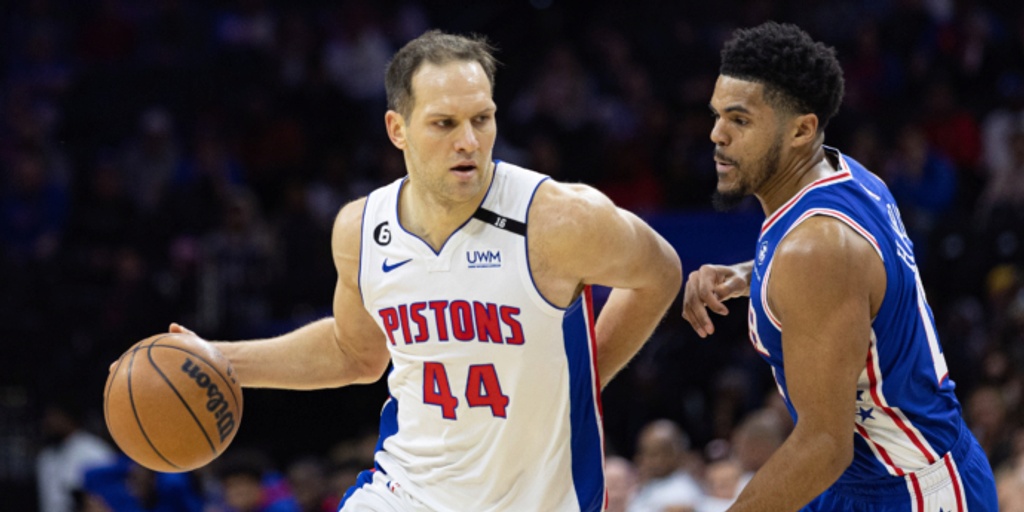 The Los Angeles Lakers continue to look around the league and guage the trade market. One player the team has been linked to for months is Detroit Pistons forward Bojan Bogdanovic.

In an article discussing the trade market, Howard Beck of Sports Illustrated mentions that "the Lakers and Pistons have discussed a deal that would include both Bogdanović and Nerlens Noel".

The Pistons have shown reluctance to move Bogdanovic unless they get at least an unprotected first-round pick. The 33-year-old is having a banner year, averaging 21.2 points, 3.6 rebounds and 2.8 assists shooing 48.7% from the field and 41.5% from three-point range.

Noel has been out of the Pistons rotation with the team giving playing time to young centers Jalen Duren and Isaiah Stewart. The Lakers have been looking for another big man and recently worked out DeMarcus Cousins and Meyers Leonard.

While previous talks between the teams had the Lakers including Patrick Beverley and Kendrick Nunn in a deal, the numbers wouldn't work with Noel's $9.24M salary unless LA also included three players on minimum contract.

The team could instead send Russell Westbrook and his $47.1M salary in a deal but the Pistons would have to add more players to match salaries.