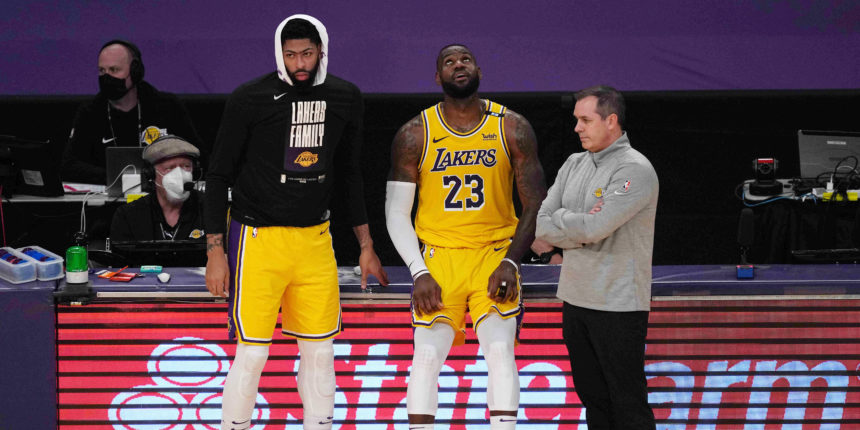 The Los Angeles Lakers' LeBron James is changing his jersey number from No. 23 to No. 6 ahead of the 2021-22 season, reports Shams Charania and Tim Cato of The Athletic.

Importantly, the swap is expected after the long-awaited Space Jam: A New Legacy releases in mid-July. Of course, James is no stranger to No. 6 as he wore it during back-to-back championship runs with the Miami HEAT a decade ago.

Over 45 games this season, James averaged 25 points, 7.7 rebounds and 7.8 assists – but the Lakers' injury struggles were too much and they bowed out of the playoffs last week against the Phoenix Suns.

Notably, Anthony Davis will likely retain the No. 3 jersey in Los Angeles.