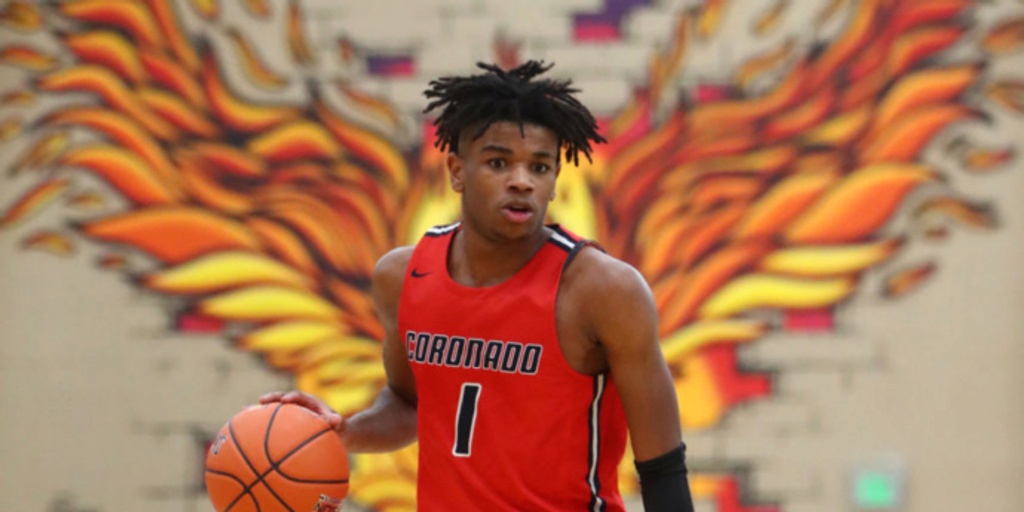 Jaden Hardy, the nation’s top guard among high-school prospects, has signed with NBA G League Ignite, NBA G League President Shareef Abdur-Rahim announced today in a press release. The five-star recruit is the No. 2 player in the Class of 2021, according to ESPN.

In the 2019-20 season, Hardy averaged 30.4 points, 9.1 rebounds and 8.4 assists as a junior at Coronado High School in Henderson, Nevada, earning the Nevada Gatorade Player of the Year and the Las Vegas Review-Journal’s Boys Athlete of the Year awards. Hardy was unable to play a normal season as a senior due to the COVID-19 pandemic, but he was still named a 2021 McDonald’s High School All-American and selected to the 2021 USA Nike Hoops Summit Team. A Detroit native, Hardy participated in three minicamps with the USA Basketball Men’s Junior National Team in 2019.

"Jaden Hardy’s most notable attribute is his ability to make shots from all over the court with endless range; however, don’t think he’s limited to just being an outside shooter, as Hardy is about as dynamic of a scorer as they come," said BasketballNews.com's NBA Draft analyst Matt Babcock. "He is effective at creating off the dribble, knocking down shots in the mid-range, and utilizing his superior athleticism to finish at the rim. Hardy will undoubtedly be one of the top prospects in the 2022 NBA Draft."

Hardy is the second top-10 recruit from the class of 2021 to sign with Ignite this year, joining power forward Michael Foster Jr. (ESPN No. 7). Hardy, Foster and Scoot Henderson (ESPN No. 7, class of 2022) will help lead a mix of top young standouts and NBA and NBA G League veterans looking to continue Ignite’s success from its inaugural year.