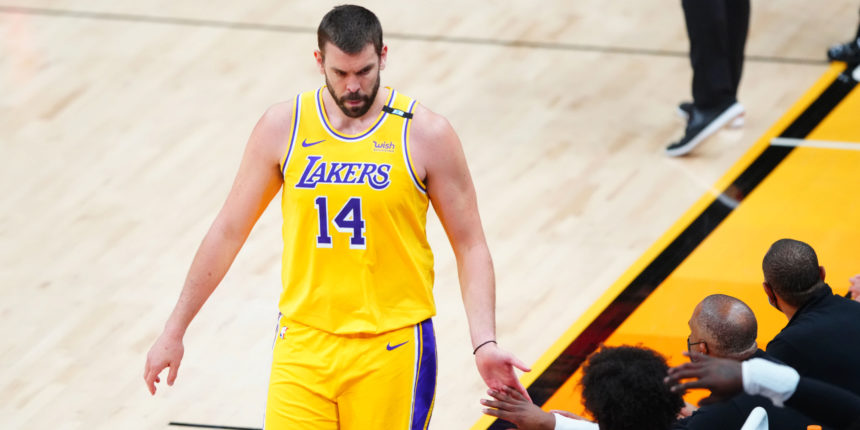 The Lakers have agreed to trade Marc Gasol, a 2024 second-round pick and cash to the Grizzlies for the draft rights to Wang Zhelin, sources tell ESPN. Deal saves Lakers $10M. Gasol and Grizzlies will work together on waiver and release to allow him to remain in Spain w/ family.

ANALYSIS: Reports of Marc Gasol exiting the Lakers had been circling around the media for about a month now and those reports became even more real after Los Angeles signed free agent center DeAndre Jordan last week. Gasol's playing days in the NBA could be coming to an end as he is not expected to suit up for the Grizzlies and will likely be waived and released in the coming days.