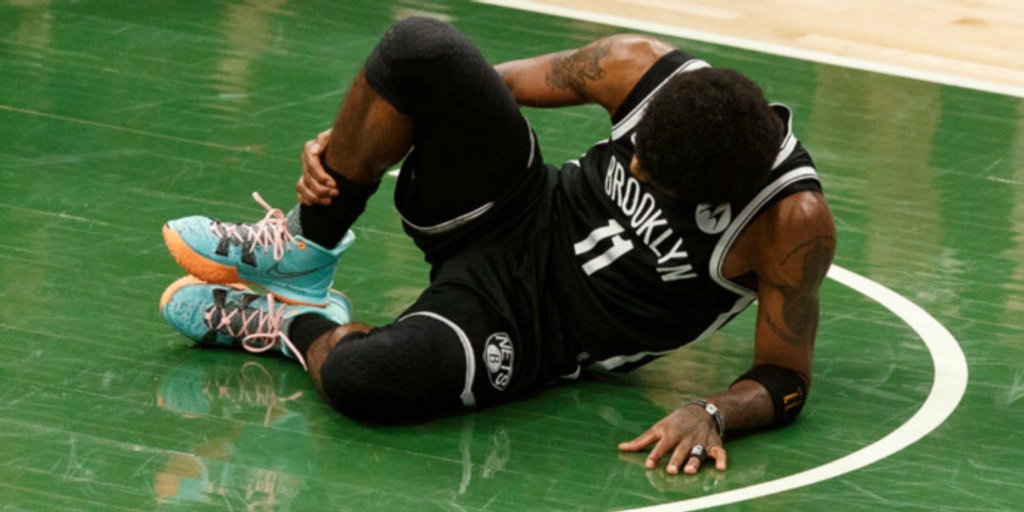 Brooklyn Nets point guard Kyrie Irving exited Game 4 in Milwaukee with a right ankle sprain, and he did not return due to what the team is calling a right ankle sprain. According to ESPN's Rachel Nichols, Irving left the building on crutches and in a walking boot.

Nets head coach Steve Nash said after the game that X-rays on Irving's ankle were negative. He will undergo further testing and treatment, per Nash.

In the instant replay, the All-Star appeared to have turned the ankle after he landed on the foot of Giannis Antetokounmpo while going up for a rebound.

Kyrie Irving appeared to roll his ankle while landing on the foot of Giannis Antetokounmpo. Irving limped to the locker room on his own. pic.twitter.com/CTxMM9s4nq

Irving's injury is yet another hit to the Nets, who are already without James Harden due to a hurt hamstring and just got Jeff Green back.