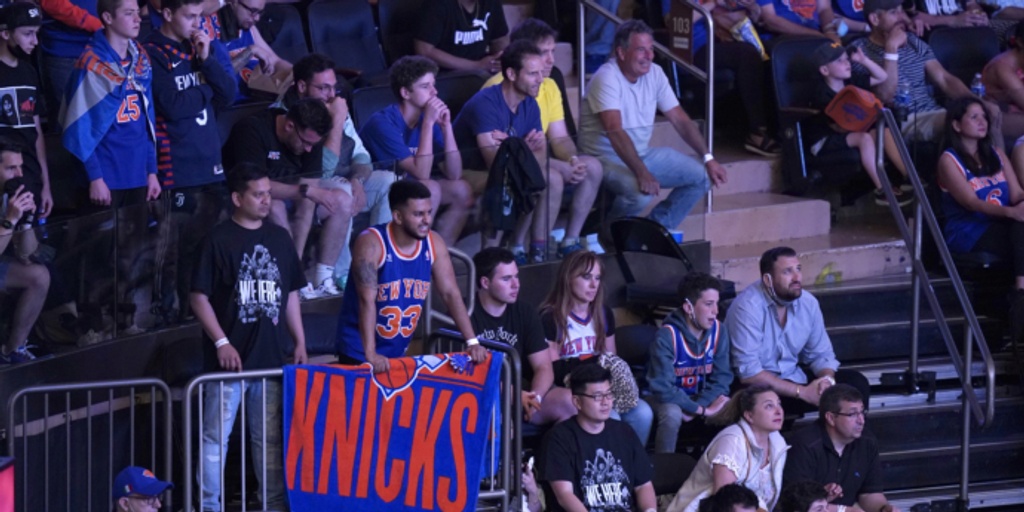 Knicks surpass Lakers as most in-demand NBA team on StubHub

After a busy offseason, the New York Knicks are the NBA’s most in-demand team entering the 2022-23 season, according to StubHub’s ticket sales.

For the last five seasons, the Los Angeles Lakers have had the best-selling tickets on StubHub, but they were surpassed by the Knicks this year. New York has seen their ticket sales nearly triple from last October to now.

The Lakers have sold the second-most tickets on StubHub, with nearly 70% more ticket sales than the third-ranked Toronto Raptors. Los Angeles plays in five of the season’s top-10 highest-selling games – the most of any team.

Here’s a look at the most in-demand teams on StubHub entering this NBA season:

“The new NBA season is seeing a massive 65% jump in ticket sales on StubHub compared to last year, anchored by New York and Los Angeles teams,” said StubHub spokesperson Adam Budelli. “With the lifting of COVID restrictions that impacted the start of last season in some major markets, the Warriors and Raptors return to prominence on this year’s list of top-selling teams and join the Celtics, Cavaliers and Mavericks in contributing to increased demand across the league.”

Which teams have seen the biggest year-to-year increase in ticket sales?

After trading for Donovan Mitchell, the Cleveland Cavaliers saw their ticket sales increase by a whopping 653% — the largest spike among all NBA teams. The defending-champion Golden State Warriors saw the second-largest increase (437%) entering this season.

Here are the teams who have seen the largest increase in ticket sales since last season:

“The next generation of NBA superstars are driving major jumps in demand for the Cavaliers and Mavericks,” said Budelli. “The addition of Donovan Mitchell to Cleveland’s talented core has the Cavs seeing a seven-fold increase in ticket sales compared to last season, while the Mavs’ nearly 300% spike in demand lands them in StubHub’s top-10 teams for the first time, on the heels of Luka Dončić leading Dallas to its first Conference Finals run in a decade.”

Here’s a look at the top-10 most highly-anticipated games of the 2022-23 season (based on StubHub's ticket sales):

“NBA games in New York and Los Angeles are bucket-list events, so it’s no surprise that the Knicks, Lakers, Nets and Clippers play in nearly all of our top-10 matchups of the season,” said Budelli.

The Knicks, Lakers, Nets and Clippers have accounted for "nearly 40% of league-wide ticket sales on StubHub” entering the season, according to Budelli.