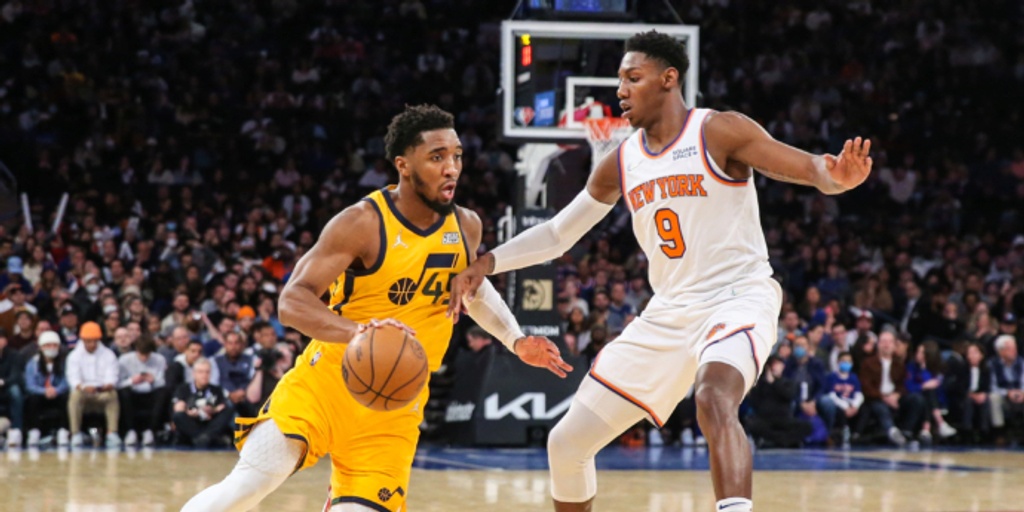 In recent weeks, the New York Knicks and Utah Jazz have been engaged in trade talks centered around All-Star guard Donovan Mitchell.

However, after the Knicks extended RJ Barrett, the negotiations have hit a roadblock, according to Adrian Wojnarowski of ESPN.

Barrett’s extension – which makes him the youngest $100M player in Knicks history at 22 --- ends weeks of New York/Utah trade talks on Mitchell, and forces teams to start discussions over with significantly different deal parameters because of the Poison Pill provision.

The Poison Pill provision makes it much more difficult to trade Barrett this year, as his outgoing salary in a trade would be $10.9 million, but his incoming salary for the team acquiring him would be $26.2 million. This restriction won't be lifted until July 1, 2023.

Knicks president Leon Rose gave the Jazz a Monday-night deadline to agree to a Mitchell trade. When the two sides failed to consummate a deal, New York proceeded with the Barrett extension instead.

New York’s Leon Rose set a Monday night deadline with Utah to reach an agreement on a trade for Mitchell – or the Knicks would commit to the Barrett extension, sources said. Knicks, Jazz closed gap on deal points in recent days on a Mitchell trade, but neither would go further.

The Jazz and Knicks can still find a pathway on a Donovan Mitchell trade, but it's just harder to do: Out of 179 NBA players who've had the Poison Pill restriction, only one -- Devin Harris in 2008 -- was traded. https://t.co/4frUsOZzNf

Bobby Marks of ESPN tweeted this helpful breakdown that shows why it's much tougher to deal Barrett now due to the Poison Pill provision:

Here’s an example of the poison pill restriction and the impact it has.

One column works and the other doesn’t.

Video coming to explain this pic.twitter.com/TCRJXBGQfD