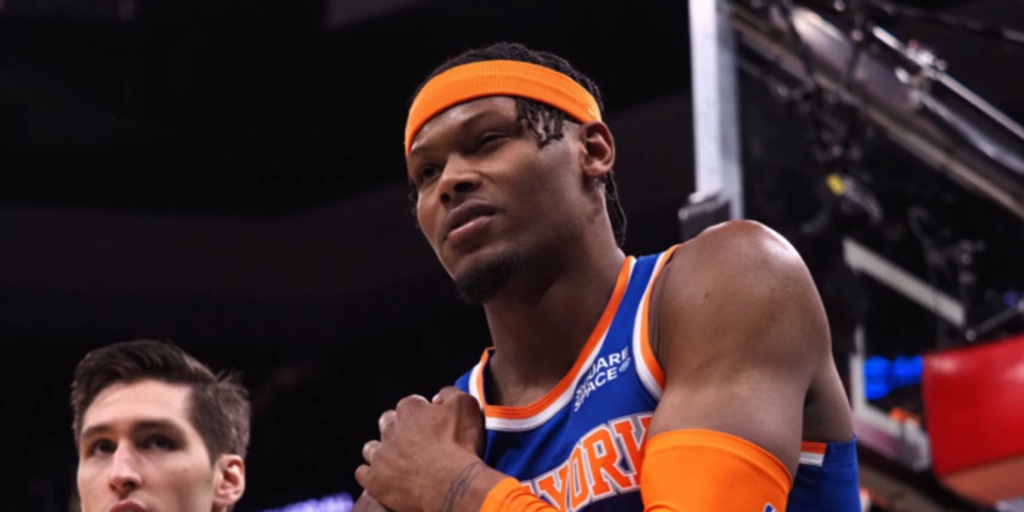 New York Knicks forward Cam Reddish will miss the remainder of the NBA season due to a separated right shoulder, according to Adrian Wojnarowski of ESPN.

New York Knicks forward Cam Reddish will miss the rest of the season with a right shoulder separation, sources tell ESPN. Reddish’s recovery timeline is expected to be in the six-week range, so he’ll be clear for a full summer of work ahead of the 2022-2023 season.

ANALYSIS: Reddish suffered the injury during the Knicks' win over the Kings on Monday night when he fell hard to the floor after trying to block a Davion Michell shot in the fourth quarter.

Following a midseason trade to New York from Atlanta, the third-year forward had been averaging 6.1 points, 1.4 rebounds and 0.7 assists in 15 games.