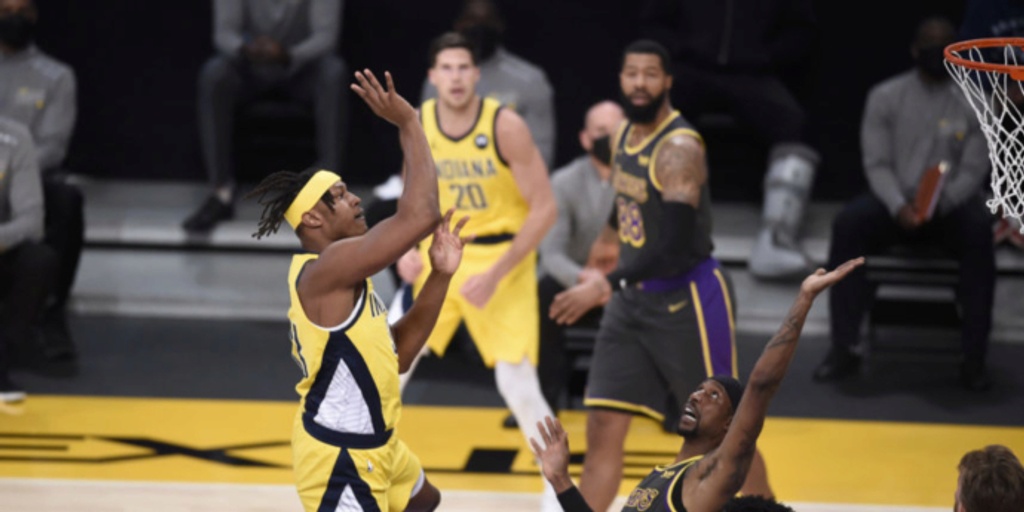 Knicks, Lakers among many teams interested in Myles Turner

The New York Knicks, Los Angeles Lakers and Clippers, Charlotte Hornets and New Orleans Pelicans are among the teams interested in Myles Turner.

ANALYSIS: Turner and the Pacers have stumbled in recent weeks, losing seven of their last nine contests. The defensive stalwart is averaging 13.2 points, 6.6 rebounds and a whopping 3.4 blocks per game with Indiana this season.

Michael also adds: "If there's a move to be made, league sources tell IndyStar, the Pacers aren't shopping Turner. Understand, however, the trade market can change on a dime. When they shipped Victor Oladipo to the Houston Rockets two months ago for LeVert, that kind of deal wasn't there before the season tipped."