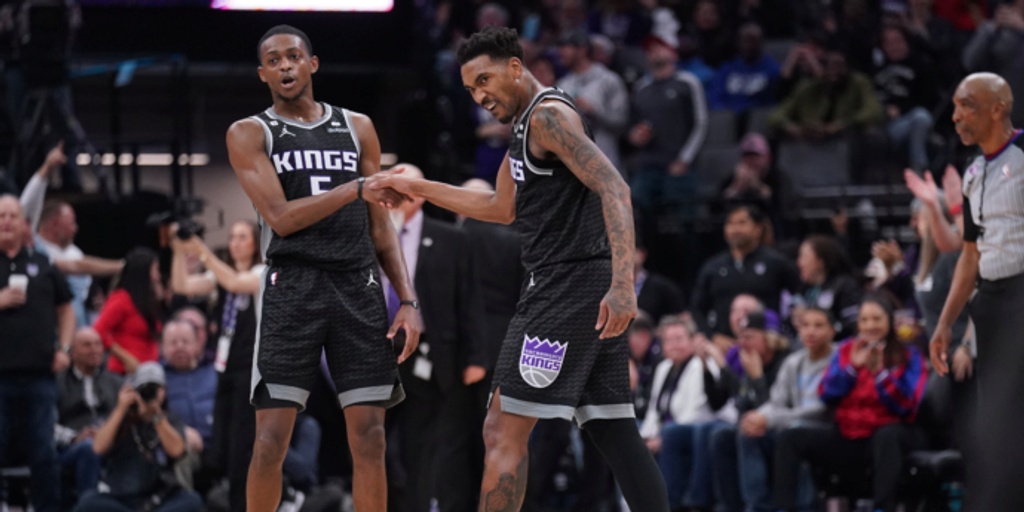 SACRAMENTO, Calif. (AP) — Trey Lyles scored a season-high 24 points, Harrison Barnes had 15 of his 20 in Sacramento’s record-tying first quarter and the Kings beat the short-handed Memphis Grizzlies 133-100 on Monday night.

The Kings tied the NBA record with 12 3-pointers in the first quarter — in just 13 attempts — and scored 47 points. But Sacramento didn’t put away the game until outscoring Memphis 33-10 in the fourth quarter.

“It’s nice,” Lyles said. “We have another game on Wednesday. Let’s see if we can do it again.”

Domantas Sabonis finished with 14 points, 11 assists and 10 rebounds for his sixth triple-double of the season. Sabonis leads the NBA in double-doubles with 36.

Keegan Murray also finished with 20 points and De’Aaron Fox had 17 points and 10 assists.

“Great team win,” Kings coach Mike Brown said. “I thought defensively in the second half, we were good.”

“They shot the ball really well tonight,” Brandon Clarke said. “We didn’t have an answer.”

“We have to focus on getting better and playing better against Golden State,” Grizzlies coach Taylor Jenkins said. “Just continue to play hard and play together and just try and find a groove.”

Grizzlies: Tyus Jones started in place of Morant and had 12 points, eight assists and six rebounds.

Kings: Sacramento was without C Chimezie Metu because of a left knee bone bruise. …the Kings committed a season-high 25 turnovers.