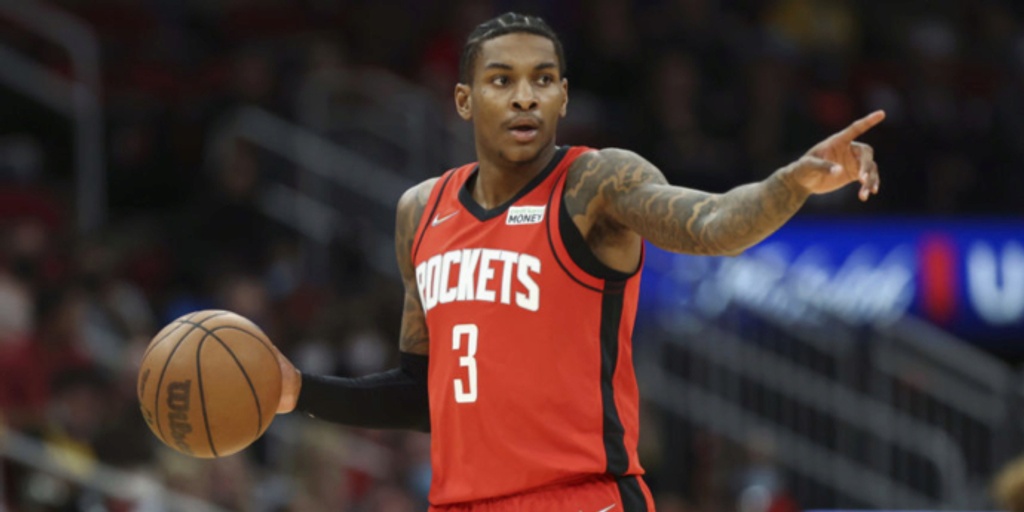 Kevin Porter Jr. is going to put it all together in Houston

The game is in good hands.

LeBron and Chris Paul are two of my favorite guys in the league, and the fact that they’ve managed to be this dominant for this long is truly amazing.

But both those guys are closer to the end than they are to the beginning, and I know that LeBron was probably thinking about the future this past week when, in back-to-back games, he saw Kevin Porter Jr. going toe-to-toe with him, and then Ja Morant dropped 41 on him and the Lakers.

To me, that showdown with Porter was special, though. For more reasons than one.

Houston became my second home a long time ago, even before Denver traded me to the Rockets in 2002. It’s funny; by the time I was traded there, I had already made Houston my offseason home.

Aside from my hometown of Cleveland, it’s safe to say that’s where my heart is. As a result, I have a soft spot for the Rockets.

When James Harden decided it was time to move on, everyone knew that Houston would be rebuilding, but they already seem to have a few pieces. And on Tuesday night, Porter got a chance to show what he could do. It came in a loss, but he had 22 points, five rebounds and nine assists. Against LeBron, I know it was a special game for him.

Like most others, I first heard about Porter when he was at USC — people in the league were talking about him. Truth be told, that’s not uncommon. There’s a lot of scouting going on and a lot of people watching a lot of college games and all that, so when there’s someone out there who seems like they have a shot to be good, word gets out. Porter was one of those guys whose name was mentioned.

His rep was that he was an athletic guard who could shoot, create for himself and play above the rim. I saw him play a few times earlier on in his career, and I mostly agreed with the scouting report.

Things didn’t really work out with him in Cleveland for whatever reason, but he’s been showing what he can do in Houston.

After being around the league for as long as I have, you get to understand that a lot of the time, guys succeeding and fulfilling their potential has just as much to do with them getting a chance in the right situation as it does their personal talent and motivation. And I’ll tell you something else: having someone like John Lucas in your corner definitely helps.

Officially, Luc is a player development coach for Houston, but he’s a father figure to the entire program. He does a lot for the organization and its players. He’s a player development coach, a mentor, a psychiatrist and someone who has just seen and experienced pretty much everything there is to see. A lot of the time, having that kind of guidance is what makes the difference for a lot of young players coming into the league, and I bet it’s made a difference for Porter, too.

I’ve known Luc for more than 20 years and he’s helped a lot of players learn how to be professionals and understand what success in the NBA requires. Even though he doesn’t really get the press and notoriety that he deserves, I can tell you firsthand that he’s been a savior for a lot of players, and definitely a few, like Porter, whose careers didn’t get off to the best start.

So when I saw Porter going toe-to-toe with LeBron on Tuesday night, it just made me feel good. Even though I don’t know Porter personally and haven’t worked with him at all, all coaches have this thing in common: we love to see young players put it all together and find success.

The only thing that was better than seeing Porter do his thing against the Lakers was him reflecting on his relationship with LeBron after the game. Porter admitted that it felt good holding his own against his “big brother,” the King, even if his team fell short in the end.

For a young player trying to find his way, with the support system that Porter has certainly found in Houston, as well as the acknowledgement from older players that he respects — I’m sure it’s going to make a big difference for him and take him a long way.

After tonight's game Kevin Porter Jr talked with the media about his matchup with LeBron James @HoustonRockets on AT&T SportsNet #Rockets #LightTheFuse pic.twitter.com/Ojx9Dees1l

Personally, I never had a relationship with Michael Jordan, but I still remember what it felt like to guard him in an NBA game. I had the honor of going up against MJ while he was in Washington.

Growing up, like most kids, I tried to palm the ball like MJ, shoot the fadeaway like him and mimic his moves. So when I found myself standing in front of him on an NBA court trying to stop him, I was almost in awe. Like, I felt like I made it. He obviously got the better of me (to say the least), but I just felt inspired even being on the court with him.

Even though Porter's been in the league a few years now at this point, Tuesday night’s game was really the first time that he looked like he belonged out there playing against ‘Bron, and I think it’ll encourage him to keep pushing forward.

Like I said, man, the league is in good hands, and in the not-so-distant future, with Porter seeming like he’s found a good situation in Houston, the Rockets might be on to something.