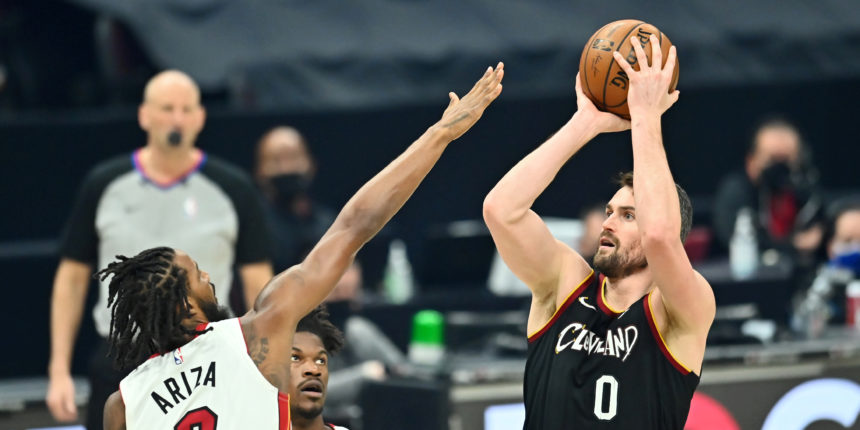 Kevin Love: 'If I was wearing a Portland jersey, that's special'

On Chris Haynes' Posted Up podcast, Kevin Love revealed that he'd love to play for the Portland Trail Blazers.

"Portland is always gonna be a special place in my heart," Love said. "Whether it be at the end of my career, whether it be in six months, whenever it would be -- if I was wearing a Portland jersey, that's special. That's playing at home."

“Who wouldn’t want to play with Dame Lillard?...If I was wearing a Portland jersey, that’s special. That’s playing at home.”

The Cavs big is from Oregon and played in high school at Lake Oswego. He has spent the past eight years in Cleveland after coming over via trade to join LeBron James in 2014. Love is averaging 11.5 points and 6.8 rebounds this season.