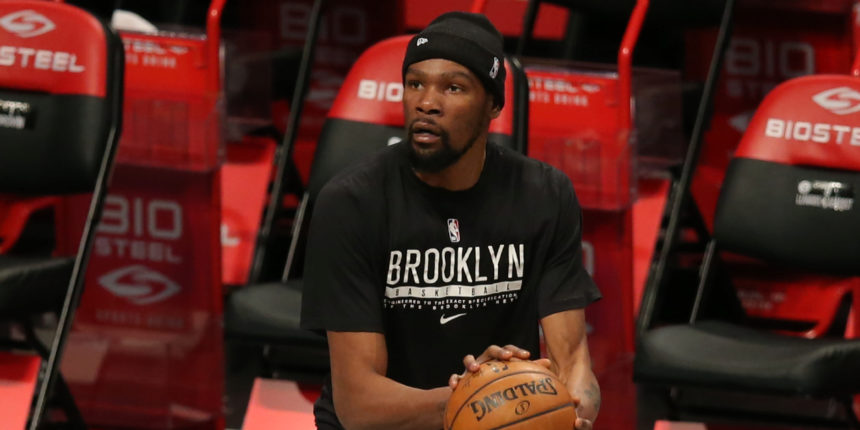 On Friday the Brooklyn Nets announced that Kevin Durant will not play again until after the All-Star Break as he continues to deal with a hamstring injury sustained earlier this month.

The Nets have three games remaining prior to the break, with contests against Dallas, San Antonio, and Houston before All-Star Weekend.

This season, Durant is averaging 29 points, 7.3 rebounds, and 5.3 assists per game, but has only played in 19 games due to time in the NBA's Health and Safety Protocol and his injured hamstring. Since All-Star guard James Harden was acquired via trade from Houston, Durant has only played in seven games.