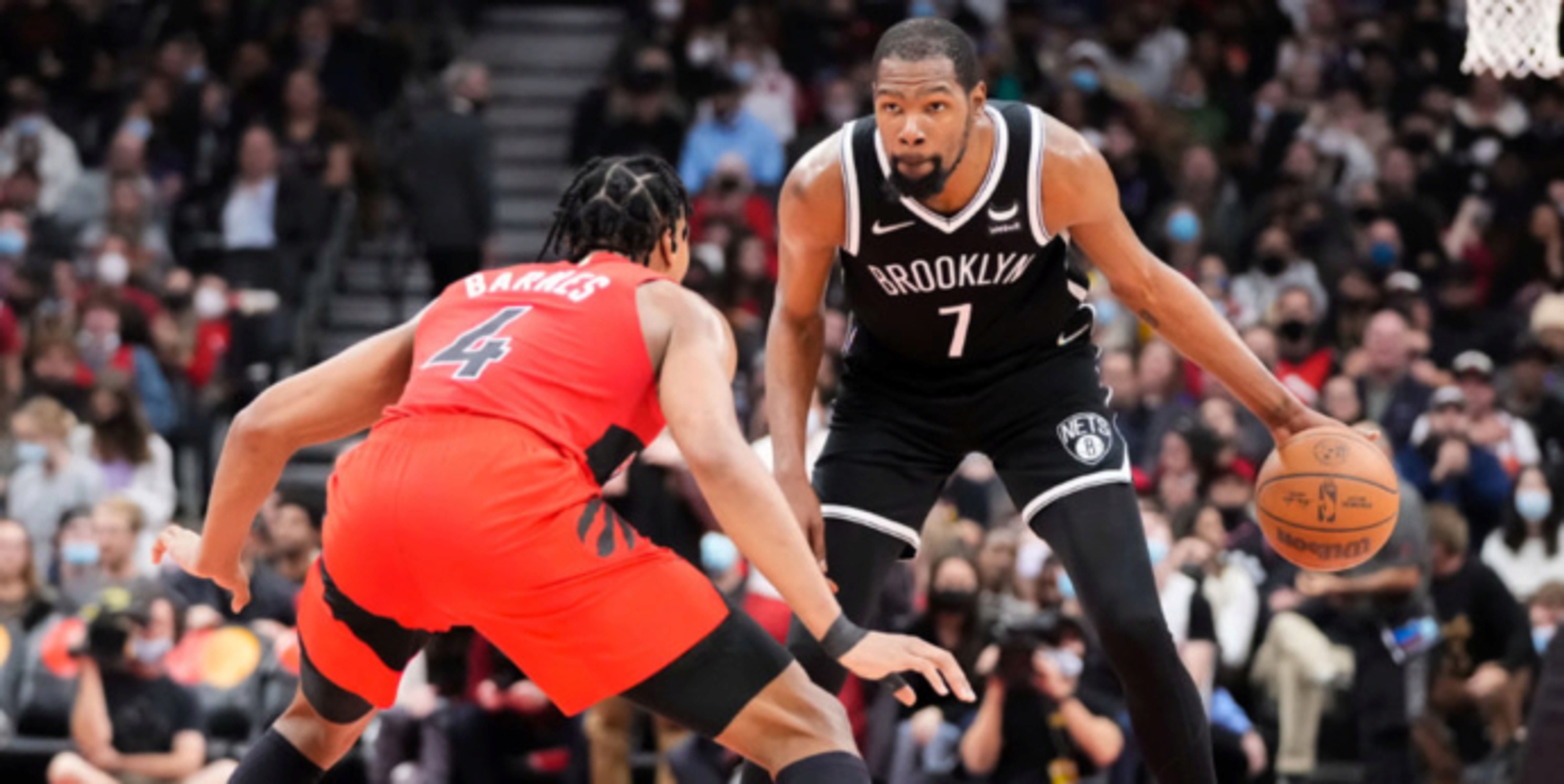 Durant praises 2021 NBA Draft class: 'I like this rookie class a lot'

Kevin Durant is a basketball junkie. When he isn’t lighting up opposing teams on the court, he’s often studying film or watching games on NBA League Pass.

Because he watches so much basketball, Durant can offer up informed takes and detailed analysis of players and teams around the NBA. That’s why Durant was the perfect first guest for the new #NBAHooperVision stream, which is hosted by Jamal Crawford and Quentin Richardson.

During the broadcast, Crawford asked Durant which young NBA players he likes the most, and the two-time champion used this opportunity to praise the 2021 rookie class.

“I like a lot of the rookies this year,” Durant said. “I like Scottie Barnes. I like [Chris] Duarte. We played them a couple of weeks ago. He reminds me of an old-school shooting guard. [He’s] quick off the catch and can shoot the mid-range off a couple of dribbles too. He’s got good size. I like him. I like him a lot. I like this rookie class a lot.”

.@KDTrey5 discusses this year's #NBARooks class with @JCrossover and @QRich!

Barnes has been one of the biggest surprises among this year’s rookies, as he was initially viewed as a raw prospect who would take some time to develop. After all, during his lone collegiate season, he only started seven contests and averaged just 10.3 points, 4.0 rebounds and 4.1 assists in 24.8 minutes per game. However, Barnes has been excellent for the Toronto Raptors, starting every game and averaging 14.6 points, 8.4 rebounds, 3.3 assists, 1.1 steals and 0.6 blocks in 34.9 minutes per game.

Duarte was playing 35.9 minutes per game over the first month of the season, as the Indiana Pacers were without Caris LeVert, Malcolm Brogdon and Jeremy Lamb for multiple games. The 24-year-old made the most of this opportunity and showed why he was considered one of the most NBA-ready players in this class. However, he’s come back down to Earth a bit recently, and he’s averaging just 23.1 minutes over the last six games. Still, on the season, Duarte is averaging 13.4 points, 4.2 rebounds, 2.0 assists, 1.9 threes and 0.9 steals, and he’s been one of the most efficient rookies with 43.4/39.2/76.5 shooting splits.

Several weeks ago, after the Brooklyn Nets' 96-90 win over the Detroit Pistons, Durant also praised No. 1 overall pick Cade Cunningham.

“I love Cade’s game,” Durant said. “I think he’s going to be a tough, tough cover for a long, long time. I got to know him while he was in high school, so we built a little relationship. To play against him in the NBA is what we had a lot of conversations about — being on this level and what it took. He battled some injuries to start, but to come out here and play aggressive tonight [was big]. He hit some big shots for them. I’m happy for him and looking forward to seeing his career... This is really one of my guys.”

It remains to be seen how the 2021 NBA Draft will stack up alongside other classes in the long run, but the early results have been promising.

Be sure to check out BasketballNews.com’s top-10 rookie rankings.